Niall Ferguson trolls everyone in Newsweek 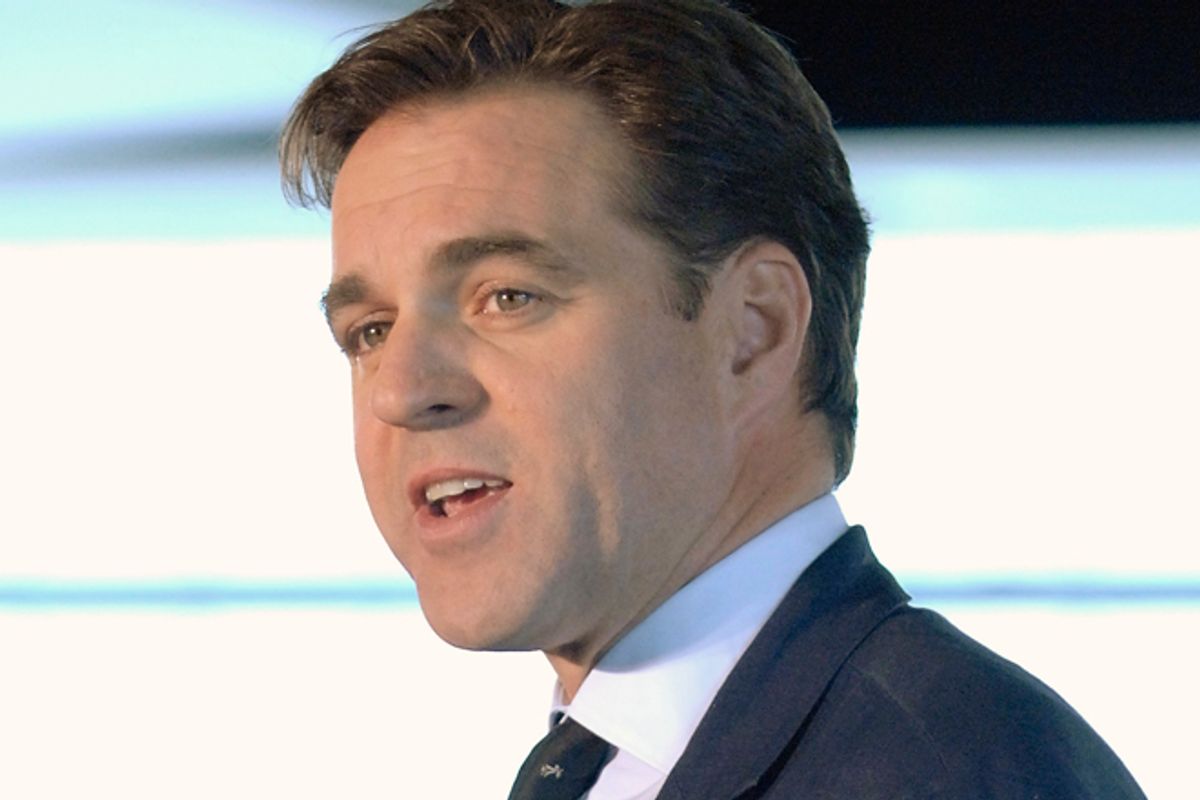 Niall Ferguson is an intellectual fraud whose job, for years, has been to impress dumb rich Americans with his accent and flatter them with his writings. It's a pretty easy con, honestly, if you're born shameless and British (or French). His main argument is that Western Civilization as embodied by the British Empire is awesome and wonderful even though it traditionally involved quite a bit of killing and enslaving of non-Westerners. Since becoming an insufferable American political commentator he's decided that America needs to cut Medicare and spend the savings on fighting neo-imperialist wars with an army made up of "the illegal immigrants, the jobless and the convicts." (Also he sued the London Review of Books for publishing this devastating review of his career.)

So Ferguson wrote a Newsweek cover (Newsweek has become "trolling America weekly" since Tina Brown took over) about how he thinks Obama shouldn't be president anymore, and while there are tons of very legitimate and compelling arguments against the Obama presidency, Ferguson instead based his article on a bunch of crap he made up. And the piece is full of just really obvious fallacies and little moments of mendacity like this:

In an unguarded moment earlier this year, the president commented that the private sector of the economy was “doing fine.” Certainly, the stock market is well up (by 74 percent) relative to the close on Inauguration Day 2009. But the total number of private-sector jobs is still 4.3 million below the January 2008 peak.

So his piece is just fundamentally dishonest, top to bottom. Like, he says: "The president pledged that health-care reform would not add a cent to the deficit. But the CBO and the Joint Committee on Taxation now estimate that the insurance-coverage provisions of the ACA will have a net cost of close to $1.2 trillion over the 2012–22 period." Except costing money isn't the same thing as increasing the deficit, if the provisions are paid for, which the CBO says they are.

When Paul Krugman called him on this, Ferguson's response was exactly the sort of thing you expect from a respected academic: He points out that his statement was technically not a lie even though it was plainly intended to give a false impression to the reader. (His response to Krugman also contains a quote truncated in order to once again misrepresent its original meaning.)

After Krugman, James Fallows weighed in to apologize for being an alum of the school where Ferguson is a tenured professor. (Guess which school!) (It's Harvard, duh.) And Fallows takes apart a couple more BS Ferguson assertions, and also digs up some of Ferguson's more embarrassing past hits, like when he compared Obama to Felix the Cat because both are "black" and "very, very lucky."

Then the Atlantic actually published a complete fact-check of Ferguson's story, which is not really the sort of thing one respectable middlebrow general interest magazine usually does to another. But Niall Ferguson is so awful, the gloves come off!

He lives for this, though. Every "fact-check" just makes him more powerful. The only answer is to deport him and build a fence along the Atlantic coast and around all of the Ivy League schools.