Atheists and agnostics have made some of our most groundbreaking discoveries 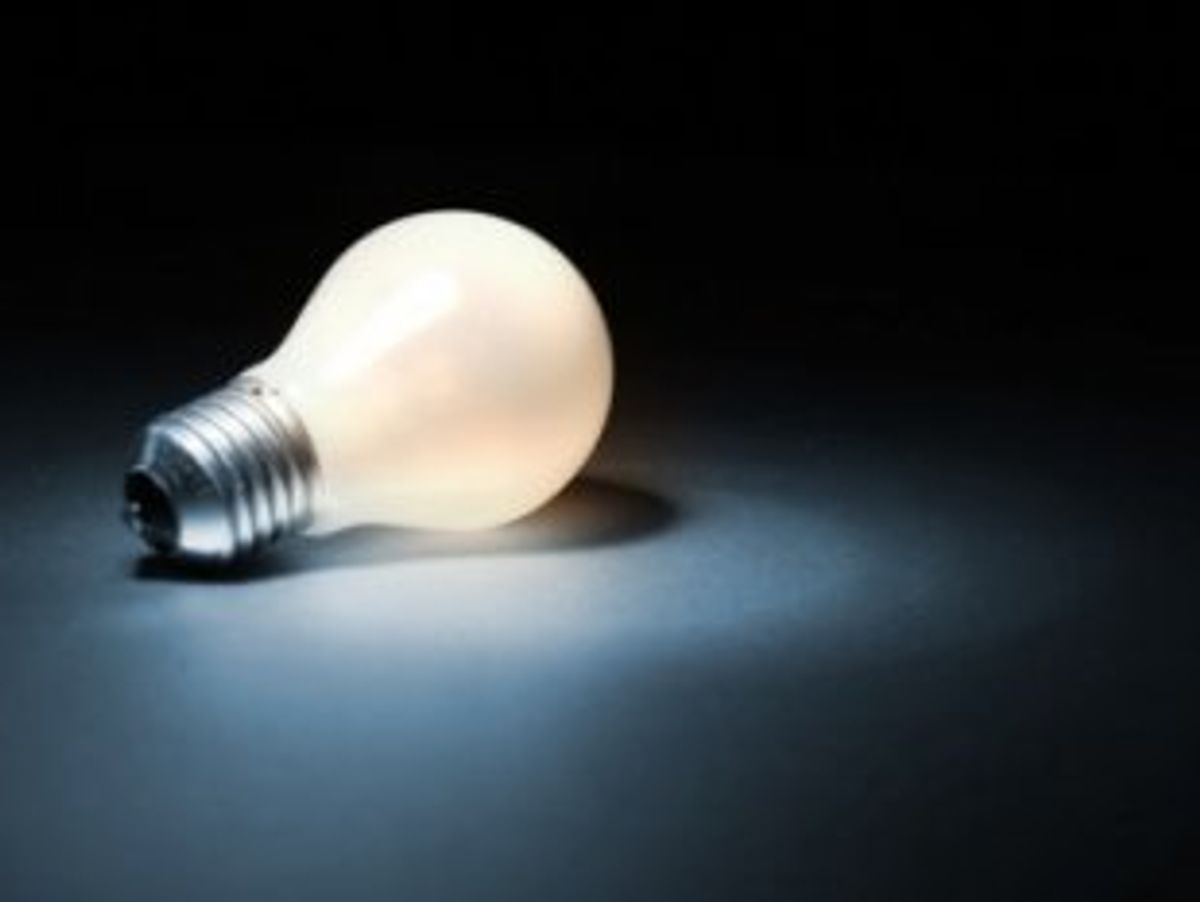 It's common knowledge -- or it should be -- that atheists are among the most reviled and mistrusted groups in America. We consistently come in at the bottom of polls about who Americans would vote for, who they would trust, who they want to marry into their families, who they think shares their view of how the world should be.

But it's also the case that non-believers -- not atheists as a group, but certain individual atheists and other non-believers -- are among our most respected and beloved heroes. Not everyone knows that these people aren't religious, of course... but they're not. And scientists are among the most admired of those heroes. Maybe it's because scientists are more likely to be non-believers than the general population... and the more advanced in their field they are, the more true that becomes. Or maybe it's because great scientists -- American or not -- embody the old-fashioned American values of exploration and curiosity, the willingness to question and the passion for truth, persistence in pursuing dreams and courage in the face of adversity. (These values aren't uniquely American, of course -- but when people gas on about the American character, these ideals do tend to turn up in the conversation.)

So here are eight non-believing or agnostic scientists, whose work and lives and stories can inspire anyone -- atheist, religious, or other.

1) Stephen Hawking. What can I say? Dude can think. Dude is revising the entire way we think of the universe. Dude is on the cutting edge of explaining why the universe even exists. And dude doesn't believe in a personal God. He has written an entire book, The Grand Design, explaining that God isn't necessary to explain the origins of the universe. Quote: "Because there is a law such as gravity, the universe can and will create itself from nothing. Spontaneous creation is the reason there is something rather than nothing, why the universe exists, why we exist. It is not necessary to invoke God to light the blue touch paper and set the universe going." He has described the most important point of his book as being "that science can explain the universe, and that we don't need God to explain why there is something rather than nothing or why the laws of nature are what they are." He has said that, "The scientific account is complete. Theology is unnecessary." And he can be quite passionate on the subject: he's said that belief in Heaven or an afterlife "is a fairy story for people afraid of the dark." And no, he's not inspiring because he's disabled, and disabled people are here on Earth to overcome adversity and be courageous and give inspiration to the rest of us. Fuck that noise. Yes, of course, overcoming adversity is awesome. But Hawking would be inspiring if he came up with his ideas while doing one-handed push-ups.

2) Alan Turing. He's been called the founder of computer science, and the founder of artificial intelligence. The fact that you're reading these words on a computer -- the fact that you can send email, text your loved ones in an emergency, do your banking in seconds instead of hours, use your phone to look up weird facts at bars, and have access to every other way that computers have radically shaped and improved our lives -- is something you owe, in large part, to Alan Turing. But even more inspiring is the work he did cracking German codes during World War II. The cryptanalysis of the Enigma machines used by the Axis was "decisive to the Allied victory" -- those are the words of Dwight D. Eisenhower. And Turing was one of the most brilliant and most central people responsible for it. Turing's story is actually pretty sad. Despite the years of devoted work he did for his country -- work that arguably saved his country -- Turing was prosecuted for homosexuality (a crime at the time in England). He was given a choice between prison and chemical castration; chose the latter; and committed (probable) suicide two years later. The way he was treated by his country was despicable and tragic. But his story is also inspiring. And it gives the lie to the ridiculous notion that, without belief in God, people would have no meaning to their lives, no basis for ethics, and no reason to care about anyone other than themselves. Turing was an atheist -- he let go of his religion as a teenager, when a close friend died of tuberculosis and he decided materialism made more sense than religion -- and he devoted years of his life to his country, and to halting the spread of fascism.

3) Rosalind Franklin. Rosalind Franklin's story is also a bit sad. A researcher in biophysics, her work was crucial in Watson and Crick's discovery of the DNA double helix structure. In fact, according to Francis Crick, her data was "the data we actually used" to formulate their hypothesis about the structure of DNA. But her data was obtained under less than ideal circumstances, by Watson and Crick without her knowledge, and she died without ever being properly credited for the work she did. But she's an inspiration as well. I mean... DNA. Come on. It's one of the most fundamental ways we have of understanding ourselves and our place in the world. She made understanding it possible. And she did this at a time when it was exceedingly difficult for women to even get into science, much less do groundbreaking, earth-shaking, brain-rearranging work in it. And yes. Big old non-believer. From one of her letters: "I agree that faith is essential to success in life ... but I do not accept your definition of faith, i.e. belief in life after death. In my view, all that is necessary for faith is the belief that by doing our best we shall come nearer to success and that success in our aims (the improvement of the lot of mankind, present and future) is worth attaining ... I maintain that faith in this world is perfectly possible without faith in another world."

4) Neil deGrasse Tyson. I was a little reluctant to include Tyson in this list. Tyson doesn't call himself an atheist, he calls himself an agnostic, since he associates the word "atheist" with "activist atheist," and generally resists being identified with the atheist movement or any other "ism." (For the record: I think his definition of atheism is inaccurate and overly narrow.) But this isn't a list of inspiring atheist scientists. It's a list of inspiring non-believing scientists. Tyson is definitely a non-believer. In fact, his agnosticism, as he describes it, is pretty much indistinguishable from most atheists' atheism. And he's definitely inspiring. The fact that he's director of the Hayden Planetarium -- and that this is among the least well-known of his accomplishments -- is a good sign of just how awesome he is. He may be the best science communicator of our generation. He is extraordinary at explaining science to non-scientists, in a way that isn't patronizing or dumbing-down. He makes science seem exciting, fun, important, moving, joyful. All of which it is. And he communicates this joy to millions.

5) Alfred Kinsey. In the face of vehement hostility and vilification -- including a congressional investigation that resulted in loss of funding for his research -- biologist Alfred Kinsey dedicated his life to a scientific, evidence-based understanding of human sexuality. With its frank discussion of the realities and prevalence of homosexuality, bisexuality, premarital sex, extramarital sex, masturbation and more, his research radically changed the way we understand and experience our sex lives. And it both broke the ground and laid the groundwork for every scientific study of human sexuality since. Kinsey's passionate pursuit of truth, even when it defied convention; his passionate commitment to the advancement of knowledge that could demolish toxic misinformation about sex; his passionate devotion to the promotion of human happiness in some of the most pragmatic, down-to-earth ways imaginable... this can inspire us all.6) Eugenie Scott. This woman kicks ass and takes names. Specifically, she kicks the asses and takes the names of people who are trying to teach religious creationism in the public schools. An anthropologist by training and trade, since 1987 she has been executive director of the National Center for Science Education -- the leading organization working to keep evolution and climate science in public school science education, and working to keep creationism and climate change denial out of it. If you have kids in the public schools, she has dedicated her life to ensuring they get an actual, evidence-based science education -- and to ensuring that their religious training is left up to you, and isn't in the hands of the government. Like Neil deGrasse Tyson Eugenie Scott doesn't call herself an atheist. Instead, she calls herself a non-theist and humanist, and has said, "I believe there is nothing beyond matter and energy." That's plenty good enough for this list. Another non-believer who works like crazy to make this world a better place -- and who can inspire anyone to do the same.

7) Andrei Sakharov. Sakharov was a Soviet nuclear physicist, and was one of the developers of the Soviet atomic bomb. I know. Less than inspiring. But he is far better known as a Nobel Peace Prize-winning human rights activist, free speech advocate, courageous dissident against Soviet repression, and tireless opponent of human rights violations everywhere. As a result of his writing and activism, he was stripped of his job, publicly denounced by the government, robbed of manuscripts by the KGB, arrested, internally exiled to Gorky, and force-fed during a hunger strike. He continued with his activism nonetheless... literally until the day he died. And... oh, yeah. Atheist.  The child of a pious mother and a passionately atheist father, Sakharov became an atheist at age 14, and remained one for the rest of his life. In 1988 he was given the International Humanist Award by the International Humanist and Ethical Union.