Even as the GOP rushes to distance itself from Todd Akin, the party's platform reminds us how radical it has become 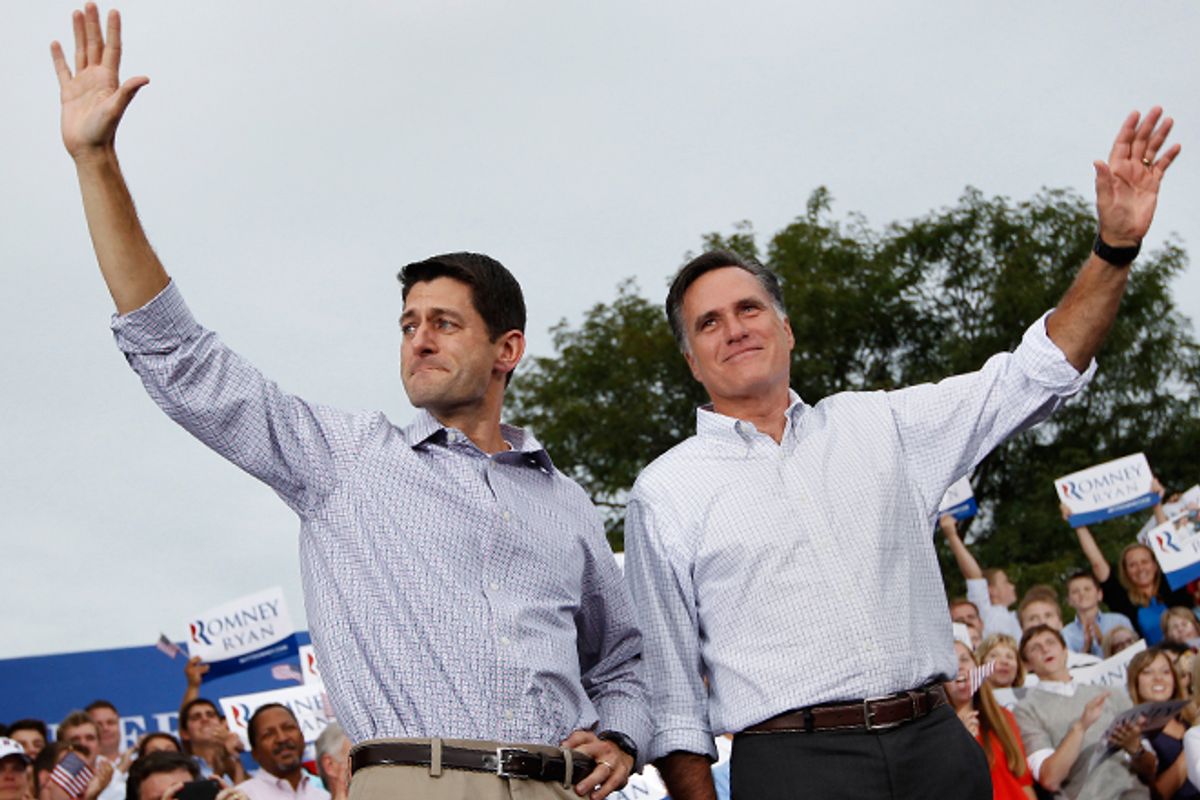 "The platform calls for a constitutional amendment outlawing abortion, even in the case of rape and incest," noted CNN, which "sweeps beyond the stated positions" of the candidate.

That candidate, an antiabortion activist told CNN, "kind of has to reestablish contact with the conservative majority of his party." He added, "So, I think he's starting down that process now, and assuming that it continues that way for the rest of the convention, we're going to -- I think conservatives are going to be happy."

It was 1992, and the candidate in question was President George H.W. Bush, who officially backed such exceptions. Back then, pro-choice Republicans, or moderate ones, weren't a wholly endangered species and were putting up a real fight from within. But over the years, the social conservative takeover has made that fight either futile or near-invisible, bringing us to today's GOP call for a Human Life Amendment in its forthcoming party platform. Once again, we have a presidential candidate whose fealty to the Christian right is still being questioned. Once again, the platform language has no exceptions for rape and incest, which is the current position professed by the Romney-Ryan campaign, notwithstanding how temporarily uncomfortable this widespread position has been made by Todd Akin.

Nor did much change between Bush I and Romney, in terms of the party platform on abortion or presidential candidates' acceptance of it. In 2000, for example, the AP reported that George W. Bush declined to reconcile the dissonance between his stated views and that of the platform: "Bush believes abortion should remain legal in cases of rape, incest or to save the life of the woman — exceptions not specified in the platform — but he chose not to challenge the party’s social conservatives on the issue." There were still pro-choice Republicans putting up a fight at that point, but they were outvoted in their attempts to either take abortion out or note "recognition and respect" on both sides.

In 2008, McCain faced the same dilemma, but he also didn't bother to fight it. (Also, as Romney has with Ryan, McCain chose a running mate with a more consistent view on abortion rights than himself.) The New York Times noted back then that "McCain in fact did little to push for the exceptions, and told Glamour on July 30 that he had 'not gotten into the platform discussions.'”

Abortion planks in party platforms are not necessarily immutable things. In fact, that same year, Democrats removed the Clinton-era "safe, legal and rare" language on abortion, which many pro-choicers have pointed out stigmatizes women who need abortions. But for latter-day Republicans, abortion and the broader regulation of sexuality, including limiting access to contraception, have become such defining issues that they are basically untouchable.

Here is the language, according to CNN, that Republicans have just adopted: "Faithful to the 'self-evident' truths enshrined in the Declaration of Independence, we assert the sanctity of human life and affirm that the unborn child has a fundamental individual right to life which cannot be infringed. We support a human life amendment to the Constitution and endorse legislation to make clear that the Fourteenth Amendment's protections apply to unborn children."

There's been some talk that this represents a wholesale adoption of "personhood" language -- meaning an obsession with an unimplanted fertilized egg that would carry such a ban over to hormonal birth control and the IUD -- but the language is vague, probably intentionally so. Over the past 40 years, the label "Human Life Amendment" has been slapped on some pretty disparate language introduced in Congress, from “A right to abortion is not secured by this Constitution. The Congress and the several States shall have concurrent power to restrict and prohibit abortions," to a more expansive version stipulating that "abortion means the intentional destruction of unborn human life, which life begins at the moment of fertilization."

The fact that Republicans are no longer even struggling over this point, except for maybe in how far they want to go in defining birth control or fertility treatments as abortion, shows how complete the social conservative takeover has been. Back in 2000, Phyllis Schlafly said of pro-choice Republican activists, ''They're losers." She's right. She won.