It's not a religious contradiction to support choice. And the men who think they know better aren't God 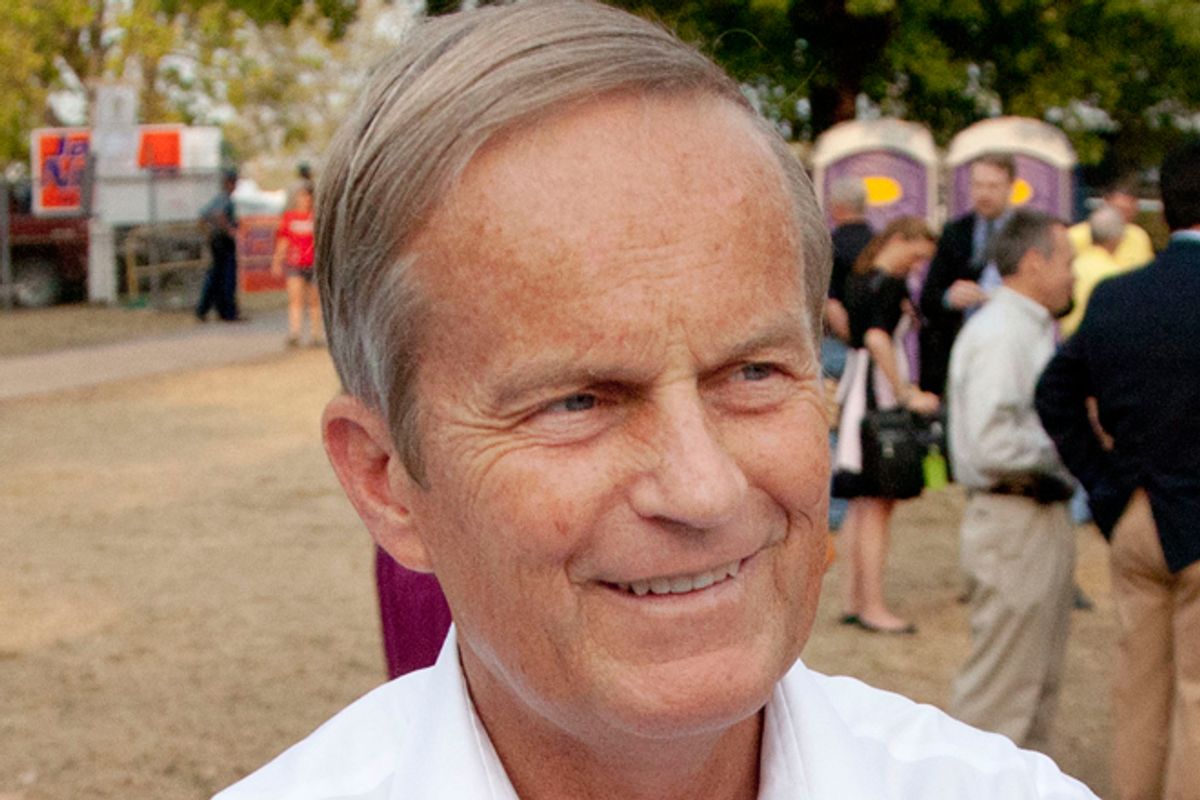 When Todd Akin made just the latest in a long line of conservative displays of ignorance and animosity toward women and their Supreme Court-given right to terminate their pregnancies, it was yet another Great American Moment in Falseness. Conservatives like Akin – and vice-presidential candidate Paul Ryan, who has cast an impressive 59 anti-choice votes in his time in the House – would have you believe there are only two sides to the abortion issue. There's the good and holy, life-affirming Christian one, and the secular, culture of death one.

Hey, look -- who's that occupying the White House right now? Why, it's Christian Barack Obama, who supports upholding Roe v. Wade and says that "A woman's ability to decide how many children to have and when, without interference from the government, is one of the most fundamental rights we possess. It is not just an issue of choice, but equality and opportunity for all women." Even Catholic Vice President Joe Biden, who has said that he believes "as a matter of faith to accept that life begins at the moment of conception," has a consistent record of supporting a woman's right to choose. It's not so unusual. A generation ago, Mario Cuomo was controversial for identifying as both Catholic and pro-choice. When his son Andrew ran his political campaign on a similar stance decades later, he too faced astonishment. Yet as Bill Clinton helpfully once explained, "I have never met anybody that was pro-abortion. That is not what pro-choice means. It just means we don't want to criminalize the choice."

Plenty of Christian denominations -- including Presbyterian, American Baptist, Lutheran, Episcopal and United Methodist churches -- take complex and nuanced views of the issue, allowing room for a woman's right to make her own decisions into the conversation. Clearly, there's a place for questions in the Christian dialogue.

For many of us, our feelings on abortion are complex and deeply personal. Among my friends, for instance, I rarely say more on the subject than that I'm pro-choice, because it's such an intimate and highly charged subject. It's a little more complicated than that, though. I'd estimate close to half of my female friends have had at least one abortion. Most of them are mothers. I don't know any of them who made the choice cavalierly and I don't any who have ever expressed a moment of regret. The lives they have now – and most of them have pretty great lives – are possible in no small part because of a difficult decision they once faced, and a choice they made about when and how they were prepared to become mothers.

It's a choice I've never had to make. Though I think I know how I would have acted when that pregnancy scare at 24 turned out to be just a pregnancy scare, I'll never be sure. I do know that with my pregnancies, the tiny heartbeat I saw on the sonogram was always my baby to me, was always a human life. I know that the very early miscarriage I had several years ago is a loss I still sometimes grieve. But that's my body, my pregnancies, my perception.

I also know that if I were to find myself pregnant right now, in my mid-40s, while still undergoing cancer treatment, I would likewise consider that pregnancy a human life. And I would also never want to live in a country where I would be forced to carry it to term, knowing that my age and the drugs currently coursing through my body would most assuredly guarantee a child with severe problems. Knowing that I would have to stop cancer treatment, which would likely deprive the two children I am already raising of their mother. And I absolutely don't believe there would be anything in that scenario that would qualify as merciful or life-affirming.

Ultimately, as my colleague Irin Carmon said in Salon Monday, "You either believe in bodily autonomy or you don't." I have learned in recent years what my "exceptions" for abortion would be for my own body. I don't ever want to make those rules for any other woman facing her own choice. And I sure as hell don't want anyone ever making those rules for my daughters. I believe, first and foremost, in empowering women and men to the fullest extent to prevent unwanted pregnancy. I believe that next on the scale of things that are ethical and just comes doing everything possible to assure that every child that is brought into the world is wanted -- and has a family willing and able to care for him or her. And I can't even begin to tell you how far down on that list you'll find "guilt-tripping women by forcing them to look at sonograms, blocking their access to safe and affordable abortions, and making them bear babies while doing squat about the heath, well-being, or education of those women and babies, or the moral and financial obligations of fathers." Priorities, people.

Life is rarely black and white, and in the end, for those of us who believe in God, we have to rely on ourselves and our consciences. We can let ourselves be lulled by the men who insist they know what is good, or we can look honestly into our hearts and our circumstances, and reach for what we believe is best. We are given life and we are given choice. We can only try to honor both.