"The Revenant”: Zombies and vampires, via Tarantino

A hilarious, foulmouthed bromance -- in which one of the dudes is undead -- livens up the late summer doldrums 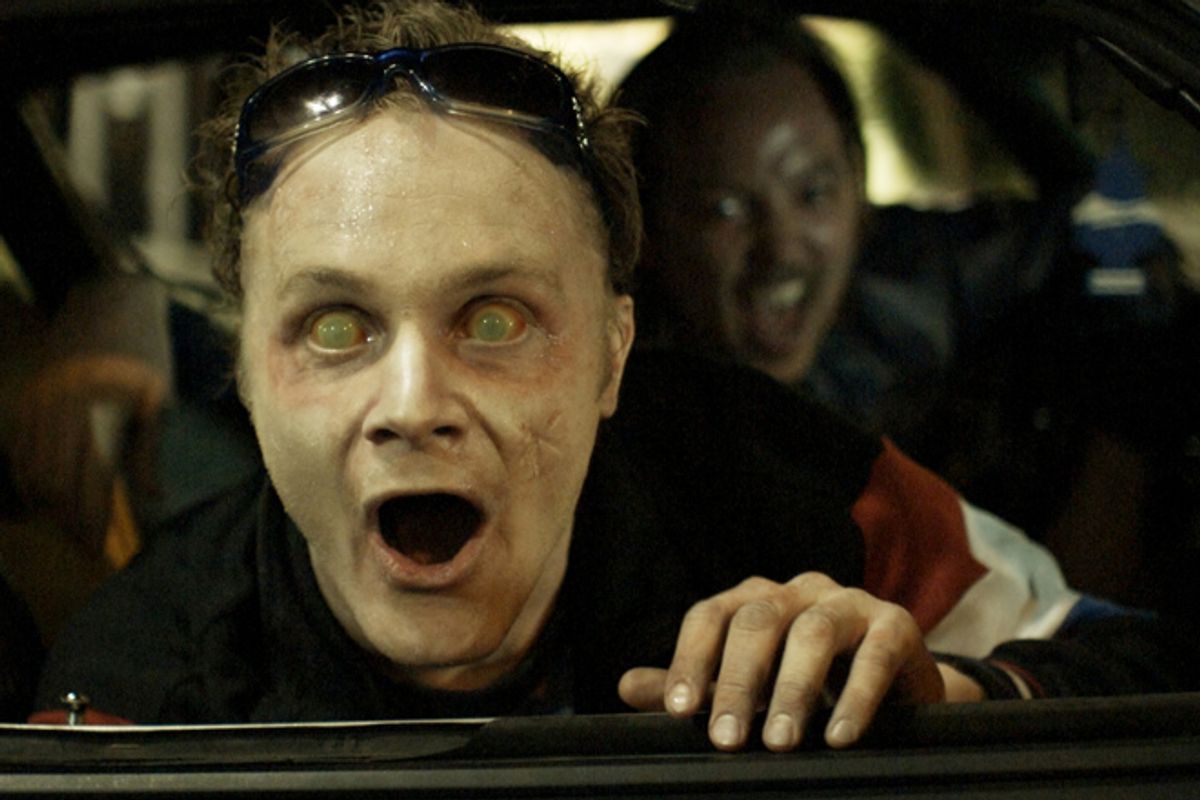 D. Kerry Prior’s gruesome and hilarious horror-comedy “The Revenant” was exactly what I needed in the dog days of August, and it might be what you need too. If there were any justice in the movie world, this sharp-witted and foulmouthed zombie-vampire-dude picture, armed with marvelously icky special effects, a smidgen of ’70-style nihilism and just a bit of political edge, would be a major Hollywood release supported by breathless magazine articles and geeky blog posts alike. Instead, “The Revenant” is a marketplace afterthought that’s been kicking around without a distributor for three years, and is finally receiving a brief summer look-see in theaters on the way to home video.

Sure, I see what some of the issues are – an absence of recognizable stars, most notably – and for the first few minutes you’re not quite sure what kind of movie this is, or who the main character will be. We begin with Bart Gregory (David Anders), a young soldier from California, who gets killed in a mysterious roadside ambush in Iraq. (I told you this was made in 2009!) Back in L.A. at Bart’s funeral, his weepy girlfriend, Janet (Louise Griffiths), and his drug-addled best friend, Joey (Chris Wylde), allow their alcohol-fueled grief to push them into a passionate makeout session. Does that event have something to do with the fact that, later that night, Bart will force open his coffin and dig his way back to the surface?

Prior wrote, directed and edited this film, along with designing the killer-diller effects. (His career as an effects artist goes back to the "Nightmare on Elm Street" and "Phantasm" franchises.) What he’s created is one of the funniest and most telling bromance comedies in the recent wave, one in which one-half of the dudely couple is a decomposing undead creature who’s returned from the grave with yellowish eyeballs and a really bad smell. Anders plays zombie-vampire Bart – yes, after consulting the Internet they decide he’s technically a revenant – as the alpha-male ladykiller type, while Wylde’s Joey is the wisecracking, stringy-haired sidekick. They have wonderful chemistry heaping deadpan abuse on each other, and their basic juvenile-prankster relationship has survived Bart’s trip to the grave and back, as when they try to discover whether he can endure crucifixes and holy water.

If you’re even remotely in the target audience for this sort of thing, you must keep watching “The Revenant” once you start, because it almost continuously gets darker, funnier and edgier as it goes along. I’m willing to bet the ranch that Prior is a big John Carpenter fan, because if the easiest comparisons to this movie are things like “Shaun of the Dead” and “Zombieland,” I’m feeling a major “They Live” vibe. Joey’s Wiccan and possibly lesbian pal Mathilda (Jacy King) announces that Bart’s chakras are all screwed up, and correctly predicts that he will soon need to consume human blood. Joey is delighted to get his best bud back and ignores Mathilda’s New Agey wisdom at his peril; later on, in a philosophical moment amid all the gore and mayhem, Bart will observe, “You should have chopped my head off when you had the chance!”

Prior has written one of the sharper horror scripts of recent years; as I describe it, it may come off as a mélange of Quentin Tarantino, Joss Whedon and Kevin Williamson – but, hey, what’s so wrong about that? Every stock character comes with an endearing or irritating idiosyncrasy: The emergency room nurse Bart steals blood from wants to lecture him on Dianetics; a gold-toothed African-American armed robber is armed with quotations from Frantz Fanon; a Latino gangbanger turns out to be an easily wounded family man. If anything, I suspect “The Revenant” struck some Hollywood suits as too smart, or at least too smartass, for its intended audience. Prior’s ambitions toward social and even political satire shine through just as much as his desire to create an over-the-top Splatterpalooza.

You see, once Bart and Joey discover that the former’s revenant status renders him impervious to all forms of weaponry, they embark on an increasingly unhinged vigilante crime spree that’s one part fanboy superhero fantasy, one part deep, dark, ugly Id and one part “The Hangover.” But how much stolen coke, dirty money and illicit firearms do two guys (or one guy and one night-walking abomination) really need? And how long before something goes dreadfully wrong? And, most important, won’t Bart find out eventually about Joey and Janet?

Arguably Prior tries to stuff way too much into “The Revenant.” At a full two hours, it’s long for a horror flick, and even so the female characters feel like afterthoughts. But there’s a series of late twists and effects sequences that are well worth the wait, as Bart and Joey finally face the consequences of all their misdeeds – heard the one about the decapitated head and the dildo? I promise, you haven’t – plus a chilling and brilliant final coda that renders the film nearly as topical in 2012 as it would have been three years ago. Anyway, I’d much rather see a filmmaker who’s overly ambitious than one who defaults to formula at every opportunity. If “The Revenant” is a failure, it’s a failure of the most noble kind – a failure that’s a labor of love, an attempt to bring dramatic depth to a disgraced genre, while still delivering the giggles and the goo. It’s also a failure that might turn out to be a success, now that people will finally get to see it.

“The Revenant” opens this week in New York, Phoenix, Portland, Ore., Columbus, Ohio, and Austin, Texas, with more cities to follow and DVD release on Sept. 18.

Horror Movies Our Picks Our Picks: Movies The Revenant