Breaking the glass ceiling was nice, but women must now find their own definition of success 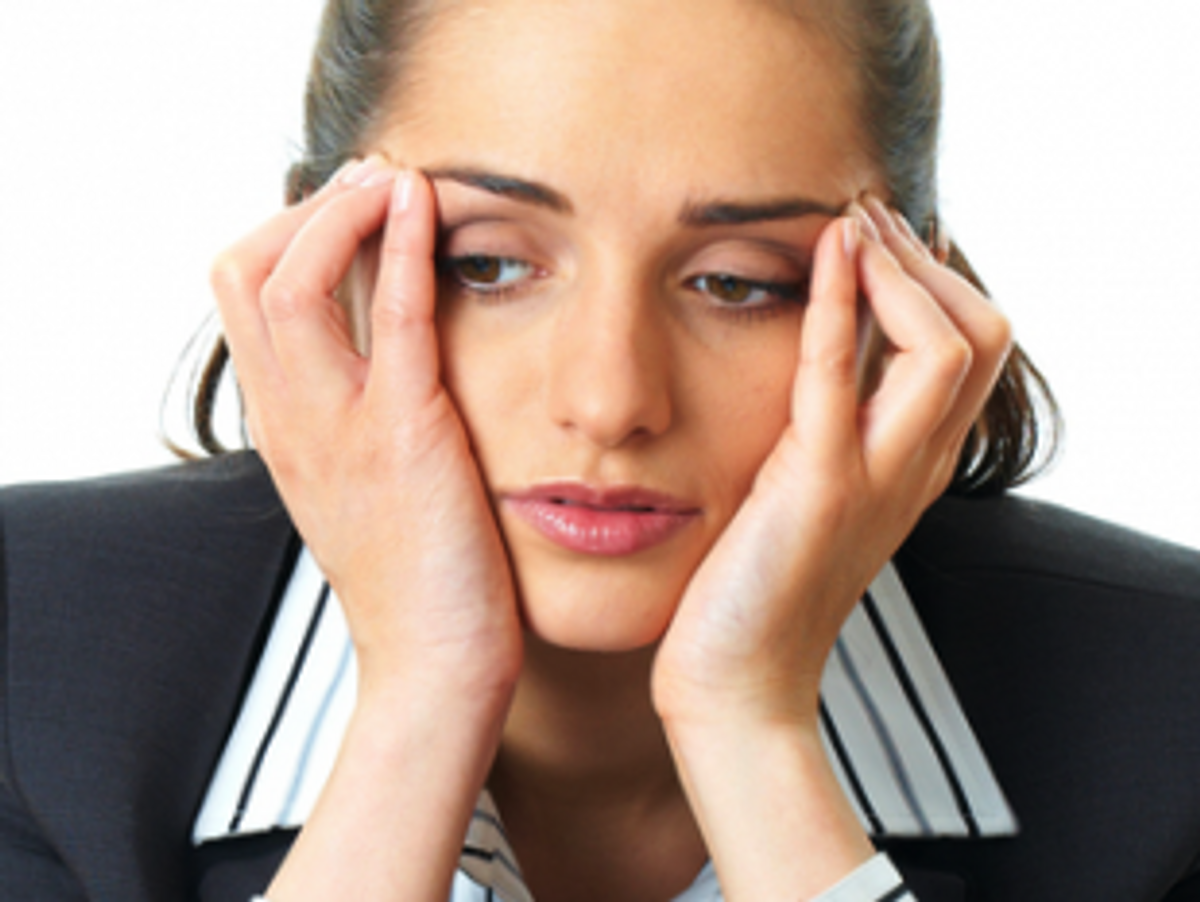 Last weekend, as I was sorting my clothes to give some away, a navy blue J. Crew suit buried in the back of my closet threw me into an existential crisis. Rationally speaking, I knew there was about as much likelihood of me wearing that suit as Paul Ryan suddenly donning my Stop Stop-and-Frisk pin. As a freelance writer focusing on social justice movements, my daily wardrobe includes only four items: jeans, underwear and a T-shirt for the days I leave the house, and my pajamas for the days I sequester myself and my coffee maker in the closet to write.

On the other hand, the suit was more than an outfit; it was a three-piece metaphor for a high-powered career path. To discard it meant coming to terms with never being the first female president of the United States, never click-clacking up the corporate or government ladder to make my crack in patriarchy’s glass ceiling.

I’m not sure how I ended up feeling terrified that I’m turning into a “bad feminist.” Up until this point, my life has been a near caricature of women’s empowerment. By 12 I was karate chopping through pieces of wood (and suburban sexism) as black belt in tae kwon do; by 16 I was wrenching boys (and bigotry) into headlocks on the wrestling mat. I wrote my college thesis on obscure riot grrrl zines. I launched my journalism career at Ms. magazine. Inspired by Hollywood ceiling smasher Kristen Wiig, I flexed my feminist humor last May by sending a Happy-We’re-Not-Mothers Day email to my childless female friends congratulating them on another year of successful birth control use. (“And if anyone became pregnant, congratulations on taking advantage of our totally legal and awesome abortion rights!” I cheered.) From sports to snarks, my feminist resume seemed to have it all.

Except the high-powered job, that is.

In July, Anne-Marie Slaughter’s piece in the Atlantic kicked up another contentious debate about whether it was actually possible to achieve the goals of feminism: balancing a super high-powered job with a functional family life. By sharing her trying experience of trying to work for the State Department and raise her children, Slaughter took older feminists to task for promising their daughters the false hope of achieving a work-life balance and vindicated the younger generation for failing to shatter the glass ceiling.

In the ensuing debate, there was much hand-wringing and typical intergenerational in-fighting, but little questioning of the basic premise of the article itself, which implicitly asserted that actualizing this superwoman existence was--and should be--the goal of the feminist movement.

As one of these younger feminists, I appreciated Slaughter’s honesty but was frustrated by the premise that we are eschewing the high-powered career track to its difficulty. What if we were eschewing the pioneering glass-ceiling route not because it promised a miserable existence, but because we didn’t believe it was a path toward achieving equality? In other words, is it possible that the suit is a distraction or a diversion, rather than the ultimate aspiration?

Ruth Rosen’s recent piece on AlterNet began to tease out these questions, taking Slaughter to task for having “failed to understand that the original women’s movement sought an economic and social revolution that would create equality at home and at the workplace.” By recalling the history of the early feminist movement, Rosen illuminated how media distortion has warped the movement’s goal of changing the social structure into today’s vision of women “having it all”--all being the dream job, the perfect home, the flawless body and, of course, a closet full of slimming yet respectable suits.

“Activists in the women’s movement knew women could never have it all, unless they were able to change the society in which they lived,” Rosen writes. “[But] by 1980, most women’s (self-help) magazines turned a feminist into a Superwoman, hair flying as she rushed around, attaché case in one arm, a baby in the other. The Superwomen could have it all, but only if she did it all. And that was exactly what feminists had not wanted.”

Yet, the problem with this vision isn’t only the superhuman demands. There is also the problem of orientation and perspective, the idea that women will succeed only when they achieve male-defined success. The vision of this Superwoman feminist rests on pioneering a high-powered career in many of the male-dominated industries that create--or at least perpetuate--social and economic inequalities such as business, corporate law and finance. To achieve this “social and economic revolution,” the thinking seems to go, more women must be involved in the upper echelons of corporate America, with the hope that equality will trickle down.

Like trickle-down economics, this thinking seems to fail both in theory and in practice. In the wake of the finance crisis, for example, many suggested that the industry would never have spiraled into such a pit of immorality had more women been in finance. These arguments conveniently omitted the fact that the developer of credit default swaps, a type of derivative that allowed companies to bet against their own products and turned into a symbol for the system’s deception, was a woman, Blythe Masters. Or that women’s bylines at the New Yorker decreased from 40 percent to a mere 20 percent under Tina Brown’s reign. Or that California gubernatorial candidate and Silicon Valley success-story Meg Whitman espoused such anti-woman politics that even the Feminist Majority, a women’s equality group whose mission is to “win equality for women at the decision-making tables of the state,” publicly denounced her.

It almost seems that when breaking the glass ceiling became the panacea for patriarchy, feminism actually signed its own defeat, guaranteeing that the current system would stay firmly in place.

Instead, a growing number of feminists view these career tracks as so steeped in and dependent on patriarchy, as well as racism, that they are nearly impossible to change from the inside out.

As Silvia Federici observed in an interview with ZNet, “In recent years, this merging of feminism and political ‘commoning’ has generated a great number of local initiatives--community gardens, solidarity economies, time banks...”

Women like Jessica Valenti of Feministing or Willow Rosenthal of City Slicker Farms build power outside the large-scale corporate industries. Of course, creating change from outside is a privileged type of thinking, one that could never have emerged without the previous generation’s work to forge these paths into male-dominated industries. But given the power of experience and hindsight, isn’t it time that we stop bemoaning the inability to “do it all”--as men have defined it--and instead celebrate those who are balling up the navy blue suit and creating a new way of doing things in the first place?