He admits he still opposes abortion in cases of rape and incest, as the GOP gets ready to rumble in Tampa 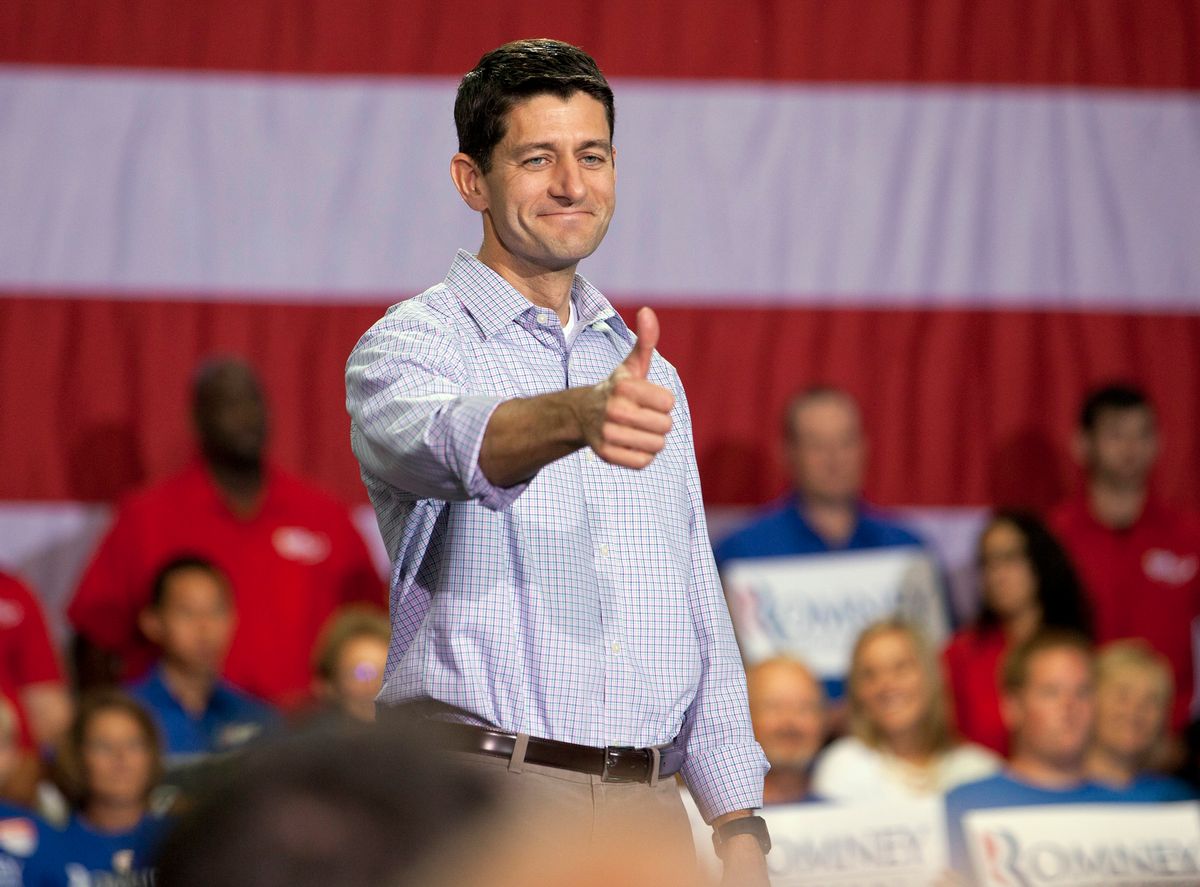 Mitt Romney's running mate Paul Ryan has been a good soldier when it comes to Todd Akin and his unfortunate ideas about "legitimate rape." Although there's no daylight between Ryan's beliefs and Akin's when it comes to opposing abortion even in cases of rape or incest, and they've co-sponsored some of the meanest antiabortion bills in history, the Wisconsin pro-lifer dutifully asked Akin to drop out of the Missouri Senate race for the good of the party.

And he has repeatedly deferred to the top of the ticket on the rape-exception question, noting that Romney's support for exceptions to an abortion ban in the cases of rape, incest and the life of the mother would prevail in a Romney-Ryan administration. He's been a bit of a robot when he answers this question, always adding in some fashion that "I'm proud of my pro-life record," which would seem to indicate that he still opposes such exceptions – as does Todd Akin and the GOP party platform going back to 1992.

But on Thursday night Ryan went a little bit off script, telling Virginia's WJHL-TV not only that "I’m very proud of my pro-life record,” but that "I’ve always adopted the idea, the position, that the method of conception doesn’t change the definition of life." In other words, a rape victim must bear her rapist's baby.

Why did Ryan amplify his own views? I wonder if it has to do with Mike Huckabee coming out with guns blazing on behalf of Todd Akin on Thursday. Huckabee had previously telegraphed his support for Akin but yesterday he made it a crusade, blasting GOP leaders for abandoning the pro-life "pilgrim" in a fiery email to supporters.

It's worth reading at length:

The Party’s leaders have for reasons that aren't rational, left [Akin] behind on the political battlefield, wounded and bleeding, a casualty of his self-inflicted, but not intentional wound. In a Party that supposedly stands for life, it was tragic to see the carefully orchestrated and systematic attack on a fellow Republican. Not for a moral failure or corruption or a criminal act, but for a misstatement which he contritely and utterly repudiated. I was shocked by GOP leaders and elected officials who rushed so quickly to end the political life of a candidate over a mistaken comment in an interview. This was a serious mistake, but it was blown out of proportion not by the left, but by Akin's own Republican Party. Is this what the party really thinks of principled pro-life advocates? Do we forgive and forget the verbal gaffes of Republicans who are "conveniently pro-life" for political advantage, but crucify one who truly believes that every life is sacred?

Who ordered this "Code Red" on Akin? There were talking point memos sent from the National Republican Senatorial Committee suggesting language to urge Akin to drop out. Political consultants were ordered to stay away from Akin or lose future business with GOP committees. Operatives were recruited to set up a network of pastors to call Akin to urge him to get out. Money has changed hands to push him off the plank. It is disgraceful. From the spotlights of political offices and media perches, it may appear that the demand for Akin’s head is universal in the party. I assure you it is not. There is a vast, but mostly quiet army of people who have an innate sense of fairness and don't like to see a fellow political pilgrim bullied. If Todd Akin loses the Senate seat, I will not blame Todd Akin….If this can happen to Todd Akin, who is next?

On Wednesday I wrote that Akin's defiance of party leaders showed the anger of far-right Republicans at the years in which their votes are carefully cultivated but their antediluvian policy agenda only partially pursued. Huckabee, who headlines the first night of the GOP convention in Tampa, is another sign that the extremist base that has never embraced Mitt Romney isn't going to swallow this latest insult.

So Paul Ryan, Romney's gift to that base, may have felt he needed to bow a little in Huckabee's direction and restate his ardent antiabortionism. It may be tough for Ryan to continue to play Mitt's good soldier and also mollify an angry base. His Thursday remarks might represent a way to release some of the tension before he gets back in formation, or a sign that he could wind up going rogue, just like John McCain's famous and cynical gift to the base, Sarah Palin, did in 2008. Stay tuned! I'm heading for Tampa, weather willing, on Sunday.