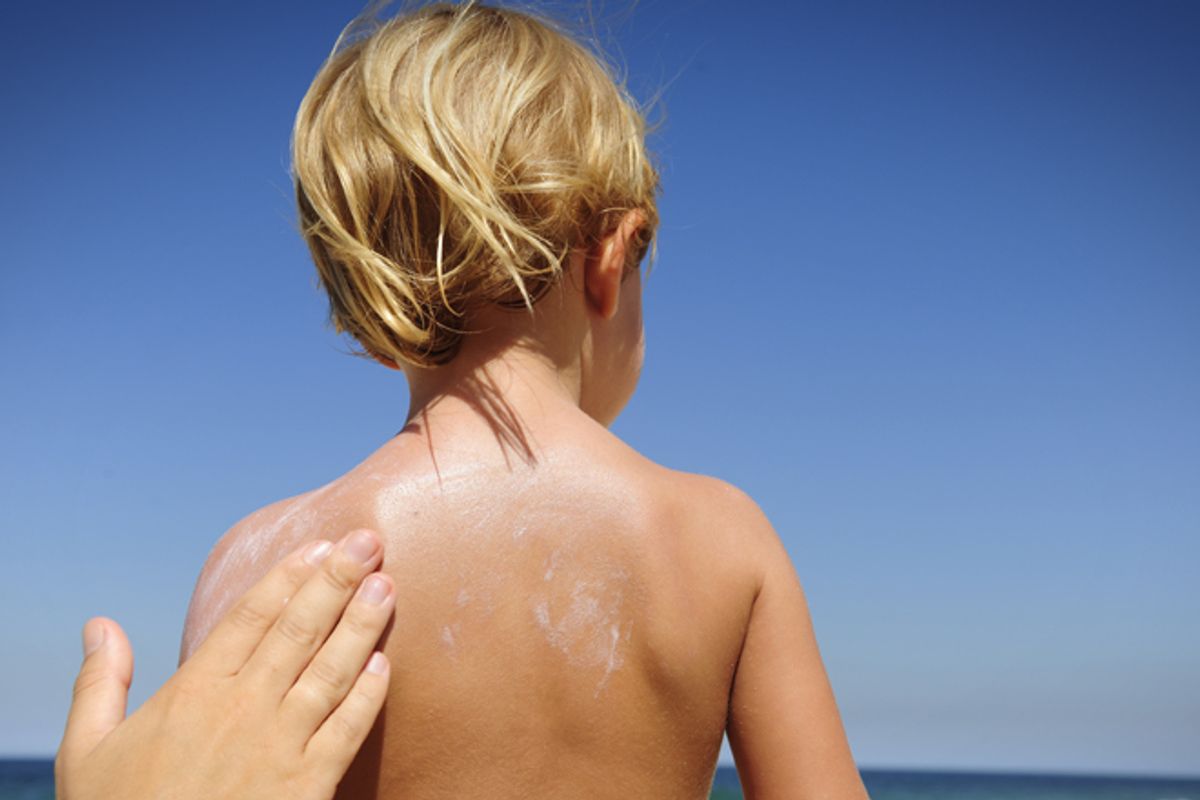 Sucks to be you, tanning industry. Sure, people are still using tanning beds, but with melanoma rates on the rise, you're being restricted from peddling your golden promises to adolescents in several states. And now Pennsylvania is considering requiring you to post warnings about the dangers of your services. These days, you're more associated with leathery New Jersey moms than the glow of good health. No wonder you're so pissy lately.

In a story Thursday by FairWarning's Bridget Huber, the journalist describes the aggressive tactics the industry is resorting to of late to keep customers bronzing on their beds, notably a jaw-dropping training video for the International Smart Tan Network. In it, God asks a doctor, "You’re saying that sunlight, which I created to keep you alive, give you vitamin D and make you feel good, is deadly? And the millions of dollars you received from chemical sunscreen companies had nothing to do with your blasphemy?" before handing him some sunscreen and sending him to warmer climes. Which is an especially effective scenario if a) you think Vitamin D deficiency is a more pressing public health concern than cancer, b) you believe in a God who created the sun just to make you "feel good" and c) you believe that the fires of hell cause sunburn.

The industry's new hard-line tactics take both a very public and apparently less official line. A congressional report this year found that when investigators posed as potential clients who were teenage females, 90 percent of tanning salons "stated that indoor tanning did not pose a health risk" and that 78 percent "claimed that indoor tanning would be beneficial to the health of a fair-skinned teenage girl." For an industry that claims to love the sun, that's some pretty damn shady behavior.

And in its training videos, it actually compares the way that doctors once condoned smoking to the way they now support sun protection, asking, I swear to God, "What if there's a new and powerful coalition marketing 'health care' products that could kill more people than tobacco?" Calling it "the sun scare industry," the video goes on to say, "It's the same thing as doctors being arm-in-arm with big tobacco." OK, I'll take your word for it, guys! Because if you can't trust an industry that runs ads for Pauly D's Seductively Sexy Black Bronzer, who can you trust?

It's pretty hilarious – in a ridiculously messed-up way – that Smart Tan is telling people, "Doctors are lying again for money-related issues" and calling FairWarning "a non-profit media organization sponsored by corporate and private contributions to produce controversial stories." It's certainly not as if the tanning salon industry has a monetary stake in whether people patronize its salons. I frankly can't tell if these clowns truly believe their own hype or just don't care if their customers are potentially risking a deadly, incredibly difficult to treat disease. Either way, wow.

As someone upon whom the sun has waged a truly epic campaign to kill, I obviously have my own dog very actively in this hunt. (And no, I never tanned; I was just pale and unlucky.) That's why when I see a campaign to condemn the doctors -- and by extension, patients -- who are fighting so hard to cure and prevent skin cancer, well, you could say it really burns my hide. The melanoma team at Sloan-Kettering advises, "Everyone should avoid sunlamps, tanning beds, and tanning booths, which are potentially dangerous sources of harmful UV radiation. When outdoors, wear clothing and hats that cover exposed skin, wear glasses with UV protection, and apply a broad-spectrum sunscreen that blocks the two main types of radiation: UVA and UVB." They're not making any money telling you to do that. They're just trying to save your life.