At least two people have been injured, according to reports (UPDATED) 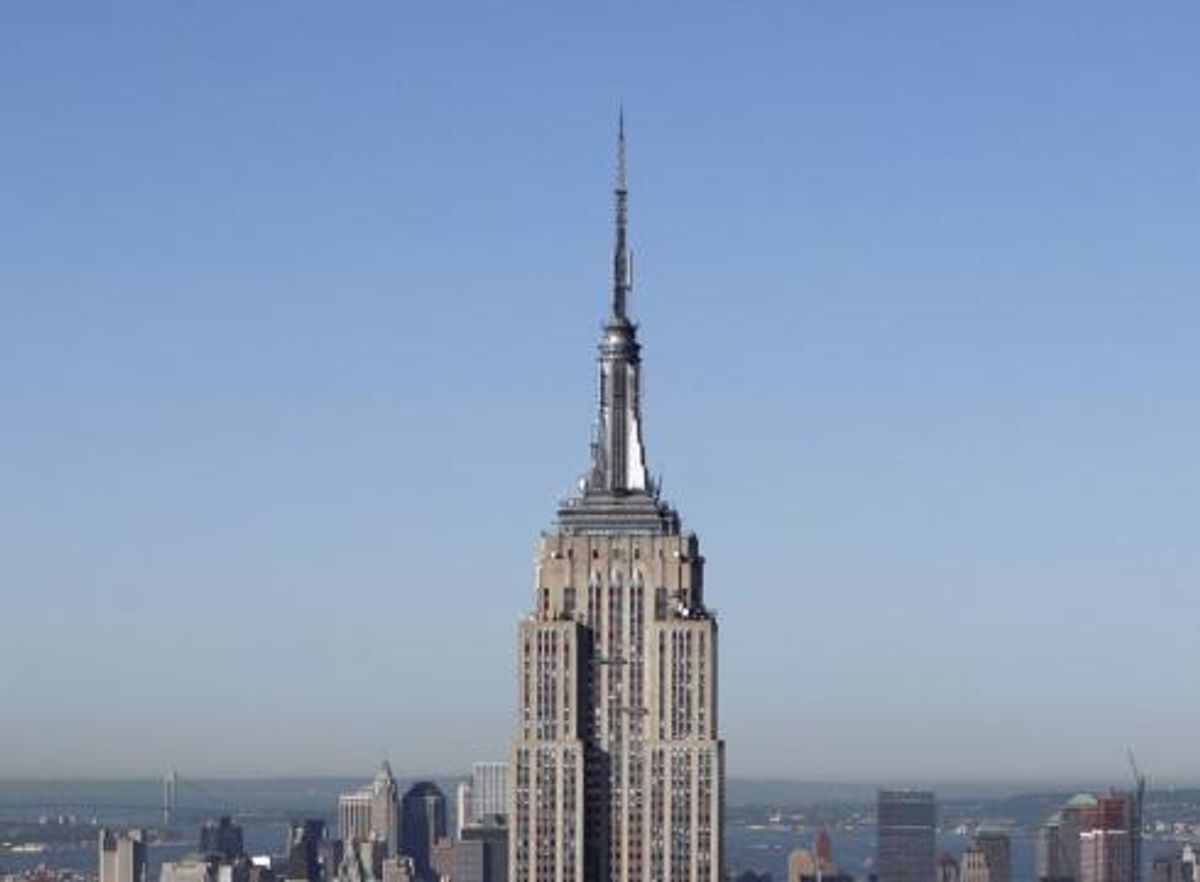 "A man who had been fired from his job about a year or so ago began shooting near the Empire State Building on the street," Bloomberg said. "He killed one person and 9 others were shot, and some may have been shot accidentally by police officers who responded."

11:30 a.m. Mayor Bloomberg is speaking now. Earlier today on his radio show he was speaking about guns. The New York Post quotes:

Eeerily, just minutes before the mayhem, Mayor Bloomberg was warning about the dangers of “too many guns on the streets” on his weekly radio show. “The argument guns don’t kill people, people kill people is one of the most disingenuous things you can say,” he said shortly before 9 a.m. while discussing tougher guns laws being proposed in Albany. “It does take a person to pull the trigger, but if they didn’t have the gun ... We are the only developed country in the world with this problem.”

A witness who asked to be identified only as Tonya confirmed to TIME that the body on the sidewalk was that of the gunman. “I saw him shooting. I didn’t see who he shot, but I saw him get shot,” she said, just before ducking into a nearby building, fearing for her safety. A witness told NBC New York that the alleged shooter is suspected to be a “tall, Caucasian male wearing a gray suit” who opened fire inside the Empire State Building. NBC is reporting the gunman was allegedly fired from his job yesterday. He is believed to have been shot and killed by NYPD officers.

Mayor Michael Bloomberg is to make a statement at 11. He is the co-founder, along with Boston mayor Tom Menino, of Mayors Against Illegal Guns. 10:13 a.m. The New York Post adds several details: The shooting was the result of a "dispute between coworkers." In addition to the shooter, the other person who died is a woman. Inevitably, "traffic nightmare." 10:06 a.m. NBC mentioned an earlier attack at the Empire State Building:

In 1997, a 69-year-old man opened fire on the observation deck of the iconic landmark, killing one person and wounding six before shooting himself in the head. The gunman, Ali Abu Kamal, was taken to the hospital, where he died more than five hours after self-inflicting the fatal wound.

10:02 a.m.Reuters is now reporting two dead, eight injured. Again the shooter is believed to have died. Waiting for statement from Mayor Michael Bloomberg. A picture via Twitter @azipaybarah

9:55 a.m. The police have said they do not think the crime was an act of terrorism. Michael Roston of the New York Times speculated via Twitter that "Unconfirmed earlier police scanner report said the shooting was 'in regards to a robbery of a commercial bldg.'" 9:44 a.m. The AP has confirmed that the shooter is dead, 3 to 4 wounded. 9:41 a.m. According to a local news station in New York, 2 people were shot just outside the Empire State building around 9 a.m. this morning. One New Yorker tweeted a picture of policemen and ambulances at the scene, just minutes after the shooting:

There was a shooting in front of the Empire State Building around 9 am. We heard it from the M34 bus at 5th Ave. twitter.com/NYCphotos/stat… — NYCphotos (@NYCphotos) August 24, 2012

Police have secured the area and blocked traffic. The shooter is believed to have been one of the people shot. Watch this space for updates as we learn more.