Can bohemia be saved?

Trendy enclaves get discovered right away. Artists leave, Starbucks arrives. Let's all move to the suburbs! 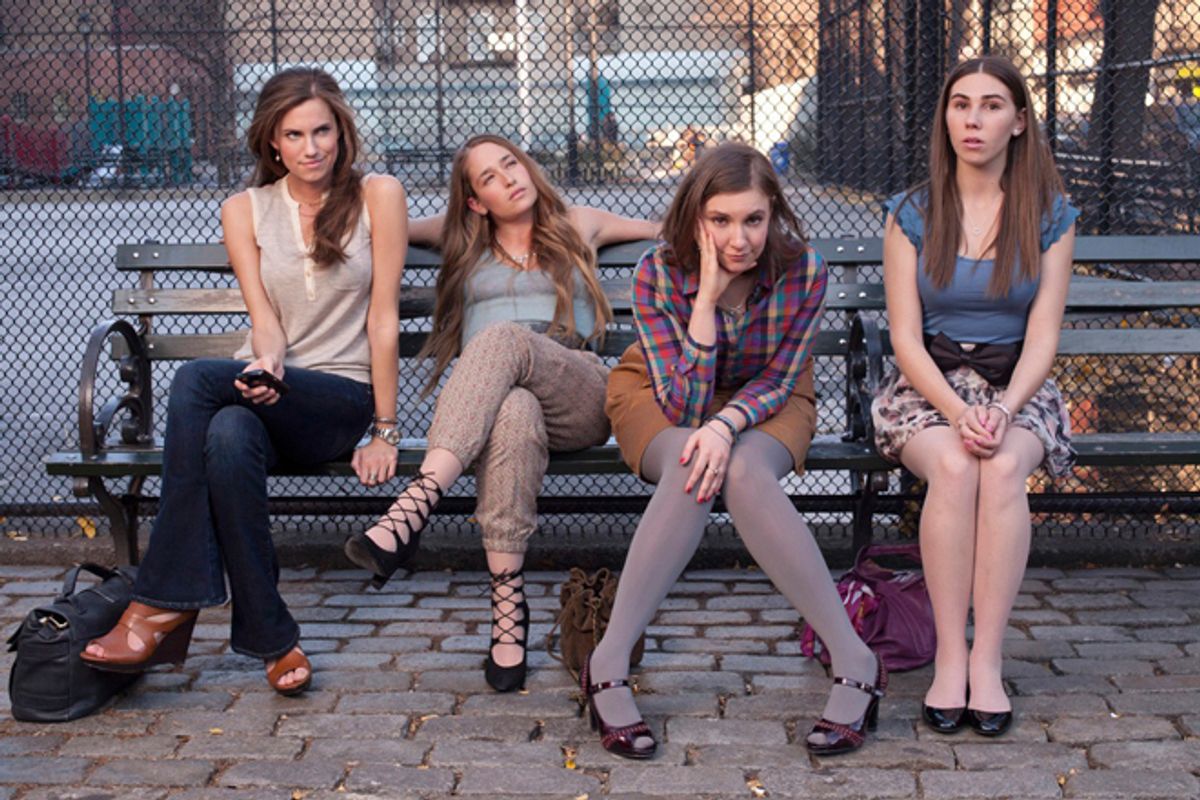 Of all the enviously coveted urban baubles, nothing compares with bohemia. Its allure drove cash-poor artists to crime-infested Williamsburg in Brooklyn decades ago. Others soon followed, drawn by magazine articles announcing that a new, artsy neighborhood had been discovered -- until the place was saturated with people and bars and high-end retail and everyone was asking, "Where's the new Williamsburg?"

There may not be one -- at least, that's the sentiment that underpins a new book by Robert Anasi, "The Last Bohemia: Scenes From the Life of Williamsburg," in which the author chronicles his time there: Fourteen years, from 1994, when it was a lawless artists' enclave, until 2008, when its transition to ultra-trendy destination was complete. "What made Williamsburg and other post-World War II bohemias unique was that they took place in these abandoned cities and let people form utopias," says Anasi. "You could have an idyllic life for almost no money."

An urban utopia for almost no money -- old-timers wax nostalgic about it, and newcomers curse their luck for being too late. But is Anasi right? Are urban bohemias, you know, so over?

It's true that in many big cities, the type of urban milieu described in Anasi's book is harder to come by. His pre-hipster Williamsburg was a neighborhood of working-class ethnic groups, crack dealers and violence -- but also, crucially, post-industrial vacancy: boarded-up factories, weed-choked lots, an abandoned waterfront, train tracks to nowhere. The forsaken real estate provided space where artistic types could work for little or no rent, ensconced in their own universe and undisturbed by societal conventions. It was the kind of place where you could set off huge explosions for a scene in your art-house film, as one of Anasi's friends did at the McCarren Park pool one night, and no one would even notice. "Authentic subcultures require backwaters, and time," reads a quote from William Gibson at the beginning of the book. Or, as Anasi puts it, bohemias "need to be ignored."

As old warehouse districts and urban waterfronts fill up with loft apartments and coffee shops, finding such a space in many cities today is becoming more difficult. The events that set the stage for the scene in Williamsburg in the '80s and early '90s -- and in Tribeca and SoHo earlier than that -- were fairly unique. "It really is an accident of history that this came to be," says Anasi. "If you told someone in the 1920s that America's big cities would hollow out, they would have laughed at you. But it provided opportunities."

In addition, now that many of these cities have swung back to their former glory and then some, they've become expensive places where not many people can afford to spend their days plugging away at a novel. "Everyone has to work all the time just to afford to live here," says Anasi about New York. He also believes that the city itself has become "more geared toward producing the things that rich people want. My example is always the show 'Girls.' The people who are making art in the city now are people from upper-middle-class families with a lot of cultural capital and money." Even Bushwick, the Brooklyn neighborhood that briefly resembled the old Williamsburg, got its own "Girls" episode in May.

And briefly means very briefly. Williamsburg's arts scene boomed fairly covertly for years. Bushwick still has abandoned sections, but unlike Williamsburg, its identity as the Next Cool Neighborhood was solidified lightning quick. "The change is indeed dramatic," wrote Crain's New York of Bushwick last year. "In the last year alone, three cafes, two bars, one art gallery, one organic grocer and several other retail businesses have opened." By 2011, rents were up 63 percent over four years earlier. Artisanal pizza restaurants that sell $24 entrees get talked up on Urbanspoon and Yelp by West Village foodies. Whereas Williamsburg remained fairly uninvaded for years even after New York magazine dubbed it "The New Bohemia" in 1992, something seems to have sped up the process.

"Capitalism has gotten really good at picking up on these trends and using bohemias as a source of R&D to develop new products and sponsor new trends," says Anasi. "Ad agencies send their reps there to see what the kids are up to." Christopher Mele, author of "Selling the Lower East Side," says that bohemias aren't fortified now as they once were. "Bohemian neighborhoods were once considered stubborn and resistant to gentrification, but that's long gone," he says. "Just as we are likely to have quick and easy access to niche or specialized markets for music, art, design and other cultural products, we have access to urban neighborhoods with distinct place identities."

With cities so accessible, some people are looking further afield -- it's becoming fashionably counterintuitive to declare that the 'burbs are, in fact, the new creative heart of America. The most recent assertion was a New York Times Op-Ed published in May by Malu Byrne (daughter of David), who wrote that she "might need to be out of the city in order to sustain my creative spirit." "The notion of 'making it in the city' is increasingly nostalgic and impossible," she writes. "Yes, the city supports the arts, but not its up-and-coming artists."

Of course, Byrne is talking about New York specifically. (She's also the daughter of a millionaire, but we'll let that slide.) Maybe it's simply a matter of looking to different cities. Buffalo, Cleveland and Dayton offer plenty of empty space and cheap living. Detroit, America's go-to example of urban decline, now gets pegged as bohemia's new frontier all the time. (At a reading in Brooklyn earlier this month, bohemian queen Patti Smith was asked how young artists could make it in New York today, and she bluntly told the questioner to move to Detroit and do her work there.) A recent Los Angeles Times story described Detroit just like '80s Williamsburg -- "eerie shells of one-time factories, warehouses ..." -- before gushing over the "2,500-square-foot studio with a kitchen and a Jacuzzi" occupied by an "ebullient painter."

This sort of description, however, throws into relief the awkward relationship that such bohemian enclaves have with the destitute neighborhoods they nestle into -- ebullient painters with their Jacuzzis who celebrate the surrounding grit and decay living side-by-side with people who probably don't find the rubble so endearing. One of the characters in Anasi's book (all of them are real people he used to know in the neighborhood) is a local Williamsburgian, a Dominican kid named Napoleon whose family "worked in construction or in garment sweatshops." As the neighborhood begins to upscale in a way that fills Anasi with dismay, Napoleon opens Williamsburg's first proper lounge and rides the crest of the transformation with purpose. His swanky club becomes a smash hit, and helps create a whole new scene on the sleepy south side. Moreover, it gives the young entrepreneur -- a poor kid of color from a dangerous neighborhood -- a chance at a life he might not have otherwise had.

Anasi, who now teaches literary journalism at the University of California-Irvine, is well aware that he enjoyed Williamsburg from a privileged perch that someone like Napoleon did not. And he gets that even as he bemoans the neighborhood's changes, he and his bohemian friends were a link in the chain that led to them. But he still can't help mourning the transformation. "Do I hate Williamsburg now?" says Anasi. "I'm saddened by it. What I always say is, people like [Michael] Bloomberg and [Rudy] Giuliani act like the only choices are the New York of 'Taxi Driver' or the New York of luxury condos. But I think there are other options."

Anyone want to check out Staten Island?