In the first novel in seven years from the author of "On Beauty," three people try to escape their roots 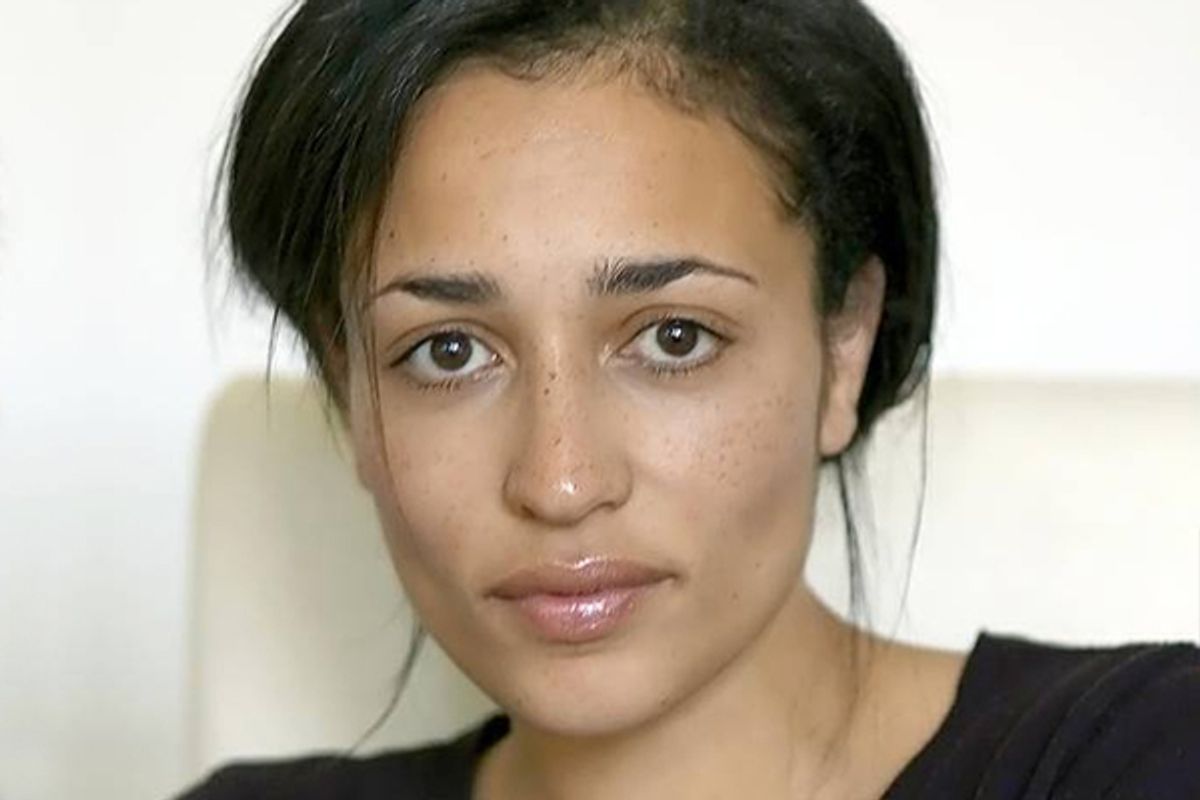 In the opening paragraph of "NW," Zadie Smith's first novel in seven years, Leah Hanwell, one of the book's central characters, hears a line on the radio and tries to write it down on the back of the magazine she's holding. The sentence is "I am the sole author of the dictionary that defines me," and for all I know it's taken from a recent popular song -- "NW" is judiciously sprinkled with glancing references to such things -- so I googled it. It looks like Smith made the line up, but it's already pinging around the Internet, one of those inspirational maxims that so many people like to post to their Tumblrs and blogs.

Leah can't write the motto down, however; all she's got is a pencil and a "pencil leaves no mark on magazine pages." Fitting, since the rest of "NW" is devoted to showing how few of us get to write our lives at will, and how even those who seem to have managed it find the results unsatisfying. The novel takes its title from London's northwest postal sector, specifically the neighborhood of Willesden, where Smith herself grew up. There, Leah met her best friend, Natalie Blake, at the age of 4, when both girls were residents of Caldwell, a council estate -- the British equivalent of a housing project.

That was back when Natalie was called Keisha, a fiercely bookish child driven to finish everything she starts. She thinks of this quality as her "mutated will," an arbitrary gift of birth. It gets her out of Caldwell, into a career at law and married to a somewhat feckless financial guy from a rich family. Leah, the daughter of an Irish immigrant, has less focus but a bigger heart. Still, she, too, gets out of Caldwell, and as the novel begins she's 35 and trying to conceal her unwillingness to have a child from her earnest husband, a French hair stylist of African descent.

This is the milieu where Smith's first novel, "White Teeth" was set: multiracial, polycultural contemporary London. "NW" is less antic, outlandish and funny than Smith's debut, and it also lacks the extraordinary ambient joyfulness of her third novel, "On Beauty." It's more sober, more formally adventurous and exhibits less confidence in what's customarily referred to as "the human spirit." Like her characters, the novelist seems, with middle age approaching, to be coming to terms with the limitations of desire, exuberance and sheer talent -- all of which she possesses to a far greater extent than they do. It's a marvelously accomplished work, perhaps her most polished yet, but its appeal lies in a quiet, even chastened reassessment of her former brio.

"NW" consists of three parts. Leah's, the opener, is fluent, impressionistic and Woolfian: "The sun thins out and purples and arranges itself in strips behind the aquamarine of the minaret and what breeze there is ripples the flag of St. George, on top of the old estate, hung from a satellite dish in preparation for the football." Natalie's section, the third, comes broken into numbered bits, reflecting Natalie/Keisha's conviction that she has assembled an identity out of disconnected fragments, held together by the sheer force of that unstoppable mutated will. With her husband and children, the workaholic Natalie performs an ideal life: "They only came together at weekends, in front of friends, for whom they appeared fresh and vibrant (they were only thirty years old) and full of the old good humor, like a double act that only speaks to each other when they are on stage."

Between these two narratives comes the story of Felix Cooper, also from the neighborhood, although unknown to both Leah and Natalie. Felix's is the most old-school Smithian section of the novel, animated by the hopeful buoyancy of second chances. Not that Felix was always on the upswing; waiting for a bus, he runs through a four-sentence reprise of his life until recently: "Five and innocent at this bus stop. Fourteen and drunk. Twenty-six and stoned. Twenty-nine in utter oblivion, out of his mind on coke and K."

But now Felix is sober, and in love, and in the course of a day (one that we know will end fatefully), he has a series of encounters, each of which makes a fine set piece. He visits his father, an old Rastafarian grumbling over the dregs of his communitarian past. He buys a junked MG midget from a middle-class white guy ("I work for a company that creates ideas for brand consolidation? So that brands can better target receptivity for their products -- cutting-edge brand manipulation, basically." "Like advertising?" Felix replies). And he drops by the flat of an ex-lover, an older woman, the fabulously dissipated niece of an earl, about whom Felix thinks, "She could fall and fall and fall and still never quite hit the ground."

Leah, Natalie and Felix make for a Goldilocks-stye triptych. Leah wants life to stand still: "I am eighteen in my mind and if I do nothing if I stand still nothing will change I will be eighteen always." Natalie powers forward for the sake of momentum alone; if she stops, she could well fall apart. Felix gets the velocity just right, but he's unlucky. And shadowing all three lives is that of Nathan Bogle, a former schoolmate turned drug addict, squatter and some form of criminal.

The question of who makes it out of Caldwell and why, as well as the possibility of ever entirely escaping it, haunts "NW." The novel opens with Leah succumbing to a scam, the tearful appeal of a young woman going door to door asking for cab fare to visit her mother in the hospital. It turns out she and Leah went to the same school. Leah can't get over the incident, keeps running into the girl on the street, where they trade accusations and recriminations. She feels stupid, angry, guilty; "I just don't understand why I have this life," she tells Natalie.

The great novels of social mobility -- from "The Great Gatsby" to "A Portrait of the Artist as a Young Man" -- all invoke this conundrum. If you want to be the sole author of the dictionary that defines you, what do you do with your past? Is it even possible to erase it and start over? What good is an identity that has no roots, no depth, no history? The result, in "NW," is a self as slick as the pages of a glossy magazine, on which no pencil can write anything worth reading.