Can single women swing the election?

Both parties are making their pitch, but neither side is addressing critical issues like paid maternity leave 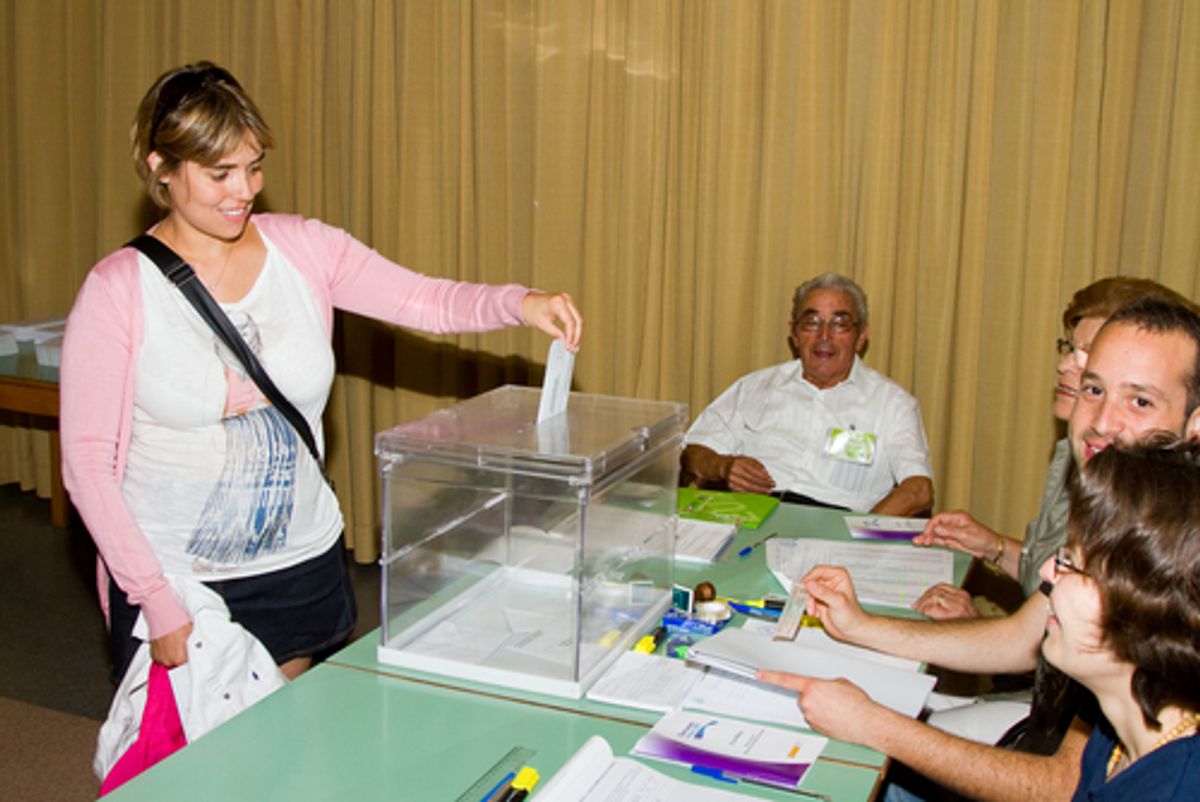 This political season, single women keep finding themselves at the center of political firestorms. Both parties and the media have recognized that single women are one of the country’s fastest growing demographics and a potentially crucial voting bloc. As the New York Times recently wrote, single women lean strongly toward Obama in polls, but they are not reliable voters, often feeling like politics don’t address their everyday concerns.

Democrats hope to turn single women out by reminding them of the party’s defense of reproductive rights—a job Republicans like Todd Akin make easy. Republicans, in turn, claim that women should and do care about more than their reproductive rights and will turn to the GOP when they consider the bad economy. Absent from this debate is any sense that single women might have some very specific demands beyond reproductive freedom that are not addressed in either party’s appeals.

In the 1970s and 1980s, the number of single women in this country also grew dramatically. A rising number of divorces and increasing economic opportunities for women outside of marriage created new constituencies. Finding their access to economic resources—from credit to pensions—severely limited in a political economy built around the assumed norm of a nuclear family, these women organized. They formed groups like the Older Women’s League and the Alliance for Displaced Homemakers, which demanded legal reform to give single women access to badly needed resources. They proposed creative solutions to the problems single women faced on a day-to-day basis – for example, new ways of calculating Social Security benefits based on a couple’s shared earnings.

These women organized for a number of reasons. Looser divorce laws meant that women who never expected or wanted to be single found themselves suddenly without partners after a lifetime of dependency on their husbands. In this new position, they ran up against laws and customary practices that blatantly discriminated against women. Divorced women, who had paid family credit card bills for years, could not get cards on their own. Women who divorced after less than 20 years of marriage lost access to Social Security benefits. Health insurance companies actively discriminated against women without husbands by charging them far more to purchase an insurance plan. Newly divorced women discovered institutions putting up roadblock after roadblock as they tried to put their lives back together. So they organized—not only within existing women’s organizations, but also by creating their own.

It was, of course, a political moment that fostered identity politics. The burgeoning women’s movement created spaces for single women to meet and discover their shared problems. It also provided organizational support for single women to organize. The National Organization for Women, for example, created special committees to address the problems facing divorced women, widowed women, and never-married women.

Single women identified equal access to credit, affordable health insurance, pension rights, affordable childcare, Social Security reforms, and much more as single women’s issues. They approached these issues not in a general way, but with very concrete demands to address the specific challenges they faced. They proposed specific laws to give women credit access, to reform the Social Security system so that married women were not treated exclusively as dependents, and to provide affordable childcare so that women could work. These organizations won important victories, like the Equal Credit Opportunity Act, but they also left unfinished work, such as the fight for quality, affordable childcare.

Many commentators have pointed out that reproductive rights are deeply tied to economic rights for women, and they are. But a real appeal to single women as voters would recognize the many other ways to improve single women’s economic fate, like paid maternity leave and labor laws that protect the many women who work in the service economy.

Single women today, like those in the 1970s and 1980s, are strapped for time as well as money. Asking that single women create brand new organizations is a tall order. But our absence from the political scene as vocal, self-organized participants has allowed the parties to adopt a severely limited vision of women’s demands.