Flight of the Conchords return

The comedy duo found inspiration from kids in their latest song 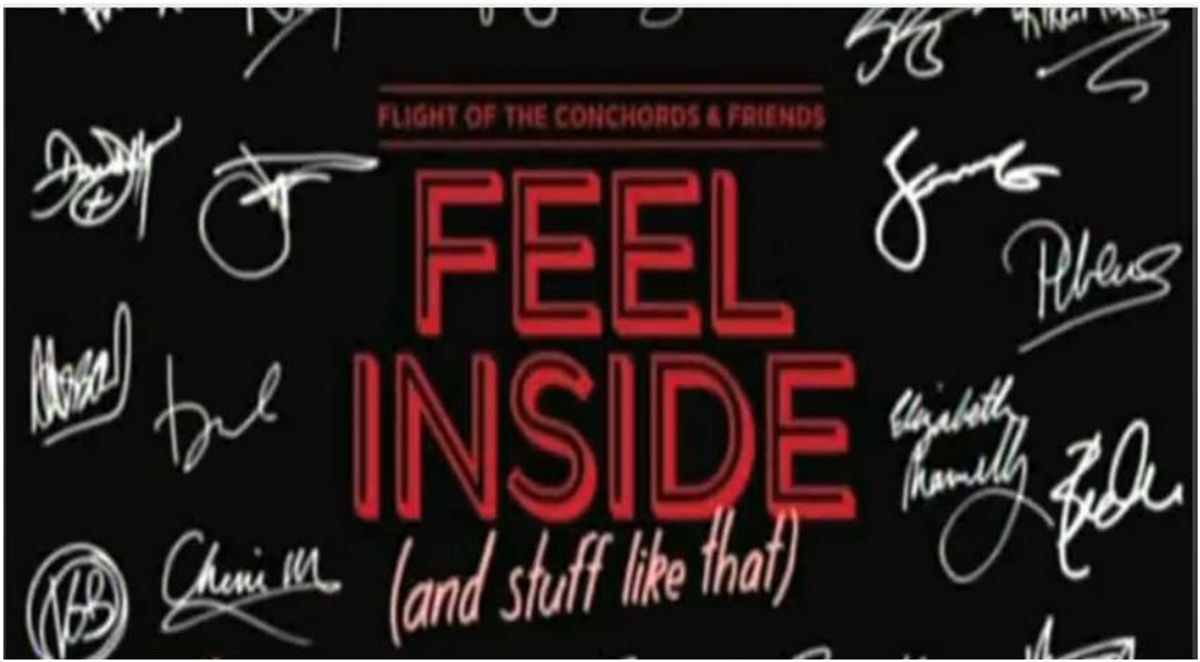 After taking a nearly three-year hiatus from composing together, Bret McKenzie and Jemaine Clement of  the beloved Flight of the Conchords have released a single.  They wrote the song, "Feel Inside (and Stuff Like That),"  for Red Nose Day, an Australian fundraiser that benefits sick children. All proceeds from the song go to charity.

The lyrics are based on interviews with a cute group of kids from Wellington, New Zealand. McKenzie and Clement asked them questions about what it means to be sick, how to raise money and what they think of  "The Muppets" (for which McKenzie wrote an Oscar-winning song, solo).

On being sick after drinking bubble mixture:

Jemaine: What were you thinking, drinking bubble mixture?
Girl: I wanted to turn into a bubble.

One boy's conception of the financial system:

Jemaine: What did you think of that movie?
Bret: There were some really good songs.
Girl: Yeah.
Jemaine: Did you like the songs, or not really?
Girl: Yeah! Miss Piggy just wears wigs all the time.
Bret: What about the songs?
Girl: They're so good.
Jermaine: Eh, you think so?
Girl: Yeah
Jemaine: I thought they were very derivative.
Girl: (giggles) yeah.

For the full interview and song, see the video below:

Charity Children Comedy Flight Of The Conchords The Muppets