It was 1967, and abortion hadn't yet been legalized. I shudder to think that it could be illegal again 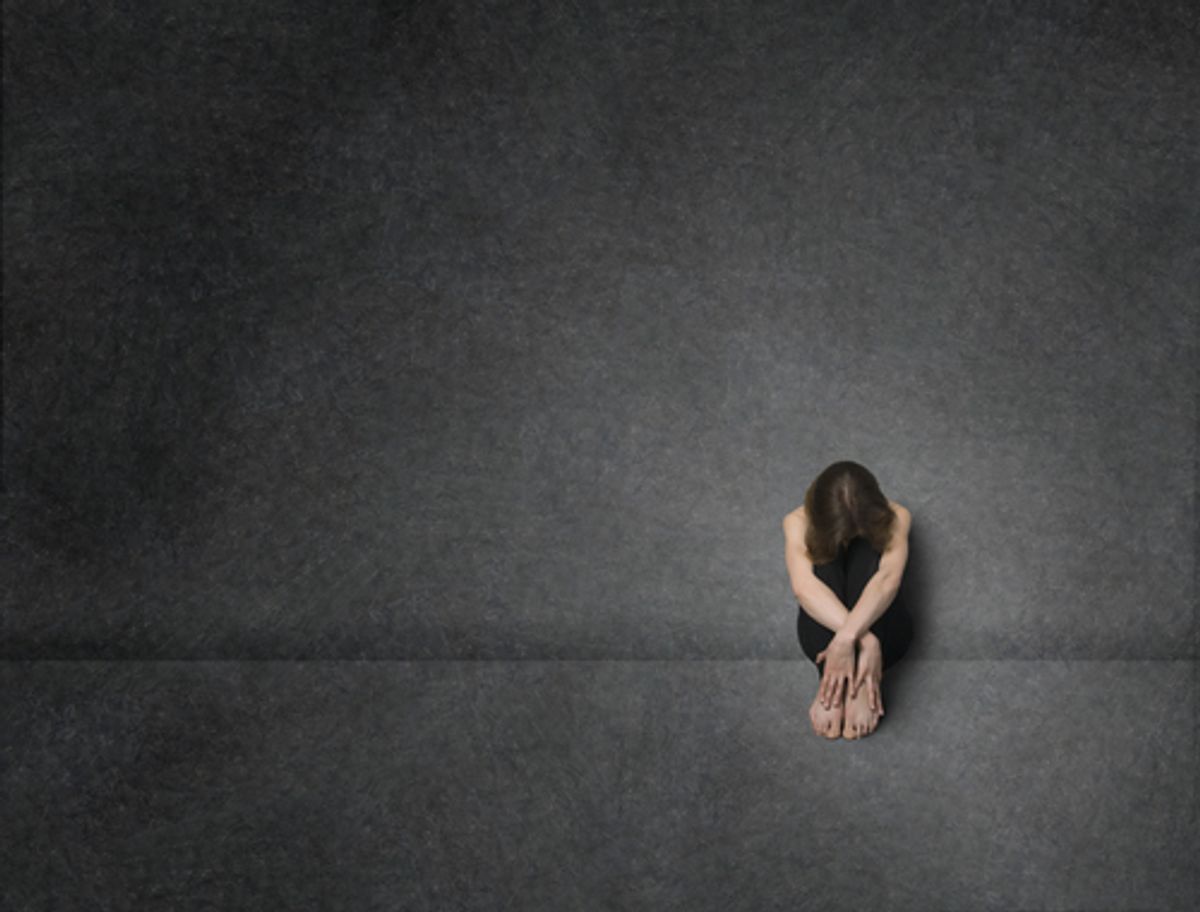 It wasn't a coat hanger. It was a wire.

The theory was that by inserting the wire through the cervix, moving it around a bit and then removing it, an infection would result and the pregnancy would be aborted. It worked. It was March 1967.

Afterward, after I watched the 'doctor' wash his hands with one of those little soaps wrapped in white paper, after he tilted the bedside lamp just so and after he said, "That should do it," I got dressed, left the motel with the flashing vacancy sign, made my way to the bus station in downtown Detroit, and rode in the dark in the eerie silence of a mostly empty Greyhound all the way back to Mt. Pleasant, the tiny Michigan town where I was a freshman in college. Curled up next to the window under my black pea coat, I wondered how long it would take, whether it would be on the bus or later. I worried that something a lot worse than being pregnant would happen to me because of what happened in the motel room, that I'd get sick or bleed to death. I wondered if I would ever feel right about what I had done and if there had been choices that I hadn't considered. I remember feeling like a mouse that had found the tiniest hole for escape while a giant tomcat loomed. I was distraught, empty and alone on that bus. Back in my dorm room, Jane, my roommate, held both of my hands in hers and said, "It will be OK. You'll see. You'll have lots of children when the time is right." It was a gesture of kindness and compassion that even now brings tears to my eyes.

I was 19. I had slept with my boyfriend just a single time. When I missed my period, I ever so reluctantly made an appointment with the town gynecologist who confirmed the pregnancy and then quizzed me incessantly about whether I knew who the father was. Did I know who the father was? Of course. There had only been one person ever. Yes, I knew.

The doctor told me to tell my parents but I couldn't. My mother, who had suffered for almost her entire adult life with severe depression, was so deep in her terrible place, on the couch or in bed all day, sleeping or staring, that I almost canceled my departure to college. The last child at home for many years, I had become her driver and caregiver when these episodes occurred. Leaving seemed like the worst kind of betrayal and yet the pull of the relief I knew I would feel being out from under her mental illness was irresistible. I really wanted to be in a place where people were happy. The thought of going home, sitting down on the couch, where I knew she would be, to tell her I'd gotten pregnant was unfathomable. Without question, I could not do that. My problem, then, was mine to solve.

My father, matter of fact as he was about everything, would line up a Justice of the Peace and get us married, but my boyfriend had already nixed that plan. He had a friend who had a friend who knew about the "wire" plan. We didn't have the $250 it would cost to pay a bona fide illegal abortionist so the only option was amateur hour. There was no real discussion. The wire became the path we would follow. I was cornered. I knew I was alone with the consequences whatever they would be. My boyfriend could walk away and no one would ever know. He was free. I was cornered.

I grieved and was wild for a full year after that. I broke up with my boyfriend, realizing right away that any man who would advocate the wire wasn't lifetime commitment material. I drank too much, bounced from guy to guy, and remember not much from that time except long times in the shower crying in grief and guilt. For years, I counted the days and months -- how old the child would be if the pregnancy had not been terminated. The guilt was overwhelming. But as I matured, I recognized the decision for what it was, what I believed was right. I accepted responsibility and forgave myself. In the truest terms, I did what I had to do.

But what I had to do was a dreadful thing. The lack of safe, legal and affordable abortion put me in a dingy motel in downtown Detroit to undergo a risky, unsanitary procedure that could easily have maimed or killed me. That I lived to tell the tale, to write about it on this page, is a small miracle of my life.

Six years later, abortion became legal in the United States. Of any accomplishment of the women's movement, this one was always at my core. It wasn't right for women to risk so much in order to be in control of their own reproductive lives. It wasn't right to punish women who have been cornered by circumstances -- unplanned pregnancy, no job, no money, no options -- by daring them to find the $250 illegal abortionist in their city or worse. It wasn't right that women should have to pay for a mistake with their fear, risk their future health and their very lives while men could walk away and be free. I was happy, so happy about Roe v. Wade. At last, I thought, this one thing for women -- at last.

Twenty-five years after my abortion, busloads of antiabortion protesters came to my town. Each morning they would pick a different abortion clinic and turn out by the hundreds to harass women coming for their abortion appointments. The crowds could be enormous with people waving signs with what they claimed to be pictures of aborted fetuses, and singing "My God Is an Awesome God" verse after verse, hour after hour. Right away, I signed up to be a clinic defender and each morning I'd get up at 5, pick up a friend, and go lock arms with hundreds of like-minded folks to "protect" that day's abortion clinic and the women who needed its services. We'd stand there silently while the protesters yelled at us and sang their hymns. They'd call us baby killers and murderers.

Sometimes it would be nose to nose, shoulder to shoulder. The protesters would bring their children, too, and they would be singing "Jesus Loves Me" between choruses of "Awesome God." We'd all be standing in a giant scrum while morning traffic zoomed by, horns honking in support of both sides. Special protectors in orange vests would shepherd each woman into the clinic for her appointment while protesters surged to scream at her. I couldn't believe how evil and cruel it was to be screaming at a woman when she was in such a terrible situation, when she was cornered.  I wanted to yell at them, "HASN'T ANYTHING BAD EVER HAPPENED TO YOU?

Where is your loving kindness?

And here we are again. Demonizing women. Limiting birth control. Shrinking access to legal and safe abortion. Daring women to go find the wire. All while men can walk away and be free.

It makes my 64-year-old soul angrier than almost anything. The extreme hatred for women voiced by politicians, the talk of legitimate rape, the unbelievability of the idea of an ultrasound probe, the intent to demean me/us: It all puts me back on the bus in the dark, by myself, cornered and alone.

It's so wrong to treat women this way. So wrong.  We just can't go back.