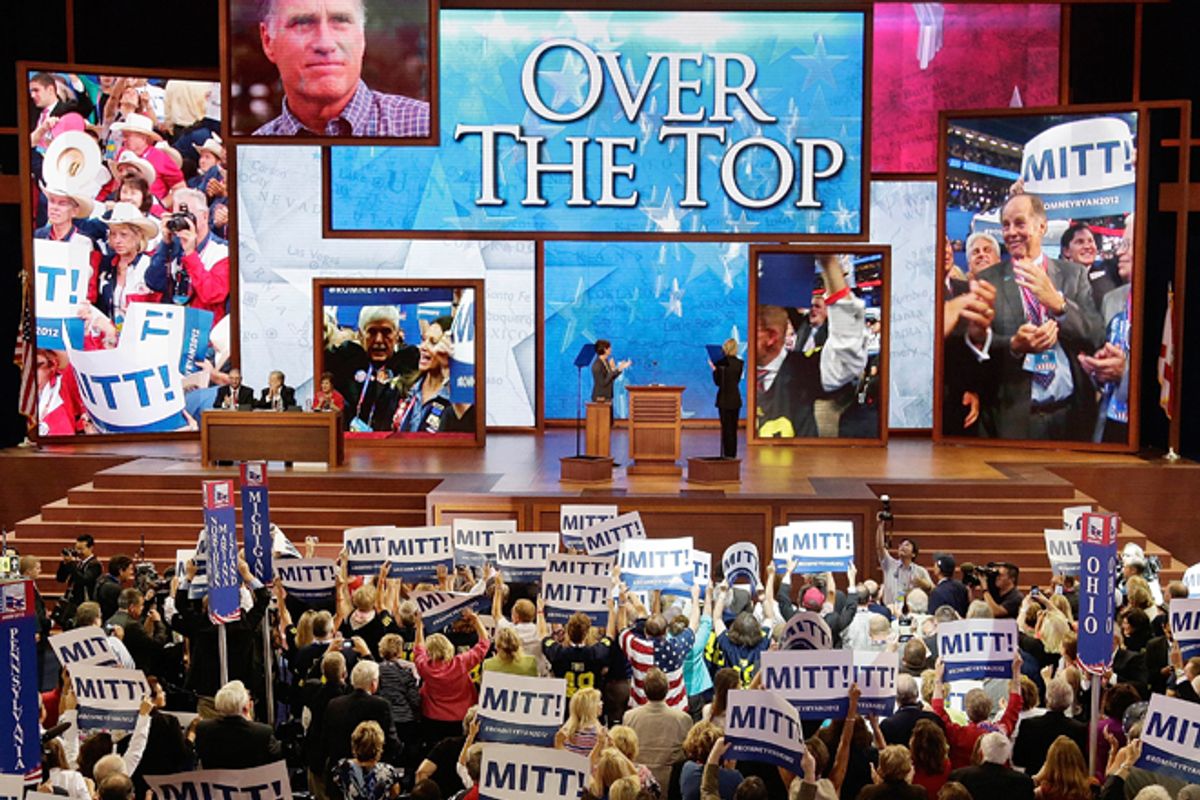 TAMPA -- "Get out of my face! Get out of my face!" A civil war erupted among the Nevada delegation on the floor of the Republican National Convention this evening as each state read the number of votes it was casting on behalf of each candidate. As almost every state read its votes for Mitt Romney, Ron Paul supporters vocalized their discontent, but the former governor of Nevada is accusing a contingent of Rep. Ron Paul supporters of "illegally" misrepresenting the vote count in the official count.

Bob List, Nevada's former governor and attorney general, and the chairman of the Republican National Committee budget committee, said the 17 votes his state cast for Ron Paul during the roll call of the states is false. "I know the law, OK?"

List said the Paul supporters flooded the state convention and won a lot of delegates, fairly, but that they then switched the number of votes when it came time to cast them tonight. "He's an outlaw, he didn't follow the law," List said of Robert Terhune, the Nevada delegate who read the votes. "I'll find a way to correct this. Reince Priebus will certainly put it properly," List said of the Republican National Committee chairman when asked what would happen of the official vote tallies.

The two sides got in a shouting match in the aisle until some delegates from Rhode Island, the state directly behind Nevada, who had yet to announce their roll call vote, asked them to take it elsewhere.

"I'm a bit wrought to give an interview right now," Terhune said when Salon asked him for his side of the story. "It's not going to change," Terhune said of the vote.

"Bob List is a dinosaur! He is everything wrong with the Republican Party," yelled delegate Jim Ayala, a small business owner from Nevada, wearing a T-shirt and hat emblazoned with the logo of the Oathkeepers, a radical Second Amendment group.

"This is a completely undemocratic process," said delegate Blake Buffington, a Ron Paul supporter. Buffington said that six states had earlier submitted the proper paperwork to add Ron Paul's name to the ballot of the convention, but that officials ignored the request. "The Soviet Union didn't have a more rigged system," he seethed. Asked if he thought List might be successful in changing the roll call vote, Buffington replied, "It's pointless. You're asking the mafia to acknowledge their corruption."