Over the past 20 years, Americans have turned against the poor -- and it's only getting worse 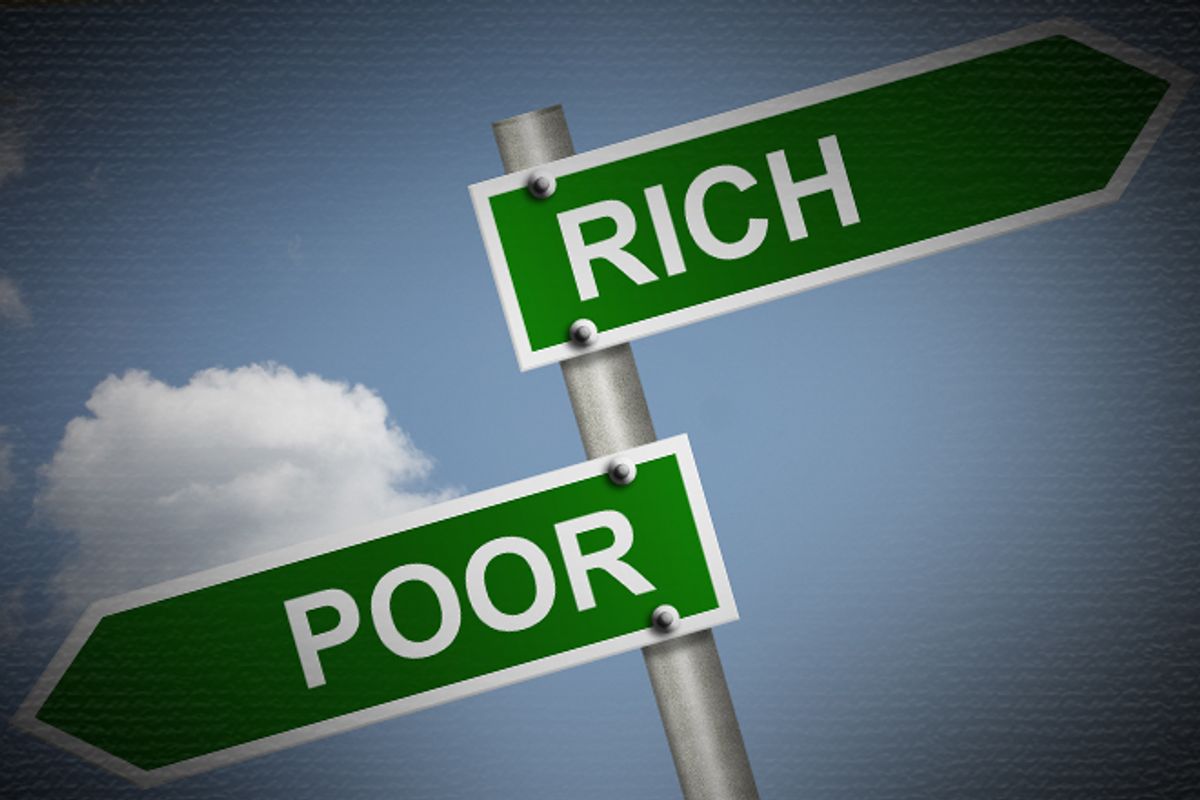 How do Americans really feel about taxing the rich? At first glance, a brand-new report from the Pew Research Center offers some promising ammunition to those who think that Democrats can win this November by campaigning on a platform that calls for the wealthiest Americans to pay their fair share (aka "class warfare").

Even as Republicans gather in Tampa to celebrate Mitt Romney's unimpeachable wealthiness, according to Pew, 58 percent of Americans think that the rich don't pay enough taxes. Three-quarters of those surveyed (and 56 percent of Republicans!) agreed with the statement "Today it's really true that the rich just get richer while the poor get poorer."

But the New York Times' Catharine Rampell takes a harder look at the numbers and sees something very interesting. Sure, a majority of Americans think that the rich don't pay enough taxes. But back in 1992, when the rich were paying a higher tax rate than they are now, a much larger majority of Americans -- 77 percent -- felt like the rich should be paying more.

So, over the last 20 years, Americans have gotten softer on the rich, and harder on the poor -- even as income inequality has grown, tax rates for the rich have fallen to historically low levels, and the wealthiest Americans have grabbed an ever larger piece of the pie. Does that sound like a recipe for class warfare? Nope! The numbers actually signal the opposite conclusion. Over the past few decades, it has become more and more perilous for Democrats to highlight growing inequality -- because the country appears to care less and less about fairness.

The paradox evident here is befuddling, and even more so when you consider a chart published in another Pew Research Center report that dramatically illustrates the changes in median family income for all classes of Americans over the past 60 years. In the '50s and '60s, everyone did well, but the poorest Americans saw their income grow the fastest. In the '70s: stagnation across the board. In the '80s, median income growth for the poorest Americans fell, but skyrocketed for the richest. In the '90s, again, growth for everyone, but the richest grabbed the biggest gains. The first decade of the 21st century was bad for everyone, but worst for the poor.

And yet, over the last 20 years of this dispiriting cycle, fewer and fewer Americans felt that the rich didn't pay enough in taxes, while more and more Americans felt the poor should pay more. That's an America that a man like Mitt Romney can feel comfortable in. The rich are getting richer and the poor are getting poorer -- and we're OK with that.

Why this is so is hard to understand. All Americans aspire to be rich, which leads to the theory that we don't want to tax them too hard because we hope to be them some day. Why such a predisposition persists even as the country becomes more stratified in class structure is  perplexing. But understanding the dynamic might explain a lot about what is happening in the presidential campaign right now. Mitt Romney appears to be making some headway targeting Obama with bogus claims on welfare, suggesting that his evil socialist plan is to give your money to the undeserving poor. Given what we know about how American hearts are hardening, that may end up being a more fruitful line of attack than Obama's call to raise taxes on the rich.