As Arianna participates in a well-heeled panel on America's jobs crisis, her spa has "volunteers" rub down VIPs 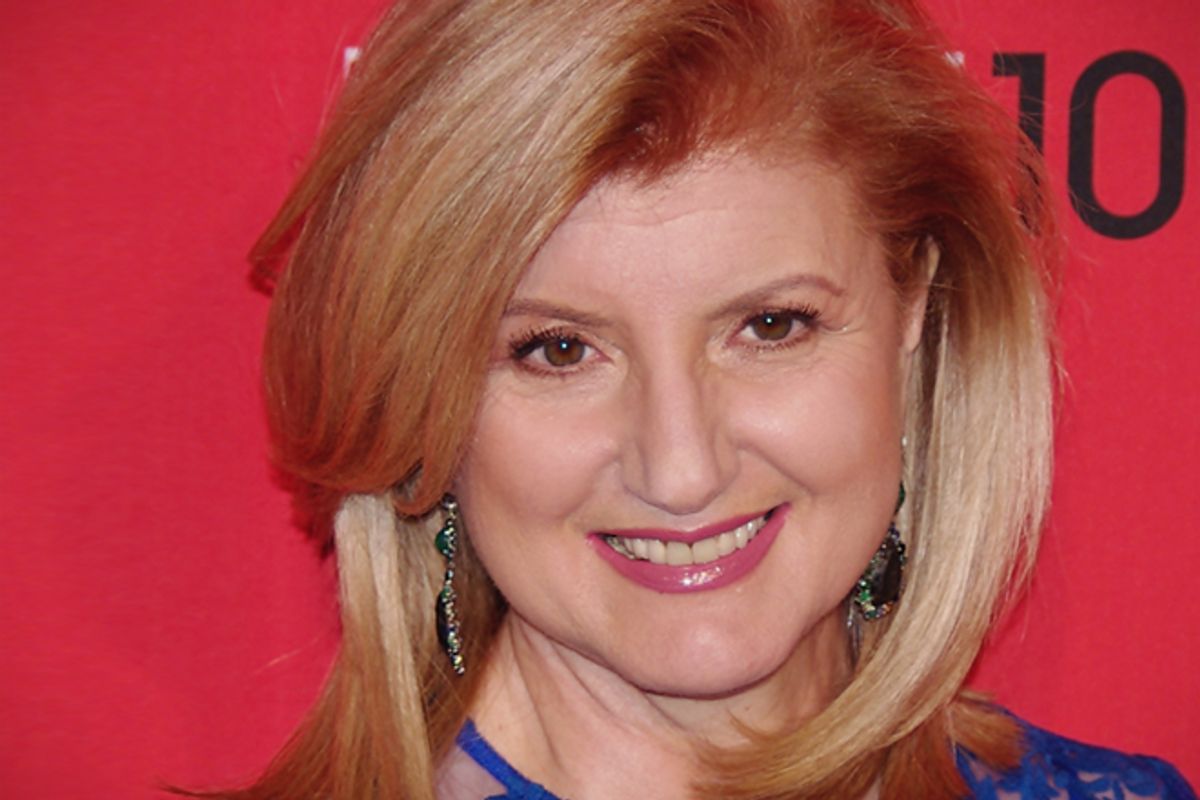 At Ybor City's opulant Cuban Club this afternoon, the Huffington Post co-sponsored a panel on solving America's unemployment crisis. The theme of the discussion and the "entrepreneurship expo" in the club's downstairs area was "What Is Working." Joining HuffPo founder Arianna Huffington on the panel was Ohio Gov. John Kasich (R), discussion moderator Tom Brokaw, Judith Rosen of the Rockefeller Foundation, Scott Case of "Startup America," Microsoft general counsel Brad Smith, and Valencia College president Sanford Shugart. This distinguished group of wealthy, gainfully employed Americans had the usual Aspen Institute ideas for getting Americans back to work: some sort of amorphous national service, "private-public partnerships," that sort of thing.

What Arianna didn't suggest is that we just move to an all-volunteer economy, like that of "The Huffington Post Oasis," where the yoga instructors and masseuses, providing free services to journalists and visiting VIPs, aren't getting paid.

In a statement to New York, a HuffPo rep said the "health team" is made up of volunteers from nonprofit "Off the Mat, Into the World," which HuffPo donated to. But I'm not sure what the professional massage workers rubbing down journalists for tips and only tips have to do with a yoga nonprofit. The Oasis invite I got last week only specifically mentions the yoga classes as being offered by "Off the Mat," and no sponsor is mentioned for the massages (or the spa treatments, mini-facials, "makeup refresh" and reflexology). I put in an email to a HuffPo rep, and I'll let you know if they get back to me. (I didn't get a chance to corner Arianna at the panel and ask her, sadly.)

The Oasis is a heavily sponsored venue, with free food from LYFE Kitchen, free drinks from POM and (military junta-supporting and environmentally disastrous) Fiji Water, and lotions from Bliss, all provided free to journalists, obviously as a marketing tool.

But there's a substantial difference between a donation of free product from a corporation and the donation of free labor from workers like massage therapists, who are usually independent contractors or sole practitioners, paying rent in their workplaces, making an average annual income of $21,028 (with tips).

The Huffington Post, of course, is famous for not paying its bloggers. They have a large staff of (usually decently) paid professional journalists and editors, and a mountain of free content provided by people who are simply excited to have a prominent venue in which to be published. They have obviously extended this same model -- people will be grateful to offer labor for free if you market the idea correctly! -- here to Tampa.