What if the Romney sons were a boy band?

In a way, they already are 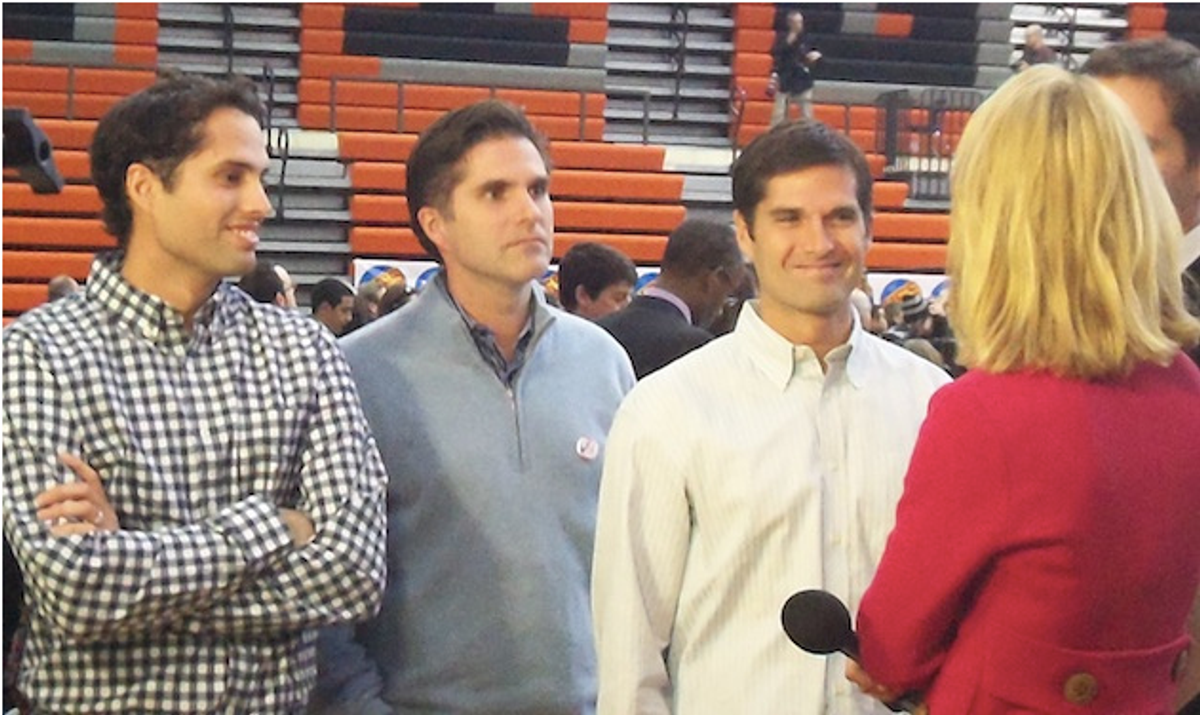 With their  G-rated appeal, strong-jaws, and an unconditional willingness to sing their father's praises, the five Romney sons have all the makings of a boy band. Let's get to it!

Tagg, 42- The lost soul
Once as a wayward teenager, Tagg Romney called his dad a nerd. He also skipped church, and later was forced to scrub boats as punishment for other mini-rebellions. Tagg has since learned from his messed-up ways, and models himself after his old man, telling the New York Times, "If I could be half the man my dad is, I would be very happy."

Matt, 40- The needy one
Matt Romney learned at a young age that if you want attention from your family, you need to be withholding. He told ABC that he liked to disappear for short periods of time and "just be outside hiding in a bush watching TV, hoping that everyone was just, you know, missing me." As one can tell from his bro-neric music tastes -- Bob Marley, Led Zeppelin and Coldplay -- the man just wants to be liked.

Josh, 37- The "real" one
Don't let the khakis, ivy league degrees and plastic smiles fool you, the Romneys are real and Josh Romney is as real as they get. He told ABC, "We're real and we all have our own issues and we have our own faults and all that stuff. Obviously, we're not going to go on TV and tell everyone about them, but we all have our own thing."

Ben, 34- The blond one
Without getting too crazy, the blond doctor adds a little much-needed diversity to the band. He reps them well with his MySpace page.

Craig, 31- The bilingual heartthrob
As the youngest (and possibly hottest) son, Craig Romney is the poster child for the modern-day All-American man: he looks like Tom Brady, but he can also speak Spanish.