Why is the Republican National Convention using hundreds of compact fluorescent lights? 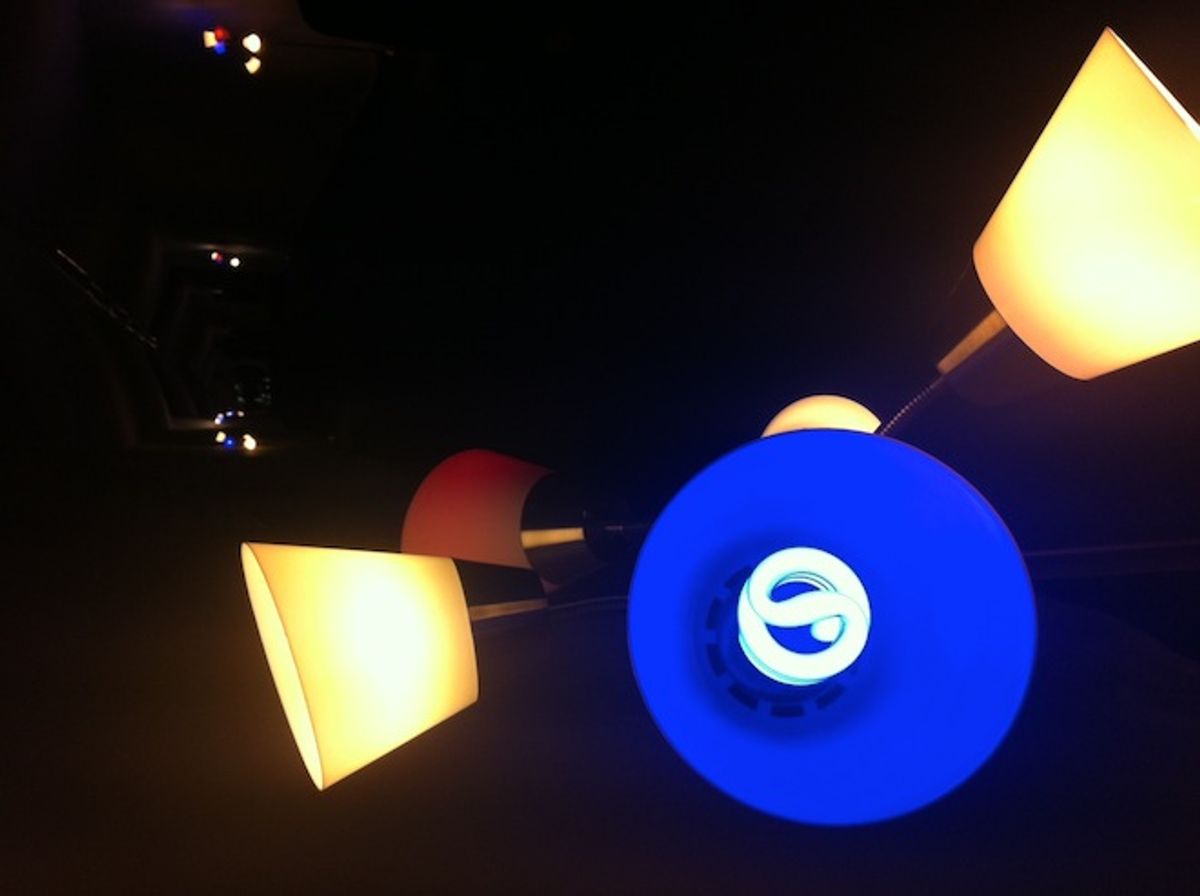 TAMPA -- The radical leftist environmental agenda has managed to insinuate itself, even here. The enclosed walkway connecting the two main sites of the Republican National Convention is lit by hundreds of energy-efficient red, white and blue compact fluorescent light bulbs, which are destroying our freedom, according to Republicans. GOP lawmakers rallied around a bill that opposing “the little, squiggly, pig-tailed” bulbs, as sponsor Rep. Joe Barton called them (Barton is best know for apologizing to BP during the oil spill).

New government regulations encourage the sale of the bulbs, which conservatives see as a radical environmentalist power grab. “When the 100-watt incandescent light bulbs are outlawed only criminals will have them. That means me. I will be a criminal,” said Rush Limbaugh in a courageous outburst of civil disobedience. Rep. Michele Bachmann made supporting old-fashioned incandescent bulbs a key piece of her presidential campaign, “I think Thomas Edison did a pretty patriotic thing for this country by inventing the light bulb,” she said.

Even the Tampa Convention Center, which is hosting reporters at the convention, has been co-opted. “We are committed to delivering exceptional service to our clients and that includes participating in programs that help protect our environment,” it says on its website. The Tampa Bay Times Forum, where the delegates gather and Mitt Romney will speak Thursday night, features 351 faucets that it says “conserve water.” Just across the street and in clear sight of the Forum, is a giant billboard advertising the Chevy Volt, a hybrid car that Rush Limbaugh called “Obama-mandated death traps."

Running throughout the secured convention campus are trolley tracks, which can take you to the Amtrak station. Trains, of course, "diminish Americans’ individualism" because you ride them and can't choose where they go, unlike cars, which represent freedom. Bachmann laid out the grand liberal conspiracy in 2008:  "This is their agenda ... They want Americans to take transit and move to the inner cities. They want Americans to move to the urban core, live in tenements, [and] take light rail to their government jobs. That's their vision for America.” Sounds like Tampa.