Clint to chair: Get out of Afghanistan! 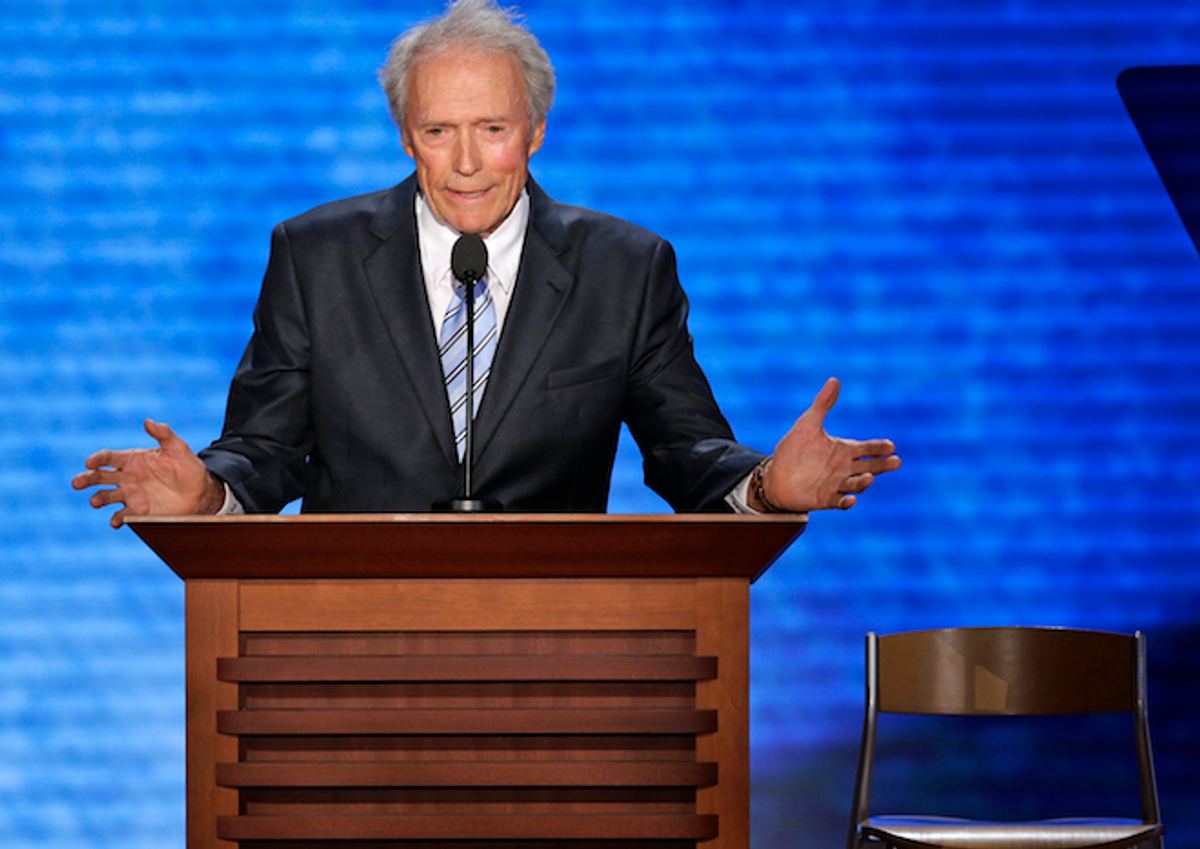 You really cannot overstate how bizarre this was: Political conventions are not supposed to have weird, unscripted moments onstage, especially on the final night shortly before the nominee's speech. You generally don't let old men -- old men with no real experience addressing national TV audiences -- show up, onstage, and do ... whatever they want.

Clint Eastwood -- a fine American actor and director -- went onstage and argued with a chair. For what felt like an hour. He also trashed lawyers, for some reason, and said something nice about Jon Voight and also he pretended the invisible president told Mitt Romney to "go fuck yourself."

I think convention organizers thought they'd get the serious, somber Eastwood of his recent films, and not ... the comedy stylings of Dirty Harry. (Romney aides apparently did a bit of wincing.)

Before Eastwood we were repeatedly introduced to Mitt Romney, who’s been absent, rhetorically, for most of the rest of the convention. This was a weird show by any standard: Taylor Hicks, Olympians, a parade of D-list pols and non-politicians no one’s ever heard of. The point was both to humanize Romney and to make sure none of the presenters would outshine him, as any number of the previous few days' speakers would have. Eastwood ruined that.

So the crowd at the Republican National Convention actually, for real, applauded for this:

I know you were against the war in Iraq, and that’s okay. But you thought the war in Afghanistan was OK. You know, I mean -- you thought that was something worth doing. We didn’t check with the Russians to see how did it -- they did there for 10 years.

But we did it, and it is something to be thought about, and I think that, when we get to maybe -- I think you’ve mentioned something about having a target date for bringing everybody home. You gave that target date, and I think Mr. Romney asked the only sensible question, you know, he says, “Why are you giving the date out now? Why don’t you just bring them home tomorrow morning?”

Again, the crowd applauded this. I mean, sure! Bring the troops home, and also Afghanistan was apparently a mistake ...?

After the single most entertaining moment of this convention, two boring politicians gave scripted speeches.