Pick of the week: Jewish-exorcist movie of the year!

Pick of the week: "The Possession" is both an outlandish fable of an unleashed Dybbuk and a nuanced divorce drama 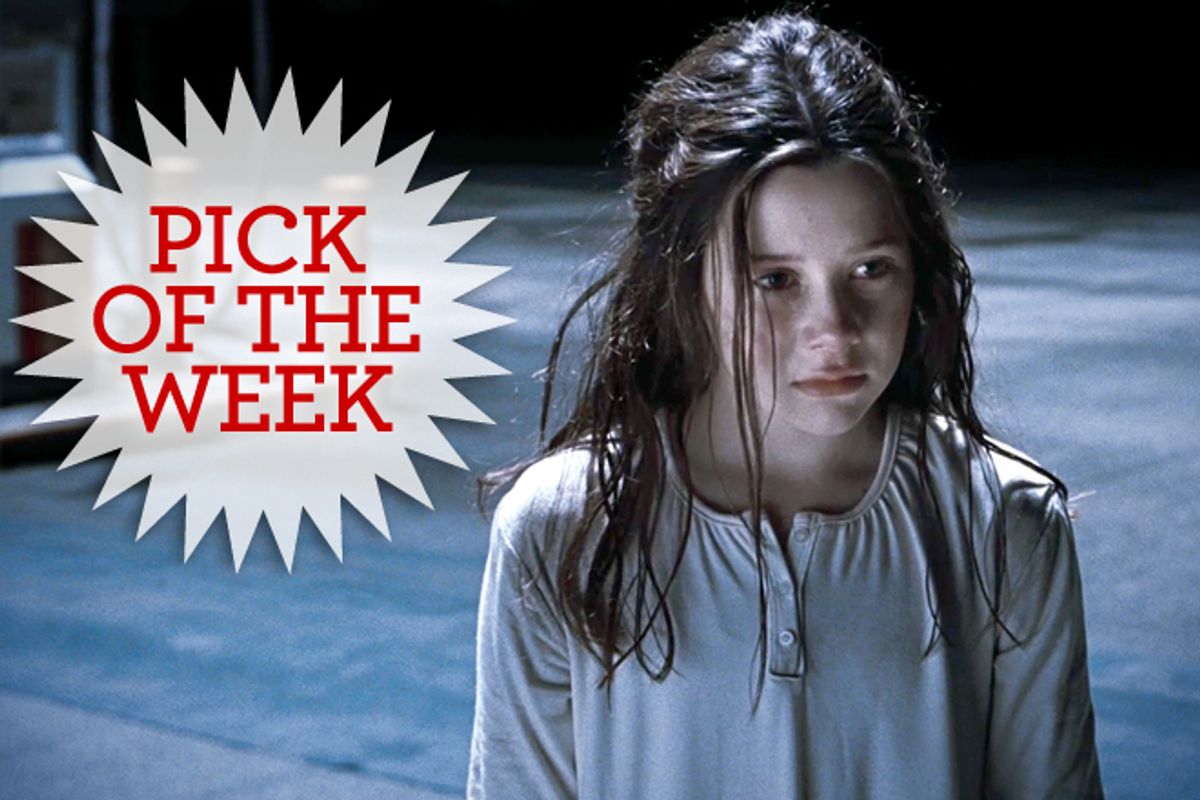 Moody and a little slow, with muted colors and a half-empty, alien-feeling suburban setting, Danish director Ole Bornedal’s “The Possession” is a nifty end-of-summer gift for horror buffs. (Understandably, the promotional campaign for this movie has emphasized producer Sam Raimi, but he didn’t write it or direct it, and it never feels much like his work.) This is a lugubrious, lovingly crafted B movie, with more than a little 1970s flavor but no arch postmodern attitude. Is it great cinema, or even a picture you’ll remember clearly this time next year? Maybe not, but “The Possession” is beautifully photographed and well cast, with Jeffrey Dean Morgan and Kyra Sedgwick as a depressed, divorced couple whose younger daughter meets a most unwelcome new friend. Furthermore, it delivers its shocks masterfully and without overkill, and offers a new twist on the familiar exorcism formula.

I’m not going to claim that there’s never been a Jewish-themed demonic-possession movie before, since that’s probably not true -- every arcane corner of human religious and spiritual belief has been plumbed by horror screenwriters at some point. (In fact, I dimly recollect a Judeo-centric parody of “The Exorcist,” released on LP, that my big brother owned. Anyone?) Here, writers Juliet Snowden and Stiles White take the genuine concept of the “Dybbuk box,” demonic containers made of ornamented wood sometimes found in the 18th- and 19th-century shtetls of Eastern Europe, and run with it. More interesting still is Bornedal’s portrayal of the Hasidic community in Brooklyn’s Borough Park neighborhood, where Morgan’s stricken dad finally finds a rabbi’s renegade son – played by Matisyahu, the ex-Hasid alt-rock artist – to help cast out the evil one.

By the time Em (Natasha Calis), a girl of 9 or 10, picks out the odd-looking box at a suburban garage sale, we already know it’s extremely bad news, thanks to an actual 1970s prologue sequence. We also know that Em and her older sister Hannah (Madison Davenport) are suffering through their parents’ dreary divorce, which has exiled Clyde (Morgan), their shaggy basketball-coach dad, to a brand-new house in a distant outer suburb and led their thin-lipped mother, Stephanie (Sedgwick), to shack up with an irritatingly cheerful orthodontist (Grant Show). I have the feeling that I’ve seen the orthodontist-as-inadequate-stepfather gag played out before, in other divorce movies, but it still works. I apologize in advance to all those who practice this noble and helpful profession, but doesn’t the very idea – “Mom’s dating a guy who puts braces on kids’ teeth!” – conjure up your inner sixth-grader? (Wait till you see what the imprisoned Dybbuk has in store for him!)

That atmosphere of faint but persistent gloom, along with the underplayed performances of Morgan and Sedgwick, a pair of genuine movie pros, constitutes the true heart of the picture. (The photography, most of it in blues and grays, is by Dan Laustsen, who also shot Bornedal’s delicious noir thriller “Just Another Love Story.”) Movies about demons usually have to choose between psychological and supernatural explanations, but this one insists on both. The muttering entity in the box, which first manifests itself as swarms of oversize moths, is real enough in this movie’s universe – but it can only gain access to Em’s mind and body because she’s vulnerable and unhappy. If I really wanted to, I could construct an argument that “The Possession” has a right-wing, family-values agenda: Don’t get divorced, or the Jewish boogeyman will get your kids! Well, maybe I buy into that agenda, because my reaction to that is advice readers frequently offer me: Chillax, man! It’s just a movie!

Given the understated mood of the picture, Bornedal doesn’t try to stage big, gruesome shocker moments, or for that matter fake shocks designed to make you jump. There’s minimal gore (although I gather the movie was cut down to garner a PG-13 rating), and the movie’s power comes from an inexorable grinding fear that’s very much reality-based, the terror that just as unseen forces ate away Clyde and Stephanie’s love for each other, now something else is eating their daughter. “I feel funny,” Em tells her father during a moment of clarity. “I don’t feel like me.” While “The Possession” is no blindingly original reinvention of horror formula or anything, I found it an intensely creepy invocation of parental fears, with a nifty climax staged in the hallways and basements of a hospital.

I’d have to agree with the sentiment that if you’ve seen one exorcism sequence in a horror movie you’ve pretty much seen them all. This one builds nicely toward two tripped-out final twists, and features the immensely agreeable Matisyahu as Tzadok, a street-wise Hasid who blends his dad’s Old World wisdom with a little NYC hip-hop attitude. As Tzadok explains to the thoroughly goyish Clyde with a certain relish, he has an obligation to violate the Sabbath and get into Clyde’s car, because a human life is at stake. Your obligation, on the other hand, is to catch “The Possession” this weekend with appropriately mixed expectations – and then not to buy the cool-looking box with Hebrew writing on it at the Labor Day garage sale.