The Romney campaign spent at least $120,000 to promote Romney/Ryan as a Twitter trending topic Thursday night 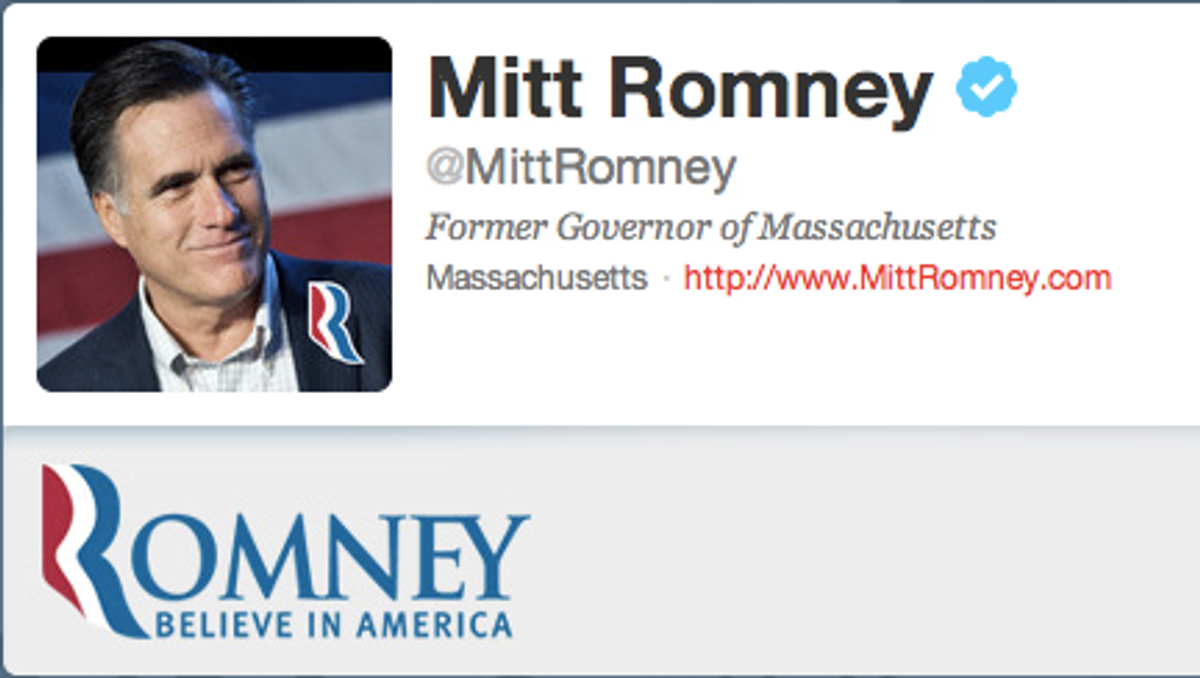 The Romney campaign is officially the first campaign to buy space on Twitter.  The Wall Street Journal reported that it purchased the hashtag, "#RomneyRyan2012," as a nationally promoted trending topic on Thursday night. The campaign's digital director, Zac Moffatt, told Mashable, “I really think that this convention is achieving what it set out to do, which was to provide a convention without walls."  As of 9 p.m. last night, the hashtag had amassed 10,000 unique tweets. The whole promotion cost Romney's campaign at least $120,000.

However, the effort may not have paid off. The Twitter stream for "#RomneyRyan2012" is filled with anti-Romney sentiments, many of which were retweeted hundreds of times due to being so prominently displayed:

Mitt Romney pulled off an amazing feat tonight. He spoke for 30 minutes without saying anything. #RomneyRyan2012 #RNC2012

The man Who CAN'T Be President @mittromney -The Most Secretive,Lying Candidate Ever #RomneyRyan2012 #lyinryan