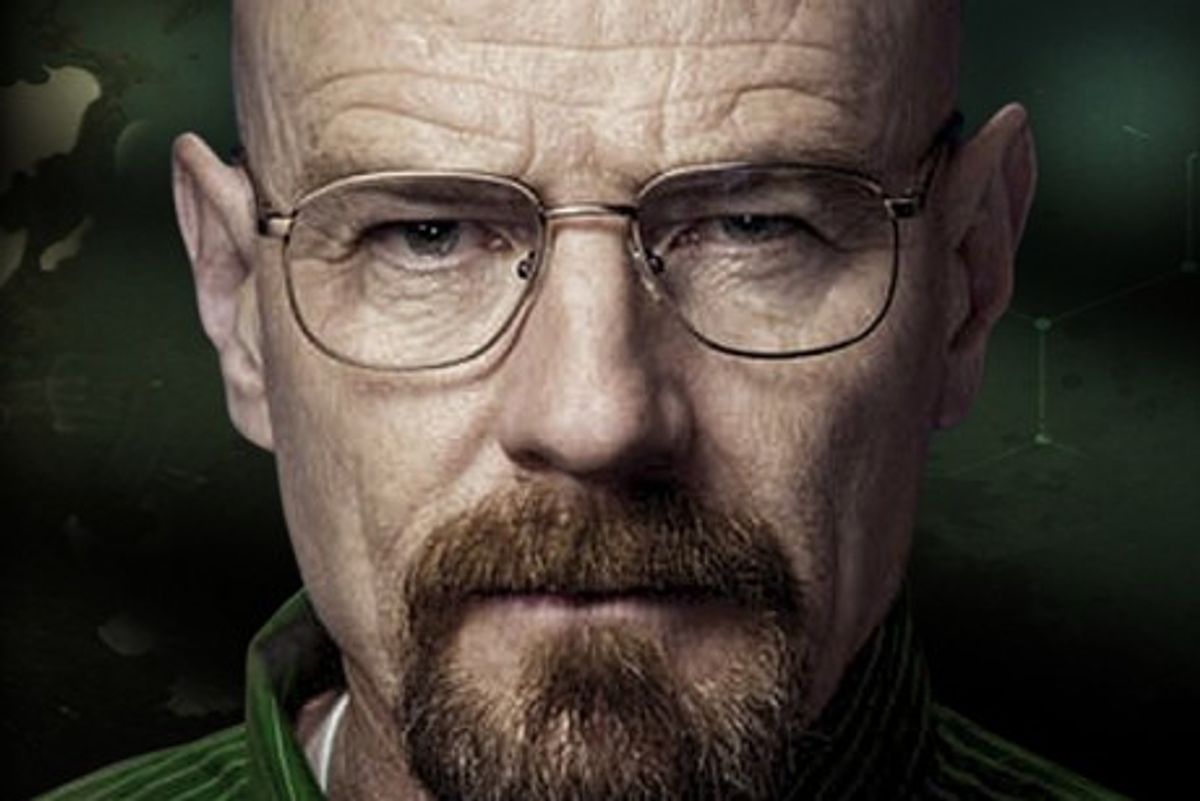 Eight weeks ago, I concluded my first recap by quoting Winston Churchill. “Now, this is not the end. It is not even the beginning of the end. But it is, perhaps, the end of the beginning.” Or, more to the point, as an astute commentator pointed out, “Walt's fundamental problem is that he finds himself in season five of a four-season story arc.”

This is the dilemma that Vince Gilligan and his cohorts have grappled with. How do you sustain interest in a lead character who becomes more and more repellant as time goes on? How many different ways can the people around this lead character express their revulsion without contaminating the viewing audience? Ultimately, in a time-tested cliché heard by every writer of every drama at one time or another, who are we supposed to root for?

Vince Gilligan is an admitted Stanley Kubrick fanatic. And this entire season reflects that fanaticism. There are great Kubrick movies, and not-so-great Kubrick movies, but even his lesser films are brilliantly crafted. And they all contain what Kubrick called “non-submersible units” – scenes that are so powerful they overpower any flaws in story, dialog, plotting and casting.

“Gliding Over All” is a brilliantly crafted episode which The Master would have loved, where sequence after sequence demonstrates non-submersible filmmaking. But it is all sound and filmmaking fury, camouflaging dramatic loopholes and missed opportunities leading to the most unsatisfying series closer since our saga began.

We begin with a cameo from one of our favorite bit players, the “Fly.” Walter knows by now the futility in trying to kill it, so, we move on to yet another ritual of body disposal, of the late, lamented Mike Ehrmantraut. Jesse appears, and the ante is raised. What will Jesse do when he finds out Walter has killed one of his father figures?

Then, the “Last Seduction” of Walter, by Lydia. A napkin becomes a death warrant for nine, make that ten loose ends, sealed with a scarily erotic handshake from the black widow. Walter swaps his real glasses with his scary glasses, after our ricin container makes an appearance. It’s then put back in its wall socket, from where we now know for certain that it will re-emerge. Then, we attend a pre-production meeting at the Motel Hacienda, where, in yet another amazing coincidence, Todd’s uncle has the ways, means and total control to massacre ten men in prison – in two arbitrary minutes. In the good old days of “Breaking Bad”, a scheme of this complexity would have fueled more than a montage and a digression into the provenance of bad motel art. In this season of MacGyver like plot twists, the deadly deeds get done in the time that Nat King Cole can sing a typically ironic standard. No “Shawshank Redemption” for poor old Dan Wachsberger. One bank officer is going to miss those baked goods.

Next up, a wonderful scene with Walter donning his mask of deliberate obtuseness with the shattered Hank, followed by another non-submersible jump cut from Hank’s couch to Temp Meth lab couch. If anyone, anyone out there in the legion of “Breaking Bad” fanatics, ever suggested the use of the oh-so-perfect “Crystal Blue Persuasion” – well, you get an honorary Pork Pie Hat. This is the “Breaking Bad” whistle-while-you-work montage for the ages, which leads to Skyler and Marie’s delicate conversation. Nobody in Marie’s living room can resist the truth telling lure of a talking pillow, and Skyler succumbs.

Then, we have another non-submersible unit. Skyler takes him to their money pile, a symbol of how far things have gone, so obvious that even Walter drops his obtuse mask. So much money it cannot even be counted, let alone spent. Walter too succumbs to logic, or so it seems. He returns to the hospital for what I believe is a most significant PET scan, and gazes upon the paper towel dispenser he punched out at the conclusion of Season Two’s “4 Days Out”.

Walter then pays a visit to Jesse. No bravura filmmaking can save what seems to be a serious confrontation, ignored. You’re telling me that Jesse would betray so little emotion over Walter killing Mike? That he would just shrug it off and roll back up into his fetal ball? The “is it a bomb, or the head of Mike or just money” in that black bag was a tense scene, but overall, this meeting was a pulled punch, heralding perhaps the most disappointing “season closer” in “Breaking Bad” history.

This closer starts with another bravura round of insipid, wonderful small talk as the White family finally reunites. “Who am I to fly in the face of public demand?” Walter asks, and I thought we were going to find out, right then, right there. This for me was one of the tensest scenes in this latest series. I was certain someone was going to get shot by a hidden assassin, sent by one of the people who have come to depend on Walter’s “Crystal Blue Persuasion”. Instead, a major dramatic card is played, most un-dramatically.

With all of the fantasy sequences that we have imagined for that cathartic moment when Hank finally realizes the real identity of Heisenberg, it has to happen because Walter left a poetry book in his bathroom? A book the world’s most careful, fastidious man knows is dedicated to him by a victim of his murderous conspiracy? After he already has come close to getting caught by Hank over those very same tell tale initials? Again, life is full of coincidences, but up until this season, “Breaking Bad” has managed to artfully create a fictional life that is both mundane and insanely dramatic – and in this season that balance of creative powers seems very off.

In the staging of this revelation, the Kubrick influence is most apparent, echoing the sitting on the toilet suicide of poor Private Pyle, at the end of part one of “Full Metal Jacket”. Hank even gives us the patented Kubrickian “Lon Chaney Big” stare as we cut to credits.

If these criticisms seem harsh, I must lay responsibility solely at the feet of “Breaking Bad’s” creative team. Not for doing a bad job, but for doing such a great one across the first four seasons to keep all their balls in the air. Now, they must fall to earth while our collective standards and imagination want to see them remain aloft. Gilligan’s crew has set such high standards for themselves that I am worried that it is impossible for them to fulfill them – and these first 8 episodes do not exactly allay my fears.

Which leaves us, where exactly? I have compared “Breaking Bad” with the career arc of Bob Dylan, someone who always had to work inside his own shadow. Dylan has made it his mission never to give his audience what they expect, or what they want. He does, on occasion, give them what they need. I have hopes that “Breaking Bad” gives us what we need. And not a “who will shoot J.R” bogus mystery, or an onion ringer of a “Sopranos” fade out. Vince Gilligan recently told the LA Times about another beloved series ender: "The worst ending for MASH would have been a surprise ending, which is you're never going to see them go home. You want to see them go home, even though it's the thing you most expect."

We shall see on what savage porch that welcome home mat lies for our characters. I hope in one year that “Breaking Bad” has provided dramatic Zoloft for my current aesthetic anxiety, and I intend to give it the benefit of every single doubt.

One of the many insane joys of this series is in how our characters manage to escape from every trap they made for themselves.

Now, it is the creator’s turn. I’ll be watching.