Obama pledged an Impossible Presidency, and sure enough found it impossible to deliver. What he'll say in Charlotte 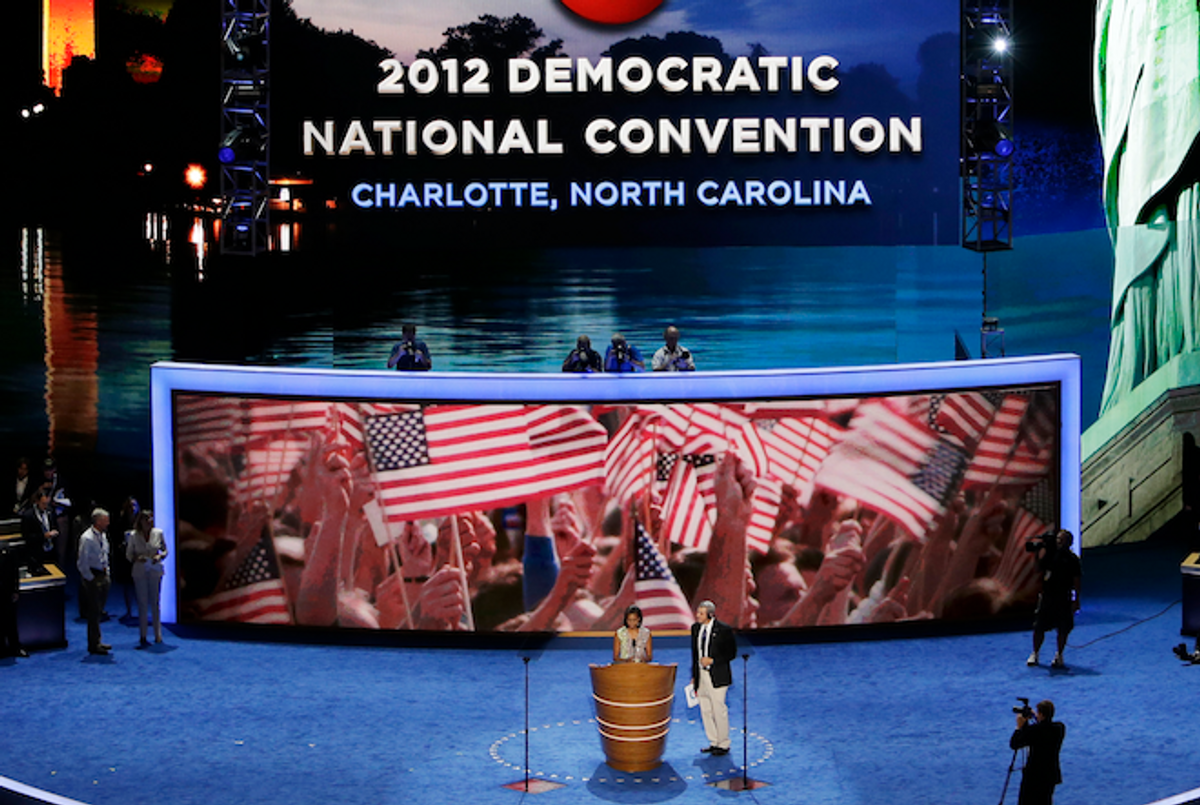 It wasn’t supposed to turn out this way for Barack Obama.

Four years after his coronation speech before a packed house of adoring supporters crammed into Denver’s Invesco Field, the president will accept his party’s renomination for president Thursday night amid slightly less fanfare in Charlotte’s Bank of America Stadium. Although Obama will proudly tout his foreign and domestic policy successes, expect him to do so in humble, even sober tones. The state of the American economy, not to mention the president’s dismal approval numbers managing it, preclude any victory laps and all but small doses of hopey-changey optimism.

One might even surmise that Obama — whose presidential inheritance was the worst in four generations and who made the critical decisions necessary to stop or reverse the nation’s military and economic bleeding — arrives in Charlotte privately frustrated that his presidency is even in jeopardy. Instead of cruising confidently toward an America-thanks-you electoral romp this November, he is only a slight favorite to win a second term; and if he does win, it will almost certainly be with smaller popular and electoral vote margins than he posted four years ago. As the New Yorker’s Ryan Lizza observed earlier this summer in a piece about a possible second term for Obama, the modern presidency is a largely thankless job.

Obama’s “Forward” campaign slogan for 2012 offers a useful Rorschach test for assessing the president’s first term. Conservatives scoff that “forward” is just more socialist drivel intended to distract voters from looking back upon Obama’s performance thus far. The president’s defenders believe “forward” offers a pointed contrast to their claims that Mitt Romney and the Republicans hope to return America to some pre-New Deal gilded age marked by limited civil rights and unlimited concentrations of wealth. On a personal level, at this point the president is probably resigned to moving “forward” with an agenda and record for which he’s received more blame than credit.

Indeed, the president is getting blamed for things for which he actually deserves credit.

Critics including GOP vice-presidential nominee Paul Ryan and Niall Ferguson have proclaimed the 2009 stimulus package a failure. But as Michael Grunwald explains in his new book, “The New New Deal,” the stimulus delivered the triage it promised: It stemmed the job losses, raised aggregate demand and produced a notable list of public works projects. And the $800 billion in stimulus monies worked despite the fact that the political resistance, led largely and quite brilliantly by the Republicans, yielded a bill roughly half the size that liberal economists like Paul Krugman believed necessary — and even though a third of it was dedicated to tax cuts the Congressional Budget Office rated as weakly stimulative at best. Put another way, it was a success even though only a third of the stimulus was actual, demand-side Keynesian spending.

Obamacare? Again, although many of the bill’s provisions do not even kick in until 2014, willfully irresponsible politicians like Michele Bachmann complain that the Affordable Care Act not only stalled America’s economic recovery but is a threat to national defense. This is the sort of revisionist, time-warping argument that, given Ryan’s claims about his hometown Janesville auto plant, has become stock and trade from conservatives and their right-wing media allies. Of course, Ryan is the same fiscal wunderkind who includes more than $700 billion in savings from Obamacare in his budget plan — even though he simultaneously disputes whether those savings will be realized and promises to repeal the law anyway.

At this rate, you’d half-expect conservatives and Republicans to claim the president deserves zero credit for finding and killing Osama bin Laden and, for good measure, jump into Doc Brown’s political DeLorean in order to append this achievement to Bush’s resume. Oh, wait — done and done: Former Secretary of State Condoleezza Rice had the audacity of heap to pile the credit for the bin Laden killing atop her former boss’ resume, and now there are surreptitiously funded attack ads claiming that Obama didn’t really do much to kill the man behind the Sept. 11 attacks. Unbelievable.

Presumably most voters — and not just the Democratic partisans assembled in Charlotte this week — will not believe all of this rhetorical sleight-of-hand. But even if they are immune to the Republicans’ case against him, millions of voters remain un-sold on Obama. If for no other reason than the false expectations he created during the 2008 campaign, Obama was never going to be able to unify the country or heal Washington’s deep wounds of division. He promised an Impossible Presidency, and sure enough, found it impossible to deliver.

Critiques and expectations aside, what can be fairly said of Obama’s performance?

If he loses this November, history would probably judge his one term quite favorably. Presidential historians and political scientists who rank presidents would surely not place him among Washington, Jefferson, Lincoln or FDR in the first tier of American chief executives. But given the sheer magnitude of the problems Obama inherited upon taking office, the non-collapse of the country’s economy alone definitely rates Obama in the upper half of presidents and probably closer to the top third, where he would rub elbows with the likes of James Polk, Harry Truman and Ronald Reagan. Americans could do — and have done — far worse.

Obama’s speech Thursday night will not be the most important of his career, nor even his most important electoral speech. The 2004 keynoter at the Democratic National Convention, the Philadelphia race speech and his acceptance speech four years ago were each more important. But Charlotte ain’t Denver, and this moment calls for neither hope nor change. What it calls for instead is an unapologetic defense of four years worthy of this president’s historical measure.