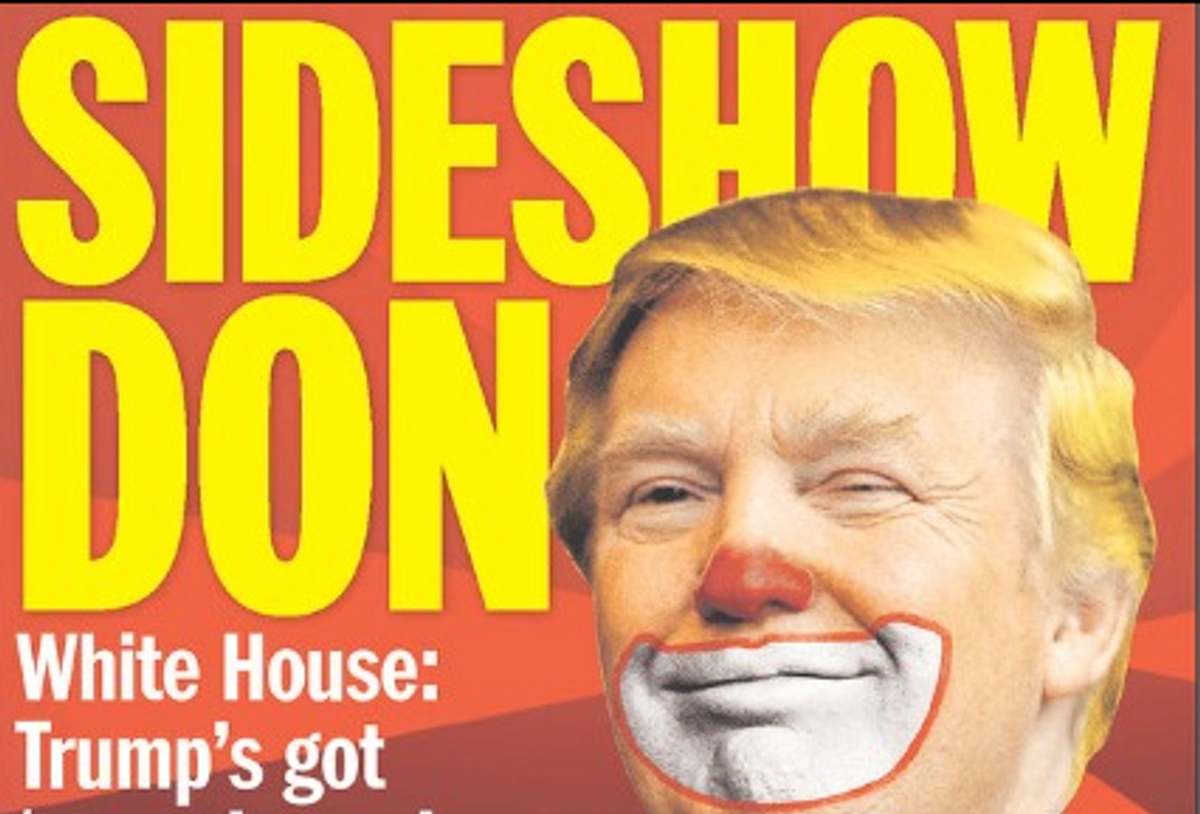 When the now-defunct magazine Spy called Donald Trump a "short-fingered vulgarian" in the Jan/Feb 1988 issue, it jump-started a rich tradition of insulting the toad-lipped mirror collector. Over the years, writers have been penning colorful invectives for Trump, elevating an otherwise cheap shot at the anthropomorphized bouffant into a cheap shot well worth taking. The most recent flourishing of this minor art came when he made noise about appearing at the Republican convention. Here are some of the best:

6. “A television star famous for his ‘billionaire’ character who makes a good living licensing his name after failing in the casino business”
Alex Pareene, Salon, 2011

Did we miss any? Let us know your favorite Donald Trump takedown in the comments below.