Catholic bishops and a crazy campaign ad exploit an imagined gay menace. It's comical, but they're not kidding 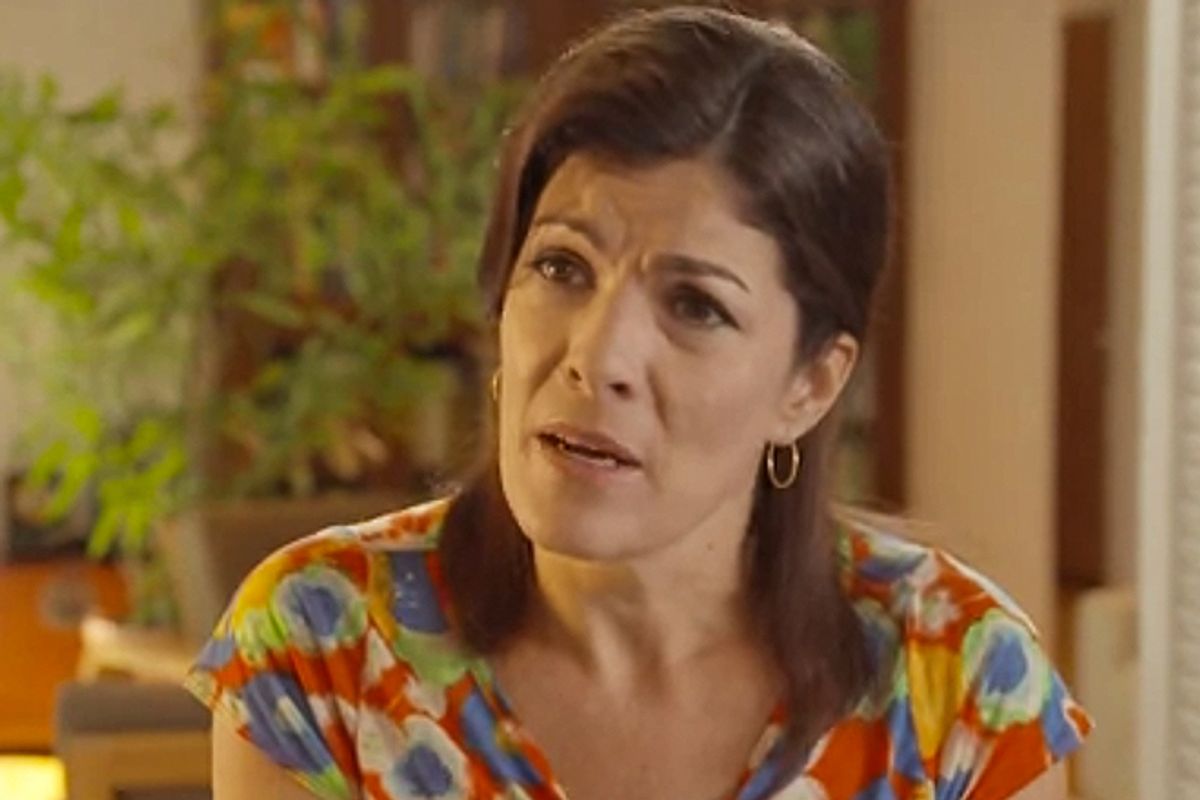 If you live in a version of reality where the gains of one group are an automatic negation of everything you stand for, these must be very challenging times. Because in your world, every time a lady marries another lady or a dude ties the knot with another dude, you are suddenly rendered incapable of moving freely about the world in your heterosexual way, right? And God kills a kitten.

Behold, for example, how four Washington Catholic bishops decided earlier this week to fight their state's same-sex union Referendum 74 with a pastoral statement that gay marriage is a threat to their liberty. No, seriously.

"The legal separation of marriage from procreation would have a chilling effect on religious liberty and the right of conscience," the statement reads. "Once marriage is redefined as a genderless contract, it will become legally discriminatory for public and private institutions such as schools to promote the unique value of children being raised by their biological mothers and fathers. No institution or individual could propose that married mothers and fathers provide a singular benefit to children without being accused of discrimination. Recent attacks on churches, businesses and nonprofit organizations that express their conscientious objection to the redefinition of marriage underscore the danger."

I swear to God, some days I feel like these jokers aren't even trying to be coherent. But just on the off-chance they're not kidding here: Guys. No.

Even the Defense of Marriage Act doesn't mention matrimony as mandating procreation. It drops the whole thing at defining marriage as "only a legal union between one man and one woman." This notion that marriage is about making babies – that's in the Catholic wedding contract, not the Washington state one. So if you really want to run with the idea that teaching that marriage is for the purpose of procreation would run contrary to the state definition of the institution, go right ahead -- but you're already there.

And if you want to promote the "unique value of children being raised by their biological mothers and fathers," I guess you're not too psyched to have adoptees or children who are being raised by other family members in your flock, bishops. Duly noted. Also, a loving union between two people of the same sex is not a "genderless contract" as you so ineloquently put it. You might want to rethink your wording there.

The Catholic Church isn't going to evolve on the subject of LGBT rights overnight, but you'd think the bishops could do better than hiding behind the religious liberty argument yet again. Could they honestly believe for a minute that same-sex unions would negate their ability to teach about the Catholic definition of marriage in Catholic schools? Has anyone been forced to revamp the Catholic school curriculum in any of the states where gay marriage is allowed? No? OK, then maybe you should shut up. As state Sen. – and Catholic -- Ed Murray, who sponsored the referendum, says of the pastoral statement, "Ultimately this language only leads to marginalizing a group of people, often with tragic consequences ... hardly reflecting the core Christian message of love."

In it, a forlorn-llooking wife shakes her head sadly at the newspaper and tells her husband that "Obama is trying to force gay marriage on this country." Apparently she's reading the latest edition of the Things So Crazy Even Paul Ryan Wouldn't Make Them Up Daily. "That's not the change I voted for," she adds to her appropriately sexed spouse. (As one of my Twitter friends astutely added, not what she voted for when she voted for McCain.)

"Marriage," Sad Wife further explains, "is between a man and a woman." The husband gives a rueful, uh-huh look at her and agrees, "That's not the change I voted for either." And then they agree to vote for someone with "values" and quietly sit around nodding in assent with their three no doubt biological children. Yes, it's true, conservatives. Obama is going to force us into becoming a gay marriage nation. I'm hoping I get Scarlett Johansson. He's also going to make everybody get an abortion. Even the men.

Here's a little message to those of you on Planet La La La I Can't Hear You. You can keep holding your hands over your ears and saying that "marriage is between a man and a woman" till you turn blue, but it won't magically stop people of the same sex from entering into committed unions and even starting families. Also known as marriages. Marriages that won't do anything to erode the heterosexual institution. I live in a gay marriage state and not one hetero married couple I know has spontaneously combusted yet.

Let me reassure you, bishops and Bauers of the world. There's no shortage of marriage, so you don't have to worry that if all the gays want it, there won't be enough to go around. And if there's a big gay lair out there where the gay supervillains are plotting to eradicate man-on-woman love, you'd think we would have heard about it by now. Probably in Dwell. This is not about taking any of your precious straight culture away. It isn't about forcing anybody to do anything, other than accept the truth that gay people can love each other as fully, as deeply and as wholeheartedly as straight people. That's nothing to be scared of. And if you believe that love and family are a threat to your values, maybe it's time you got some better values.