In a stirring convention speech, the first lady makes the case for Barack Obama the man -- and the president 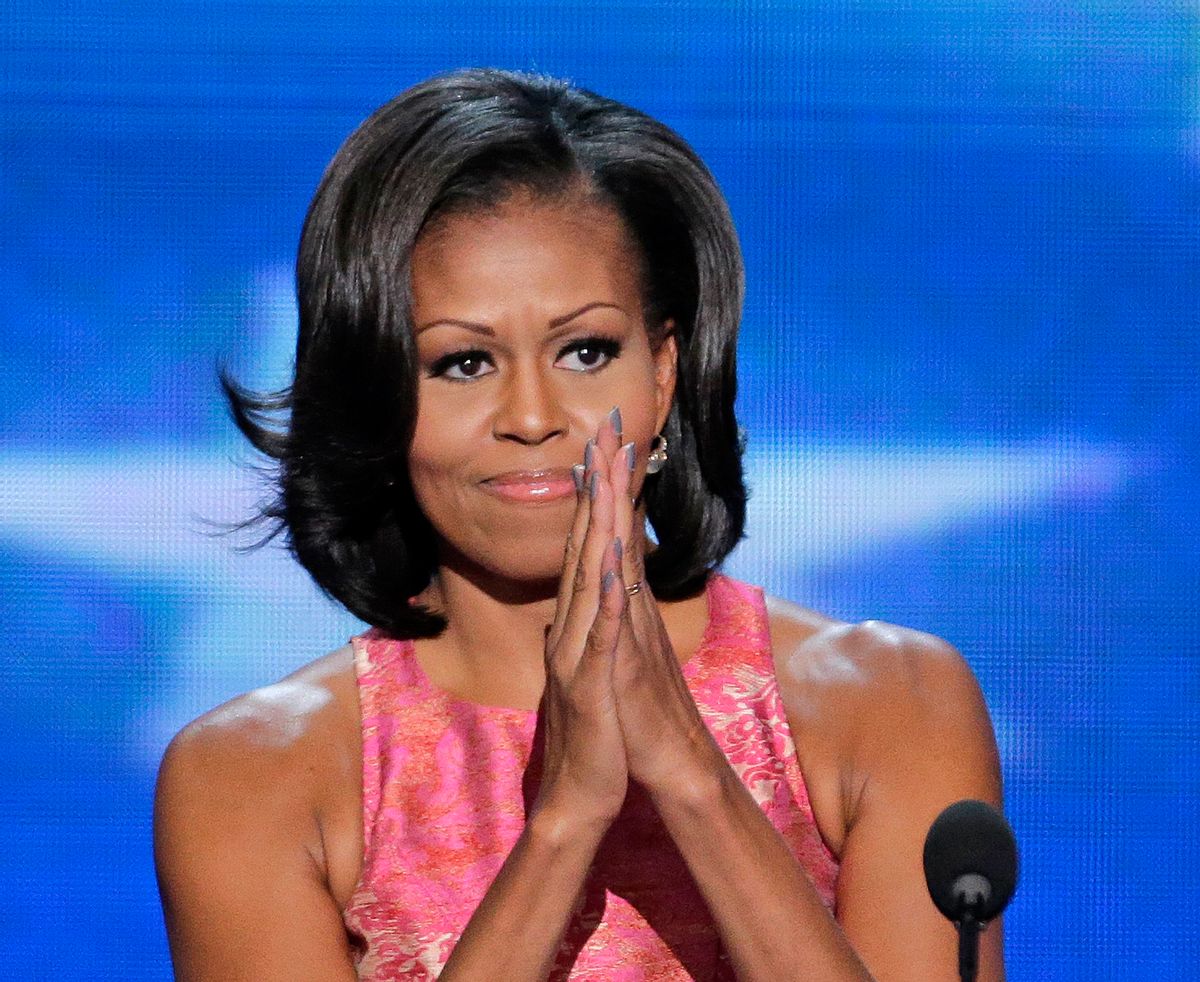 That reprise of the shopworn feminist slogan -- "the personal is political" -- was the essential premise of her entire speech. In a cloyingly theatrical modern tradition, first ladies attend the national conventions to testify about biography, not policy; they talk about the man as only they know him. But Michelle Obama managed to effortlessly marshal both to tell a story about change in America -- with the promise of more to come -- and to deliver her speech transcendantly.

She and Ann Romney both talked about first dates, about hard times and bad cars and tuna fish, about abiding love for their husbands. But putting aside the inconvenient question of whether mortgage payments or stock portfolios say anything about how someone will govern, the first lady holds the biographical trump card. The Obamas' narrative of upward mobility, of meritocracy working, is much more plausible. And without getting in the muck of any sort, Michelle suggested that there is both a policy argument for her husband and, without naming him, a strong contrast with Mitt Romney.

When Obama talked about her father -- how, for him, "what it meant to be a man," the "measure of his success in life," was "being able to earn a decent living that allowed him to support his family," she implicitly hearkened back to a time when a city pump operator could support a family of four on his salary. There were more obvious call-outs to the coveted female voter -- "Barack was raised by a single mother who struggled to pay the bills, and by grandparents who stepped in when she needed help," and the tribute to his secretary grandmother who hit a glass ceiling and was paid and promoted less than the men she'd trained. There was, as there had been in nearly every speech, an explicit reiteration of reproductive rights: that Obama "believes that women are more than capable of making our own choices about our bodies and our health care."

Both Ann Romney and Michelle Obama talked about women as relational creatures -- mothers, sisters, daughters, wives. But when Ann Romney talked about women's lot, she spoke of an immutable hardship:  “It’s the moms who always have to work a little harder, to make everything right," and for everyone, the "collective sigh from the moms and dads across America who made it through another day" and had to stop there. Meanwhile, the most striking passage of Michelle Obama's speech placed her husband's and her own biographies within a series of historical movements:

If farmers and blacksmiths could win independence from an empire…if immigrants could leave behind everything they knew for a better life on our shores…if women could be dragged to jail for seeking the vote…if a generation could defeat a depression, and define greatness for all time…if a young preacher could lift us to the mountaintop with his righteous dream…and if proud Americans can be who they are and boldly stand at the altar with who they love…then surely, surely we can give everyone in this country a fair chance at that great American Dream. And I say all of this tonight not just as First Lady…and not just as a wife.

You see, at the end of the day, my most important title is still “mom-in-chief.”

If you feel let down by an arc that begins with anti-colonialism, immigration and women being dragged to jail, but returns to the cult of motherhood, you're not alone. (And it came after a video that erased her education and career, and an introduction from a military mom that contained repeated disclaimers of "I'm not a political person. I'm a mom.") Salon's Rebecca Traister wrote brilliantly about the transformation of Michelle Obama into "mom-in-chief" in 2008, and noted that Barack Obama himself acknowledged her particular sacrifice in "The Audacity of Hope": “In her own mind, two visions of herself were at war with each other. The desire to be the woman her mother had been, solid, dependable, making a home and always there for her kids, and the desire to excel in her profession, to make her mark on the world and realize all those plans she’d had on the very first day that we met.”

But for a black woman whose embrace of the most uncontroversial causes imaginable still managed to incite right-wing hysteria, who had to prove her normalcy and demureness and maternal love in the face of broad dehumanization, even mom-in-chief is something -- even if it's not everything. And her speech tonight could make you think that maybe, just maybe, that could change too.