My students called me gay slurs and worse 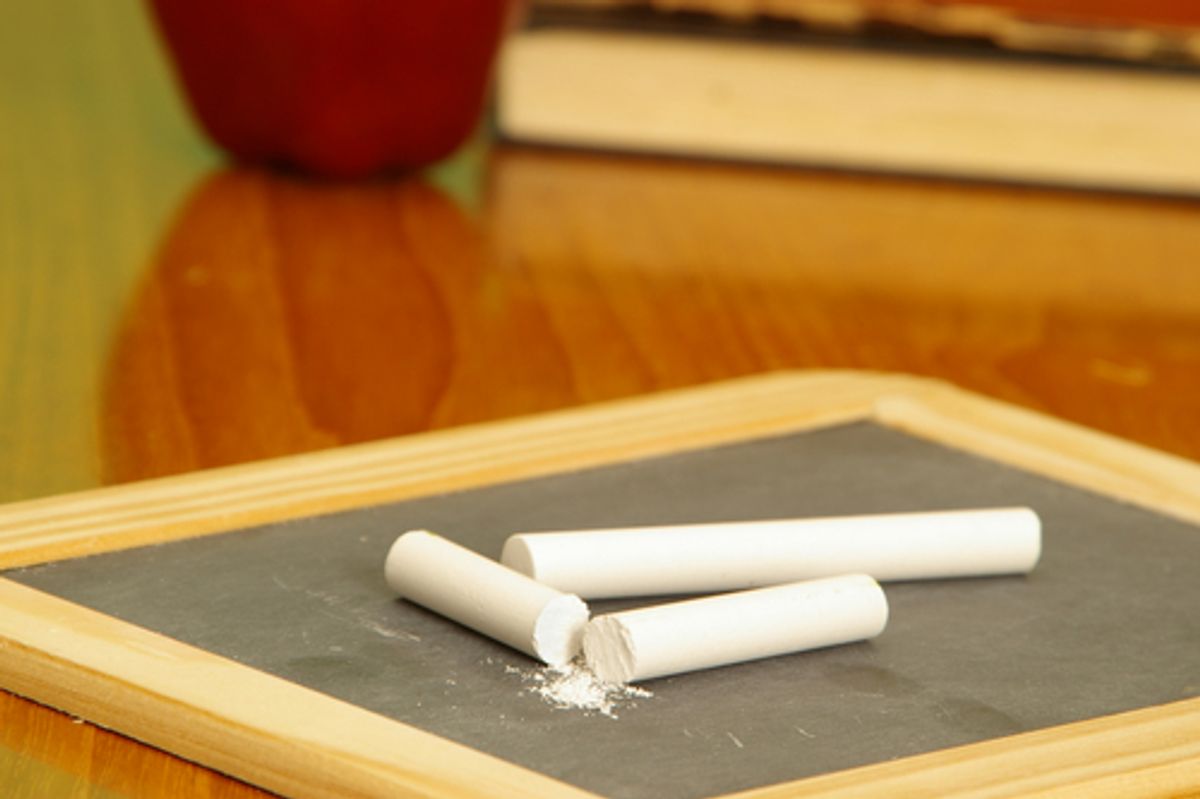 They tell you to make it a teachable moment, to make it an opportunity to start a “critical conversation," to use the situation to engage your students in making connections to their own experiences with racism and prejudice.

But when your 15-year-old student interrupts your lesson to tell you that he “hope[s] you die of AIDS,” all that goes out the window. In that moment, if you can think of anything beyond your overwhelming instinct to leave the room and never come back, you certainly don’t think about the ways you can turn the comment into a mature conversation about the value of tolerance. Maybe in next week’s lesson plans. Maybe after you write your assessments and compile your readings. Maybe after you think about strategies for engagement. But not now, not in this moment, not as he spits “faggot” at you from across the room.

And so, feigning calmness, you send him out to the discipline office, pretend not to be affected, and move on with the lesson, quietly counting down the minutes to the end of the day, to the moment of your escape.

I was 21 when I first began teaching, barely out of college, and also barely out of the closet. I joined Teach for America two weeks after finishing my undergraduate education, girded my loins for six weeks of semi-hell in TFA’s teacher training institute, and steamrolled ahead. I learned how to deal with being the only white face in my classroom (i.e., by rejecting "white savior syndrome" and having frank conversations about inequity with students), how to plan lessons, how to organize my classroom, how to measure progress. I did not, however, talk in depth about the one subject that was, at that time, seemingly immaterial, but that would become the elephant in the room throughout my first years of teaching: How would I deal with hateful comments directed at me by students?

In my short two years in the classroom, I’ve tried all three strategies. I’ve been the subject-changing professional who reminds students that my personal life is absolutely none of their business. I’ve been the closet case with the stories of impending marriage and the invented anecdotes about old girlfriends. I’ve also been the one out gay adult on campus, the confidant, the room of refuge.

Through all three “phases,” though, I’ve remained the “faggot teacher,” the one teacher that the boys on the lunch-ground feel entitled to yell at, the one they feel is most vulnerable to physical and verbal challenges, the one whose rules are least applicable and most breakable.

It’s a common story: physical, verbal, mental intimidation from students, especially boys, and especially when you, the teacher, are male and gay and visibly so. At my former school, this meant that, at least every week, at least one student or another would call me “fag” and storm out of the classroom expecting me -- like the stereotypical faggot -- to be completely powerless to stop them. For a colleague who teaches biology in East Los Angeles, this meant students keying his car doors and throwing chairs at him. In some teenage minds, especially teenage male minds, gay equals faggot and faggot equals weak.

When you face this reality every day of the week, whether you’re the gay teacher hearing it from your students or the gay teenager hearing it from your peers, there’s absolutely no way that you can manage not to be affected by it. Where kids withdraw and wither emotionally and spiritually in the face of bullying, so can, not so surprisingly, teachers. The same demoralization, disempowerment and sense of isolation that leads the kid who gets called “faggot” to give up on himself is what a teacher can feel when her own students become her tormentors.

For some, this leads to leaving teaching entirely. I’ve known several excellent teachers who, for reasons of harassment related to their sexual and gender identities, finally vocalized their own internal “screw this” and stormed out of their classrooms one day never to come back. For others, this leads to finally and fully taking ownership of their own identities and making a concerted effort to incorporate it in the curriculum.

In the meantime, though, and at various points since, I still heard the occasional “fags,” still had moments when students would challenge me because they perceived my sexuality as weakness. To this day, it's one of those unpleasant things that I haven't fully been able to exile from my classroom, and though it's become less noticeable and less troubling with time, I know it's still there. It's a kind of open wound, one that doesn't hurt as much as it once did, but one that doesn't fully close either.