The right thinks if you add the words "fact check" to something, it sounds more factual 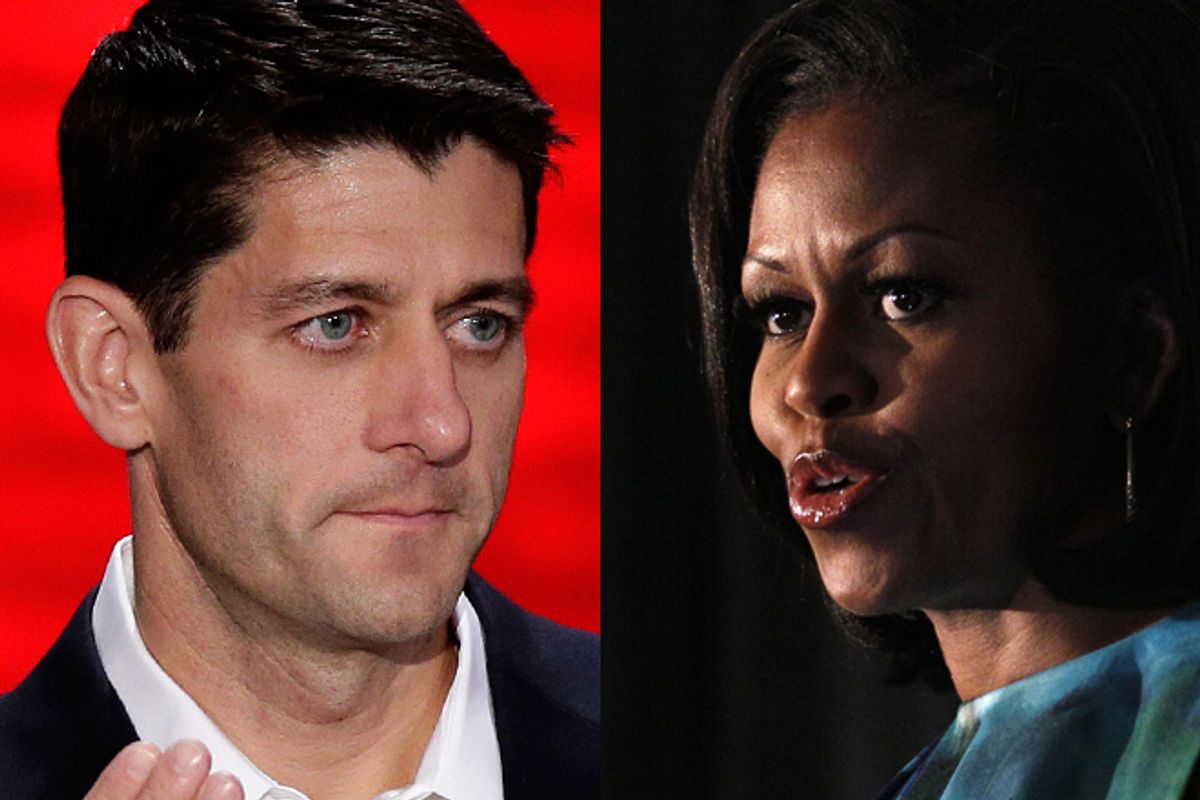 The media fact-checkers have finally accomplished something: Now the nuts are just adding "fact check" to their nonsense.

Once the objective press' official arbiters of truth all decided that the Republicans, and specifically Paul Ryan, were guilty of 10 million more Pinocchios than the Democrats, it was really only a matter of time before the parallel right-wing press adopted the "fact-check" language for their own purposes, as a means of trolling the left and of ensuring that no objective reality ever threaten to pierce their little bubble of increasingly convoluted mythology.

So here we go: If the Democrats are going to call Paul Ryan a liar for lying about running marathons (among other things!), Breitbart's "Big Government" will FACT CHECK Michelle Obama's speech about how she loves her husband and so forth. Turns out: "Both Michelle Robinson and Barack Obama began their adult lives with a leg up on the rest of America." Pants on fire, Obamas! (The proof that they had a "leg up" is that they both attended very good schools, "despite undistinguished credentials," so you can guess precisely what sort of "leg up" Joel B. Pollack is referring to.) (More hilarious proof: Michelle Robinson attended a "public magnet school for Chicago’s upper class." A public school, sure, but a fancy one. You just got fact-checked, Michelle Obama!) (And in case you're curious, there is not any actual "check" of any specific "fact" from Obama's speech, just a constant reiteration of their eliteness and special privilege.)

That's dumb enough, but even more brazen/hilarious is Jim "Gateway Pundit" Hoft's fact check of ... well, it's not specifically a fact check of a specific statement so much as just a crazy claim that he appended the words "fact check" to. Headline: Fact Check: Obama Had More to Do With 2008 Economic Meltdown Than Bush Ever Did. Well! That's certainly an interesting claim! The proof is that Obama was a plaintiff in a class action lawsuit against Citibank regarding its refusal to ever lend money to black people. And as we all know, if we live in the corner of the Internet that only ever features comforting lies, "black people getting loans" is what caused the financial crisis. It's a fact!