Get excited for Joe Biden's speech with 10 of his gaffes

Just in case he's on his best behavior tonight, a recap of his funniest flubs 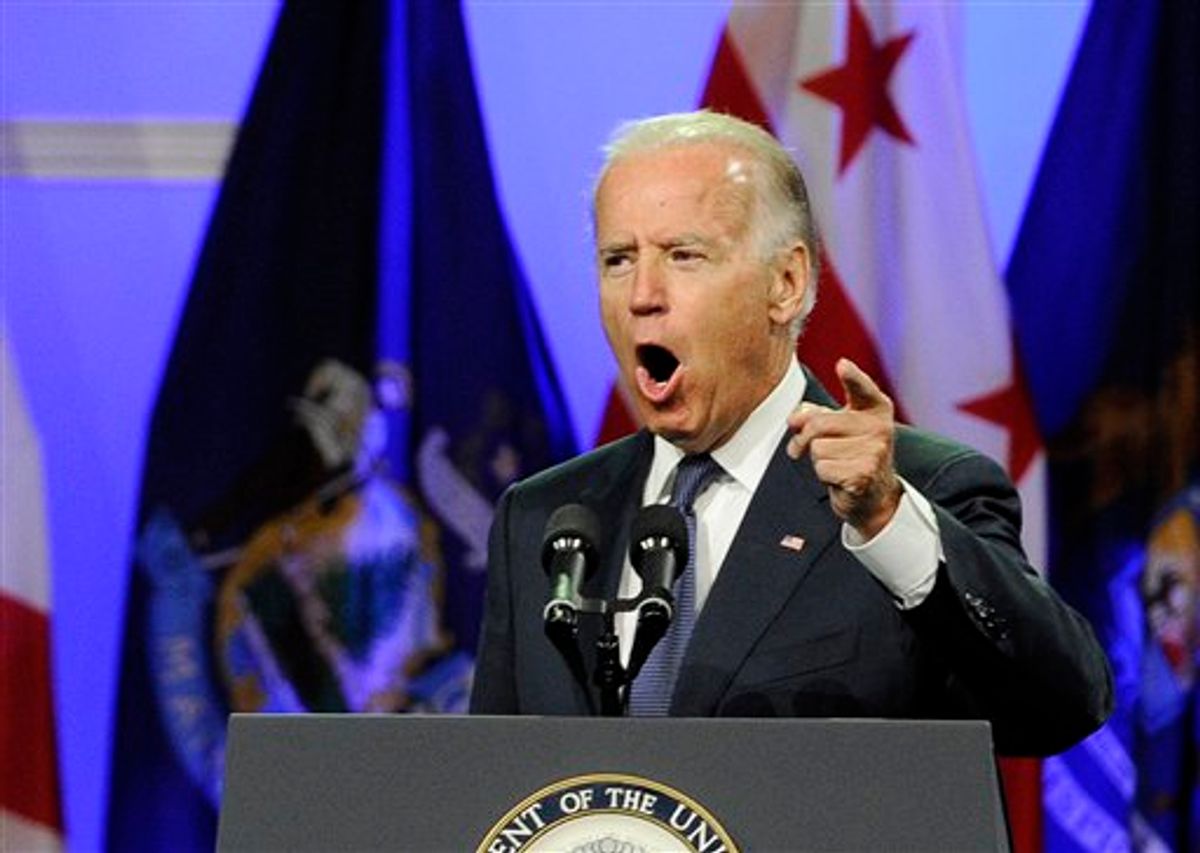 Vice President Joe Biden is known to say what he's thinking, which isn't always advantageous for a politician. In no particular order, a list of his most famous misstatements:

"I mean, you got the first mainstream African-American who is articulate and bright and clean and a nice-looking guy. I mean, that's a storybook, man." - Jan. 31, 2007, describing Barack Obama during the Democratic primary. Biden later apologized.

"If we do everything right, if we do it with absolute certainty, there's still a 30% chance we're going to get it wrong." -- Feb. 6, 2009, to members of the House Democratic caucus in Williamsburg, Va.

"Jill and I had the great honor of standing on that stage, looking across at one of the great justices, Justice Stewart." – Jan. 20, 2009, intending to refer to Justice John Stevens, who swore him into office.

"Look, John's last-minute economic plan does nothing to tackle the number-one job facing the middle class, and it happens to be, as Barack says, a three-letter word: jobs. J-O-B-S, jobs." -- Oct. 15, 2008, speaking in Athens, Ohio.

"I'm told Chuck Graham, state senator, is here. Stand up, Chuck, let 'em see you. Oh, God love you. What am I talking about. I'll tell you what, you're making everybody else stand up, though, pal." - Sept. 9, 2008, talking to Missouri state Sen. Chuck Graham, who is in a wheelchair.

"His mom lived in Long Island for ten years or so. God rest her soul. And -- although, she's -- wait- your mom's still -- your mom's still alive. Your dad passed. God bless her soul." -- March 17, 2010, on the mother of Irish Prime Minister Brian Cowen, who is still living.

"A man I'm proud to call my friend. A man who will be the next President of the United States — Barack America!" - Aug. 23, 2008, at his first campaign event with Barack Obama.

"This is a big f*cking deal." -- March 23, 2010, caught on a mic, speaking to Barack Obama after he signed the Affordable Care Act into law.