From serial dating to unsafe sex to unexpected STDs, here are some telltale signs your partner may have a problem 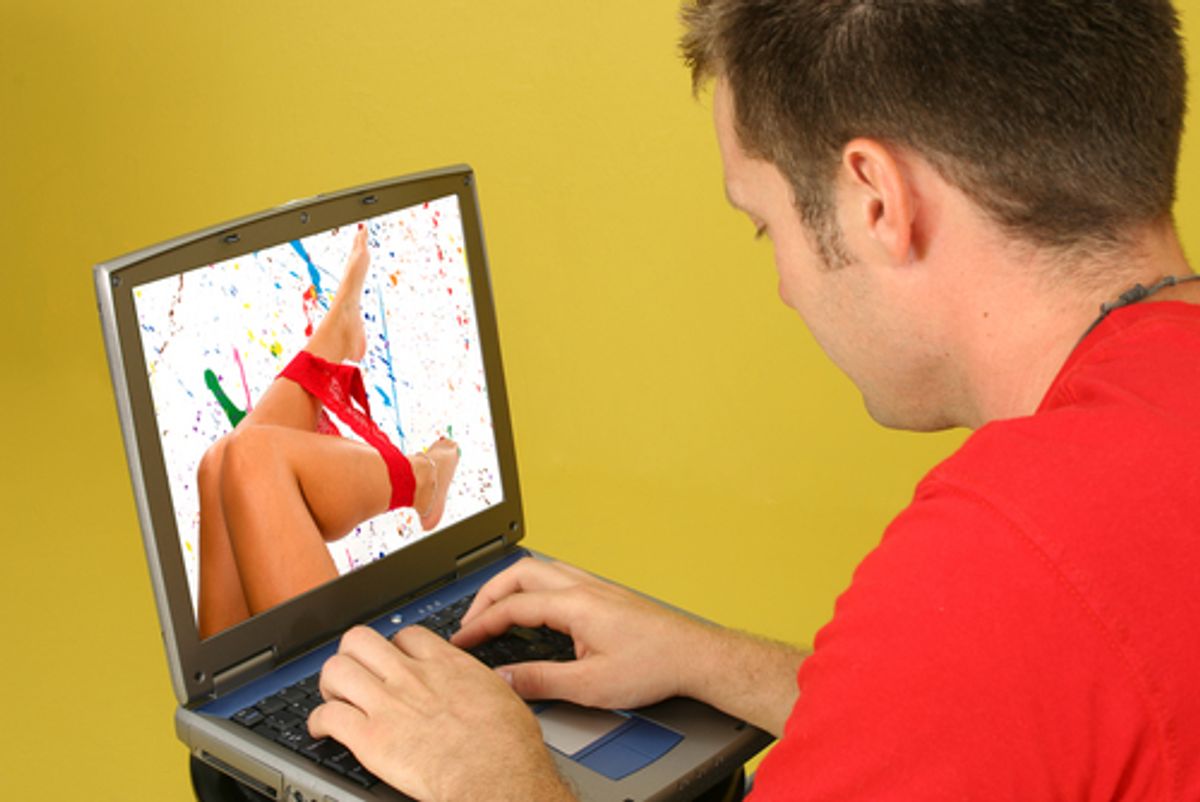 "If you’re married, your acceptable sexual behavior may be defined differently than if you’re single,” says Mike Weiss, a certified addiction therapist and founder of The Sexual Recovery Institute. “Sexual addiction follows a certain repetitive pattern; if you’d rather ask forgiveness than permission, that’s abusive."

Compulsive sexual behavior, the clinical phrase for sex addiction, is what experts call a "progressive intimacy disorder," meaning that it worsens the longer it's left untreated. However, this does not mean every addict eventually transforms into a sex offender. “People don’t escalate outside their arousal templates,” says Weiss. It’s about spending more and more time to get your fix and disregarding the negative consequences. Weiss adds that it’s like any addiction, and the addict increasingly “needs to have this intensity-based experience."

However, the idea that sex is clinically addictive remains controversial. As we've reported in the the Fix, sex addiction is not recognized by the American Psychiatric Association as a diagnosable disorder. It made an appearance in the 1987 version of the Diagnostic and Statistical Manual of Mental Disorders (DSM), but has subsequently been removed. While many comparisons have been made to drug addiction, Dr. Michael First, professor of clinical psychiatry at Columbia University, disagrees, citing a lack of quantifiable research. “Addiction is a biological phenomenon,” First says. “Whether people are addicted to sex the way they’re addicted to cocaine…is not well enough established yet.”

The number of reported sex addicts varies widely, anywhere from nine to 15 million adults in the U.S., or three to five percent of the population. But according to Weiss, we really don’t know.

“Things came to a head when our daughter was born,” says Megan, who met and unwittingly married a sex addict in her late 20s. They’d been married about five years when she found out she was pregnant. Routine tests revealed she had chlamydia. “I knew I hadn’t been having sex with anyone else,” she recalls. “He told me it was from his brother."

The couple began therapy, where Frank quickly realized he was a sex addict. Megan could have left, but she chose to stay for five more rocky years. “Looking back I think mainly I wanted to keep an eye on him.” During that period they split and reunited several times, and had a second child. “He kept acting out,” she says. “But I couldn’t take the kids away. For one, he’d never expressed any interest in children. But also, I didn’t want to strip them of their father, half of their identity.”

Like many sex addicts, Frank had been sexually abused. Megan understood he needed to recover, but she needed to get on with her life. “He was never going to recover if we kept doing the same stuff,” she says. Today, five years later, she’s happily remarried. “I didn’t realize I even had a libido,” she says, sounding giddy. Frank too, has remarried, and continues to be part of his children’s life.

Dr. First agrees that compulsive sexual behavior is characterized by the same hallmarks as any addiction: escalation of behavior; loss of control; preoccupation and obsession; tolerance and withdrawal symptoms; and increasingly disastrous consequences. But what does that actually look like? How can you avoid marrying someone like Frank? Here are seven signs you might be dating a sex addict:

1. Consistently flaking out and running late. Sex addicts lose time to their addiction, becoming preoccupied with thoughts of sex and sexual material, and how to seek both out. Everything else comes second.

3. She’s not over her childhood. Still talking about her daddy issues? She probably has daddy issues. If she attributes feelings of guilt and shame to, say, her Catholic upbringing, the watchwords are guilt and shame. Addicts feel shameful about their sexual behavior.

4. Unsafe sex. If a dude wants to slip it in without slipping it on, that’s a bad sign. He might not love you enough yet, but he should love himself enough. If he won’t, you can bet it’s not a first, and this could be just the tip of his thrill seeking when it comes to sex. Be wary when a potential partner is unwilling to delay sexual gratification in favor of the getting acquainted stage of a relationship.

5. Serial dating. He hasn’t spent any time in his adult life alone. He goes from one relationship to the next, often with a history of cheating.

6. Lying. Her excuses are inconsistent with the facts, like citing traffic problems on a Sunday morning. Many sex addicts lead a double life.