A cheater's guide to everything

Junot Díaz waxes on his new collection of short stories, Dominican manhood and the c-word, among other things 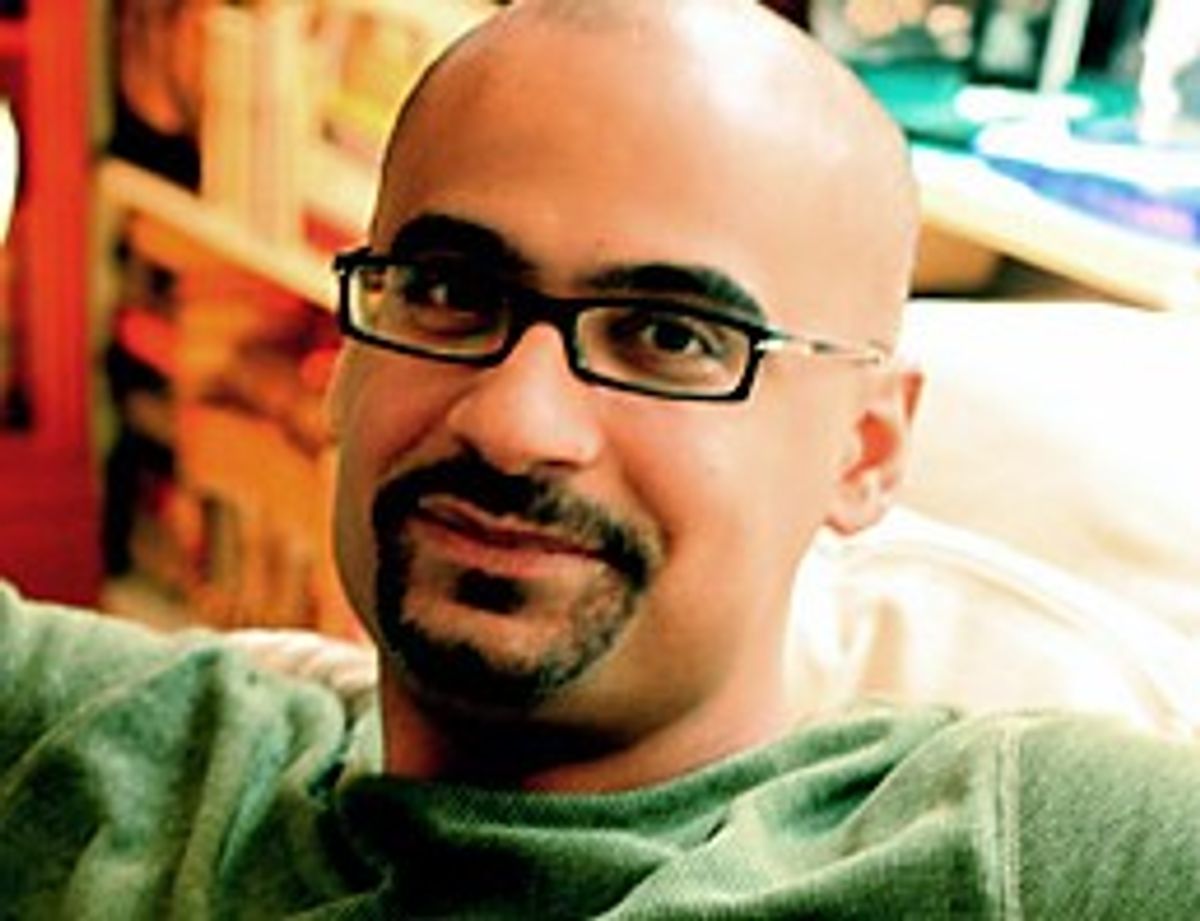 If you don’t know who Junot Díaz is, you should. His writing stands out as startlingly original in a world that often feels crammed with literary replication. He is the author of "Drown"; he won the Pulitzer Prize for "The Brief Wondrous Life of Oscar Wao"; and he is the author of the newly released "This Is How You Lose Her," a story collection that centers around the charming and irresistible Yunior whose flaws only make us love him more.

I once saw Junot read at the Enoch Pratt library in Baltimore. He has a dynamic presence and is a fearless reader. He was able to calm and fully captivate a room full of twitchy, cafeteria-smelling high school students and grumpy senior citizens. It was hard to look away from Junot at the podium, but indeed, I had to watch the slightly-Amish-looking woman who was signing the story for the hearing impaired. I couldn’t help but wonder how one actually signs such fresh sentences as, You, Yunior, have a girlfriend named Alma, who has a long tender horse neck and a big Dominican ass that could drag the moon out of orbit. An ass she never liked until she met you. Ain’t a day that passes that you don’t want to press your face against that ass or bite the delicate sliding tendons of her neck. You love how she shivers when you bite, how she fights you with those arms that are so skinny they belong on an after-school special.

Here’s what Junot Díaz had to say about sex, love, intimacy, writing, and life in general:

Erica Jong told me that she loves the word cunt and wishes she could “rehabilitate” the word and make it beautiful again. Do you feel the same way about some of the words you use in your stories? Or do you think that part of the power of them is the thrust they give, the fact that they make the reader sit up a little straighter?

We’re writers, artists, so of course we truck in the transgressive. I know part of the strength of what I do as an artist involves exploding the economy that puts some words over others. But lovers also play with words, especially transgressive ones. How many times has a woman said something to me in bed that she would have sooner died than to repeat in public? And in saying it with such happy conviction made it lovely? Which is to say there are assuredly many private spaces where the word cunt is already beautiful.

I’m guessing that what Ms. Jong means is that she wants to make cunt beautiful across the culture and there are words I wish would be accorded the respect they deserve, that we could untwist. Mine tend to be more abstract—I wish the word teacher would garner the same respect from the world that words doctor or CEO get. But me, being utopian again.

The human body in all its forms is described in wonderful detail in these stories. Yunior loves one girl with big feet; another who is boney, flat chested and flat-assed; and another with a huge, plump ass. Do you see body as part of character? In other words, does the body we end up with (or create through exercise, eating, dieting, etc.) dictate who we are and what we do?

Well, don’t we all see our body as part of our character? In a society like ours, so absolutely obsessed with externalities, body has taken on new resonances. But listen, when it comes to love and sex, the body is one of the most important vectors. As a writer trying to describe how it is we love, how it is we feel attraction, to not describe the body would be a serious elision, totally unrealistic. I’m a Jersey boy, and a Caribbean—these are not places where people are shy about throwing their bodies at you. What I enjoy about Yunior as a character is that he loves imperfect bodies as much as he loves the ideal ones. I hope that there is a sense that the body is important but that really what he’s connecting to is something far more profound. Perhaps that’s not clear to some readers. But I always hope it is.

I guess it would be something of a handicap but not an insurmountable one. As long as that person wasn’t the protagonist I’m sure I could hang with them a while on the page. You got me dead to rights, though—as an artist I love what our sexual stuff says about our deeper selves. I’m fucking fascinated by what we reveal about our hearts and our humanity when we take our clothes off, when we’re lusting. Who we are in bed versus who we are in the regular world—really, that’s the closest we come to lycanthropy and the real reason why sex sells endlessly. In sex we are often revealed for who we really are. I always imagined that Robert Louis Stevenson was writing about sex when he said: “Man is not truly one, but truly two.”

In all of these stories, and especially in “The Cheater’s Guide to Love,” Yunior is clearly smarter than many of his actions. His “mistakes” are often due to lust. Do you find that lust and desire are two emotions that override even the sharpest intellect?

I don’t think Yunior makes mistakes just because he wants to fuck. If Yunior was only about the sex he wouldn’t be that interesting a character. I always pictured Yunior as having a lot of problems around intimacy and fucking is how he escapes having to confront himself in intimacy. Because that’s what real intimacy is—having to face yourself in another a person and having to forgive yourself and be forgiven in the process. Real intimacy is about being vulnerable and about being found out. Sure Yunior is the kind of guy who sabotages everything whenever he feels himself threatened by love. Why? Because he knows that love requires vulnerability, it requires letting another person find you out and for most of the book he just can’t go there. He can’t let himself feel the vulnerability that comes with love because if he felt that then he’d have to feel all the vulnerabilities he has repressed throughout his life. In his head that would be too much. At least that’s what I thought while I was writing him. The thing with him is that he wants to risk that vulnerability, he does, but he just doesn’t ever summon the strength (until the end) to do so. That for me was the tragedy of the character. He longs for real love but out of fear he settles for often ruinous sex.

I was fascinated by the differences between Yunior and Rafa. In one scene Yunior remembers watching Rafa drag his girlfriend by the hair. Yunior describes this as a “public service announcement.” And Yunior often compares himself to Rafa as if, barring his more slender physique, he’s really only a breath away from being his brother. I’m wondering if Rafa is the Freudian id of all people, or guys in particular? Are these brothers only different because one of them intellectualizes and ponders his actions and the other just acts?

No way. These two brothers in my head are worlds apart. Rafa is something Yunior can barely conceive of. His brother is a great mystery to him. Yunior doesn’t understand his brother’s violence, his brother’s unwillingness to forgive, his brother’s naked cruelty. Yunior can be cruel but his brother is sadistic. I always thought of Rafa as a borderline sociopath while Yunior might have been a dumb-ass but he is a fully feeling human being. Rafa dies in stubborn ugly silence, refusing to acknowledge his brother and yet when Yunior begins to flounder physically what he feels is remorse for all the damage he has caused people. Dude is not even dying and he’s cracking open his heart. Quite a difference.

Near the end of this book Yunior writes, “The half-life of love is forever.” I love that line and have been carrying it in my head for weeks now. But, I can’t help but wonder: What is the half-life of sexual desire?

For some guys sexual desire doesn’t last any longer than it takes them to consummate it. But it really does depend, doesn’t it? Some lovers burn themselves deeply into you and are not easily forgotten. But I figure the real reason I can’t forget some of my lovers is because I truly loved them. Desire lives longer inside of love—that’s been my experience. From what I’ve seen desire without love is vulnerable to any and all vicissitudes. But desire within love is invincible.