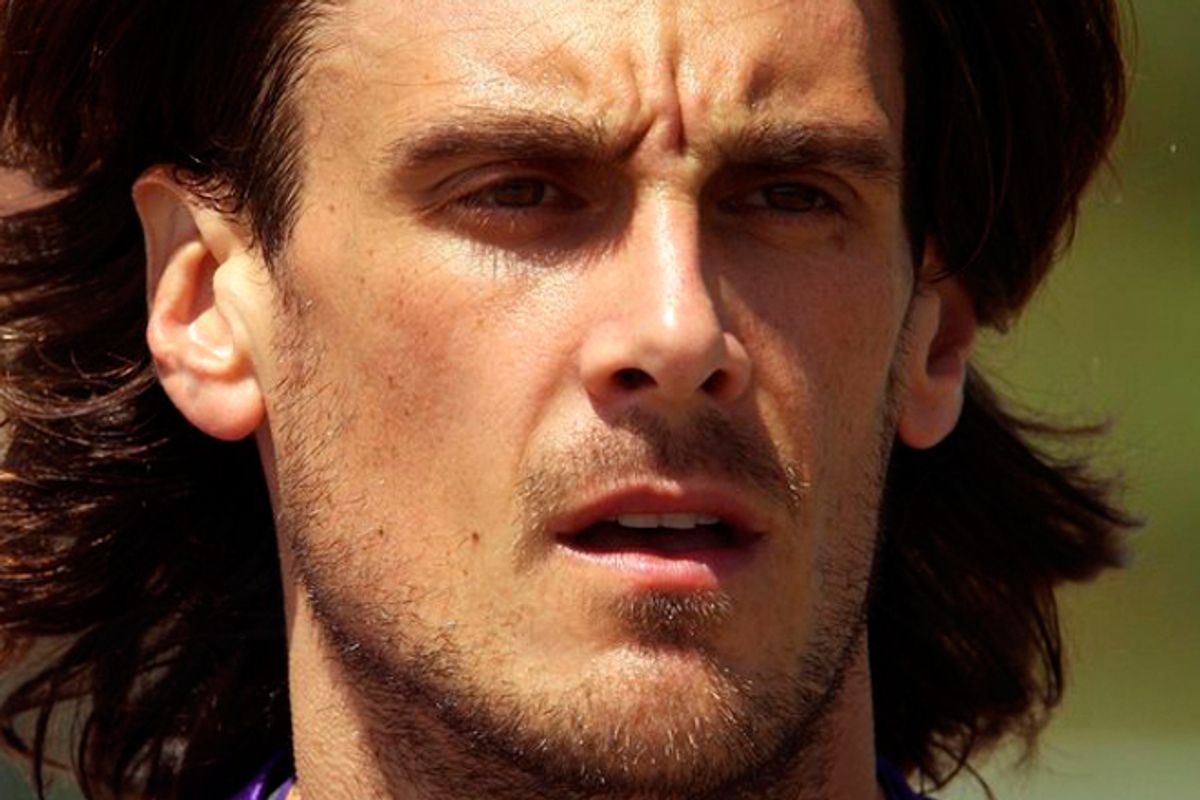 It's become a worldwide story about a Democratic politician, a pair of burly athletes and the fight against homophobia. And it's become a reminder that as we strive toward equality and tolerance, we'd better check our stereotypes at the door.

On Sunday, Baltimore County delegate Emmett C. Burns Jr., a Democrat, backed off – ever so slightly – from the intimidating, jackassy letter he fired off on Aug. 29 to Baltimore Ravens owner Steve Bisciotti regarding linebacker Brendon Ayanbadejo's support for same-sex marriage. Maryland is one of four states that will be voting on whether to move forward on same-sex marriage in November, so it's a subject close to Baptist minister Burns' heart. In his letter, Burns said that he and his constituents are "appalled and aghast" at Ayanbadejo, who's written about his stance for HuffPo and appeared in a Marylanders for Marriage Equality ad. He added, chillingly, that "I am requesting you take the necessary action, as a National Football Franchise Owner, to inhibit such expressions from your employee and that he be ordered to cease and desist such injurious actions ... Please give me your immediate response."

What he got was more response than he could have imagined. Ravens' general manager Dick Cass soon issued a statement that "We support Brendon's right to freedom of speech under the First Amendment." And NFL Players Association president Domonique Foxworth said of the letter, "I don’t know if I can come up with a strong enough word, but his request was asinine." Ayanbadejo himself diplomatically thanked Burns, "more than anything for bringing national attention to the issue."

But the most colorful "immediate response" came from Vikings punter Chris Kluwe, who penned a blistering, outraged and incredibly foulmouthed letter to Burns for Deadspin. In addition to calling Burns a "narcissistic fromunda stain," he noted that "Your vitriolic hatred and bigotry make me ashamed and disgusted to think that you are in any way responsible for shaping policy at any level," adding that "It baffles me that a man such as yourself, a man who relies on that same First Amendment to pursue your own religious studies without fear of persecution from the state, could somehow justify stifling another person's right to speech." You should just go read it all, because Kluwe really knows how to turn a profane phrase while advocating "the same legal rights as the other 90 percent of our population." That's talent.

The story of the clueless politician and the brave group of men who spoke out about his actions has, rightfully, raised awareness about freedom of expression and the quest for marriage equality. It's also been a reminder not to ever take for granted that any group speaks with one voice. Democrats can be free-speech-limiting, gay-rights-fearing turds. More important, great big manly hetero men can be enlightened and articulate. The idea many of us have in our heads, stuck there by one too many cries of "faggot" on the playing field, that the macho world of sports is resistant to notions of tolerance – an idea that Burns was certainly counting on – is an increasingly outdated one. Thank God.

Over the weekend, Ayanbadejo tweeted, "Such an outpouring of love and positivity. You guys give me strength to fight even harder for national marriage equality acceptance." It takes a strong man to stand up for the rights of others. And you really don't want to get in the way of guys like Brendon Ayanbadejo and Chris Kluwe, two men who wield their words as powerfully as their muscles.