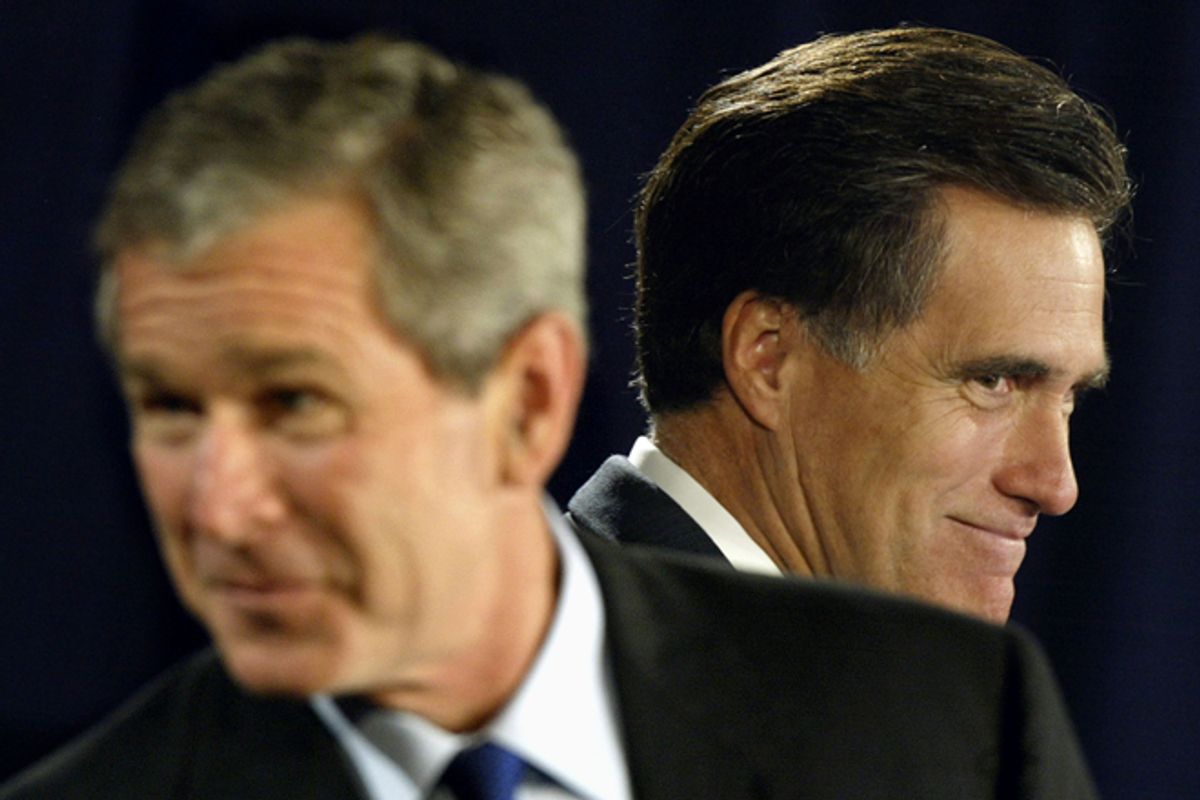 Bush missed warnings: Journalist Kurt Eichenwald, writing in the New York Times on the 11th anniversary of Sept. 11, writes that after reading excerpts of classified documents and other recently declassified records, he has “come to an inescapable conclusion: the administration’s reaction to what Mr. Bush was told in the weeks before that infamous briefing reflected significantly more negligence than has been disclosed.” That “infamous briefing” was one given to Bush just weeks before the terror attacks and declassified in 2004 with the headline “Bin Laden Determined to Strike the U.S.,” but Eichenwald says it was the briefings that preceded it that tell the fuller story. Starting in May, the CIA warned that terrorists working with bin Laden were already in the U.S. preparing a strike and that an attack was “imminent.” But Eichenwald reports, via conversations with former officials, that the new neoconservative leadership in the intelligence community dismissed the talk as bluster from bin Laden to distract from Saddam Hussein.

From Russia with Cold War time warp: Meanwhile, Romney doubled down on calling Russia a top “adversary,” despite receiving a drubbing from Democrats at their National Convention for being stuck in a "Cold War time warp," as President Obama said. “Russia is a geopolitical adversary, meaning that almost everything we try to do globally they try and oppose,” Romney said during an interview on the Hugh Hewitt radio show yesterday.

Al-Qaida's No. 2 killed: An airstrike killed al-Qaida’s No. 2 leader in Yemen yesterday, along with six others traveling with him in a car. U.S. and Yemeni officials called it a major breakthrough for U.S.-backed efforts to cripple the group in the impoverished Arab nation. Saeed al-Shihri, a Saudi national who fought in Afghanistan and spent six years in prison at Guantanamo Bay, was killed by a missile after leaving a house in the southern province of Hadramawt, according to Yemeni and American military officials. The missile presumably came from a U.S. drone.

Adelson's $2 billion tax cut: According to a new report from the Center for American Progress Action Fund, GOP-bankrolling casino mogul Sheldon Adelson stands to gain a whopping $2 billion tax cut over four years under Mitt Romney’s tax plan. Separately, Adelson’s Las Vegas Sands Corp. could save $1.2 billion on untaxed profits from its Asian casinos. In other words, Adelson could easily make back the $100 million he has pledged to spend on the election in a single year. He’s already given over $10 million to the super PAC supporting Mitt Romney.