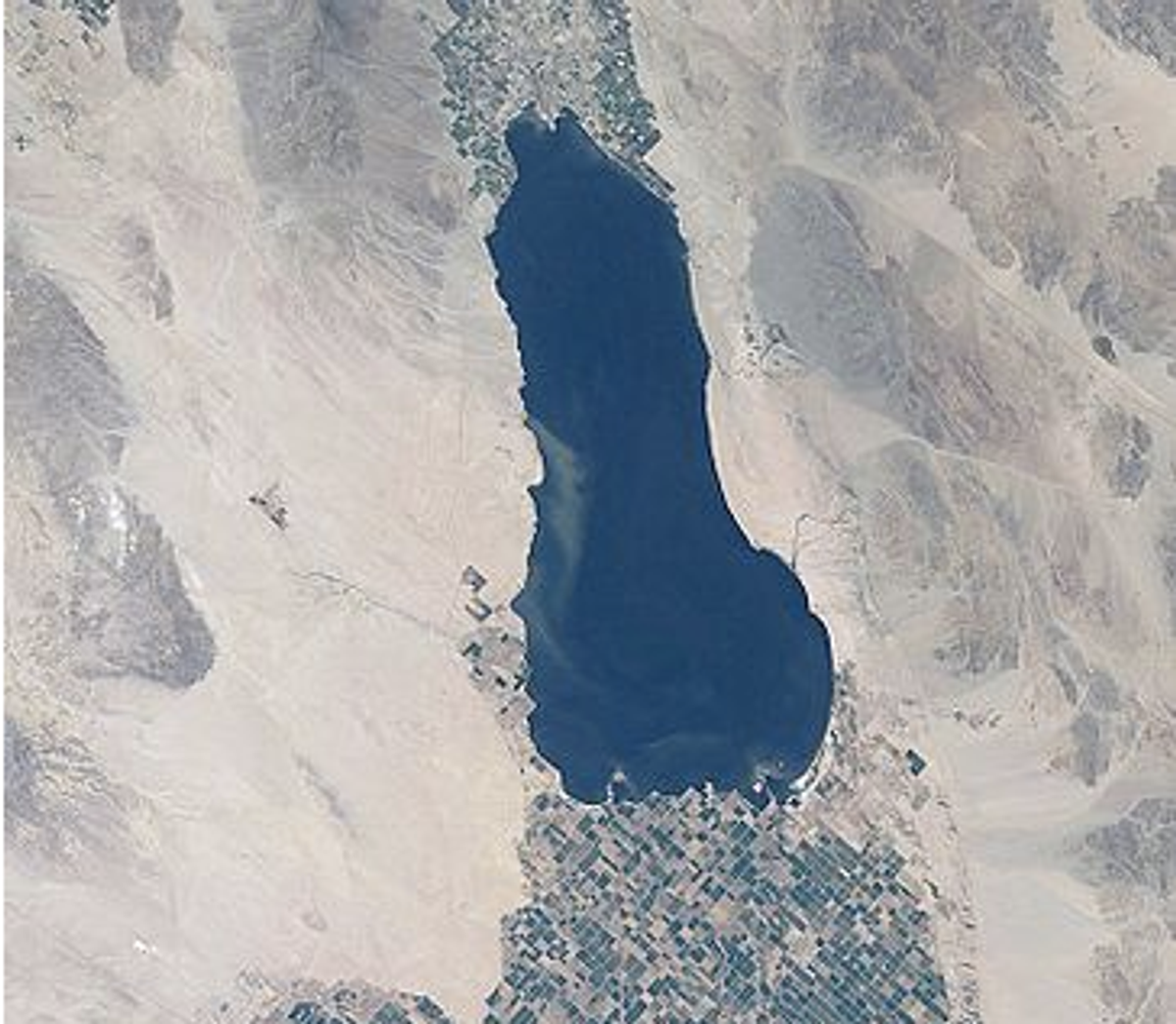 SANTA ANA, Calif. — Regional air quality officials in Southern California on Tuesday were awaiting an analysis of air samples as they tried to determine the source of a pungent, rotten-egg aroma that seeped across the region the day before.

The foul aroma that prompted hundreds of complaints and prompted at least one school to cancel recess had largely dissipated Tuesday, but its source remained a mystery.

One possible cause: A massive thunderstorm may have churned up bacteria from a recent fish die-off in the Salton Sea, a saltwater lake 150 miles southeast of Los Angeles, and released the stench into the air where it was trapped by low-hanging clouds.

But even as officials said several factors indicate the Salton Sea as the source of the sulfurous smell, air quality investigators stopped short of declaring with certainty that the 376-square-mile lake was the cause.

Barry Wallerstein, executive officer of the South Coast Air Quality Management District, said in a statement late Monday that "there is not yet any definitive evidence to pinpoint the Salton Sea or any other source yet."

One reason for doubt, the statement said, is that "it is highly unusual for odors to remain strong up to 150 miles from their source."

The smell was reported as far away as Palmdale and Lancaster, more than 150 miles north of the Salton Sea. The dying sea had a fish die-off within the past week and that, combined with strong storms in the area Sunday, could have churned up the water and unleashed bacteria from the sea floor, said Janis Dawson of the Salton Sea Authority.

The massive thunderstorm complex brought wind gusts up to 60 mph and widespread dust storms. Mark Moede, a National Weather Service meteorologist in San Diego, called it "huge, one of the largest that any of us have ever seen in probably 10 years."

The South Coast Air Quality Management District was awaiting the results of tests on air samples taken from the Salton Sea and the nearby Coachella Valley, as well as on samples taken from nearly a dozen other cities across the region.

The agency said a strengthening onshore breeze Tuesday would likely dissipate the smell - something that already was happening by Tuesday morning.

Julie Hutchinson, battalion chief at the California Department of Forestry and Fire Protection in Riverside, said the air was clear on Tuesday and her agency hadn't received any calls or complaints.

"We're not getting anything. I don't notice much of anything right now," she said. "It seems to have diminished throughout the region."

At the peak of the stench Monday, residents from Riverside County to the San Fernando Valley north of Los Angeles lit up switchboards and social media to make a stink about the stink. The district was flooded with more than 200 complaints Monday from across much of its 10,000 square miles.

"The odor was extremely intense," Dawson said. "We actually thought that somebody had an accident, a broken sewage main."

Jack Crayon, an environmental scientist at California's Department of Fish and Game, said he recognized the smell as the typical odor when winds churn up the sea's waters and pull gases from the decomposition of fish or other organisms up to the surface.

He said the phenomenon typically occurs a few times a year in the area surrounding the lake, but it was unusual for the smell to spread so far.

Fish die-offs at the Salton Sea result from low oxygen levels in the water and receding shorelines. The shrinking lake, which is a major resting stop for migrating birds on the Pacific Flyway, has been plagued by increasing salinity. It was created in 1905 when floodwaters broke through a Colorado River irrigation canal and is fed by water that seeps down from nearby farms. It is about one-third saltier than the ocean and sits 200 feet below sea level.

In San Fernando, comedian Jose Chavez said he was leaving the grocery store when he was overwhelmed by the odor.

"My first thought was that maybe one of the eggs I bought was rotted, and I got back home and the smell was still there, so then I started to think it was me so I changed my clothes," the 28-year-old said. "It was very pungent."

It also was strong enough to drive him to Twitter, where he quipped: "The Valley is starting to smell like rotten eggs. In an unrelated note, Febreeze sales are through the roof."