Paul Ryan is spending $2 million on ads for his congressional reelection -- is he worried he'll lose? 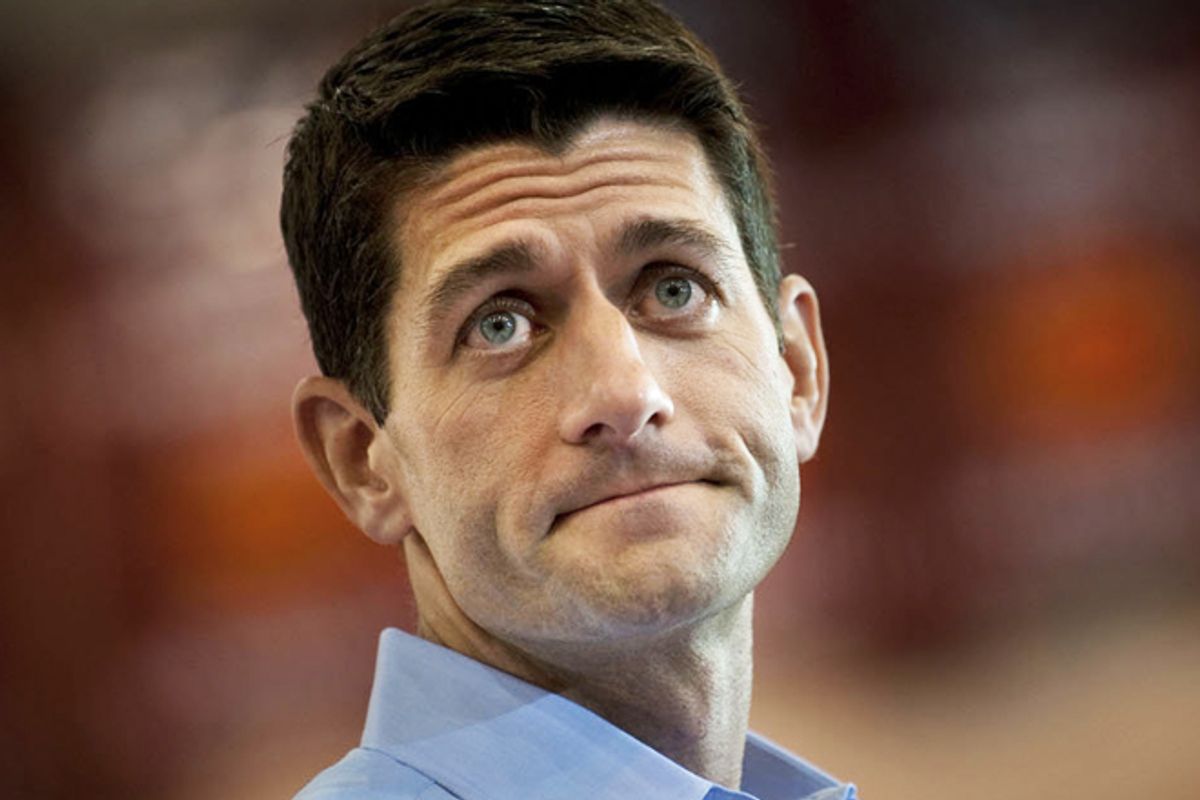 Voters in Wisconsin will now be treated to two sets of ads featuring Rep. Paul Ryan, one from the Romney campaign, and another batch, announced this afternoon, from Ryan’s congressional reelection campaign. The congressional ads, which will begin the same week as the Romney campaign ads, put Ryan in the awkward position of both apparently conceding there’s a chance he’ll lose the vice-presidential race -- otherwise why run ads for your congressional race? -- and tacitly acknowledging that he’s worried about his prospects in the 1st Congressional District. Wisconsin law allows Ryan to seek both seats simultaneously, but you obviously can’t serve in both at once. Vice President Biden also ran for, and won, reelection to his Senate seat in 2008.

Ryan's congressional campaign manager told the AP that the campaign expects to air the ads, which were filmed before Ryan was selected as the vice-presidential nominee, through Election Day. Ryan is sitting on a formidable war chest of at least $5.4 million.

The massive ad buy, totaling about $500,000 in Madison and $1.5 million in Milwaukee, according to a compilation of publicly available records maintained by TV stations and provided to Salon, suggests Ryan may be concerned about his prospects in a toss-up congressional district that voted for Obama in 2008. Ryan spent a total of $1.78 million in 2010, $2.25 million in 2008 and $1.37 million in 2006. So far this year, he's already outspent the last cycle by dropping $1.95 million in a race that's months from over. That figure does include the $2 million ad buy. With the ad buy, by November, Ryan will have vastly outspent himself from previous years, not something you'd expect from an incumbent cruising to victory.

Mysteriously, Democrats have mostly failed to run a strong candidate against Ryan, despite the toss-up nature of the district, until this year. Ryan's challenger in 2010 spent a grand total of less than $12,000, while his 2006 opponent couldn't even raise $2,000. But Rob Zerban, whom Salon interviewed earlier this month, appears to be giving Ryan a run for his money, though the Republican's internal polling shows Ryan leading by a wide margin.

Indeed, the Zerban campaign sees good news in the ad buy. “Spending $2 million on advertising -- more than he’s spent on past cycles combined -- is clearly a sign that Paul Ryan is worried about keeping his seat. Not only are people starting to see through Paul Ryan’s lies, but for the first time since being elected 14 years ago, Ryan also faces a serious challenger with impressive fundraising and a sprawling field operation. Throw in the unpopularity of Ryan’s plot to kill Medicare and gut student loans, and we’ve got all the pieces in place for an upset victory in November,” campaign manager Al Benninghoff said in a statement.