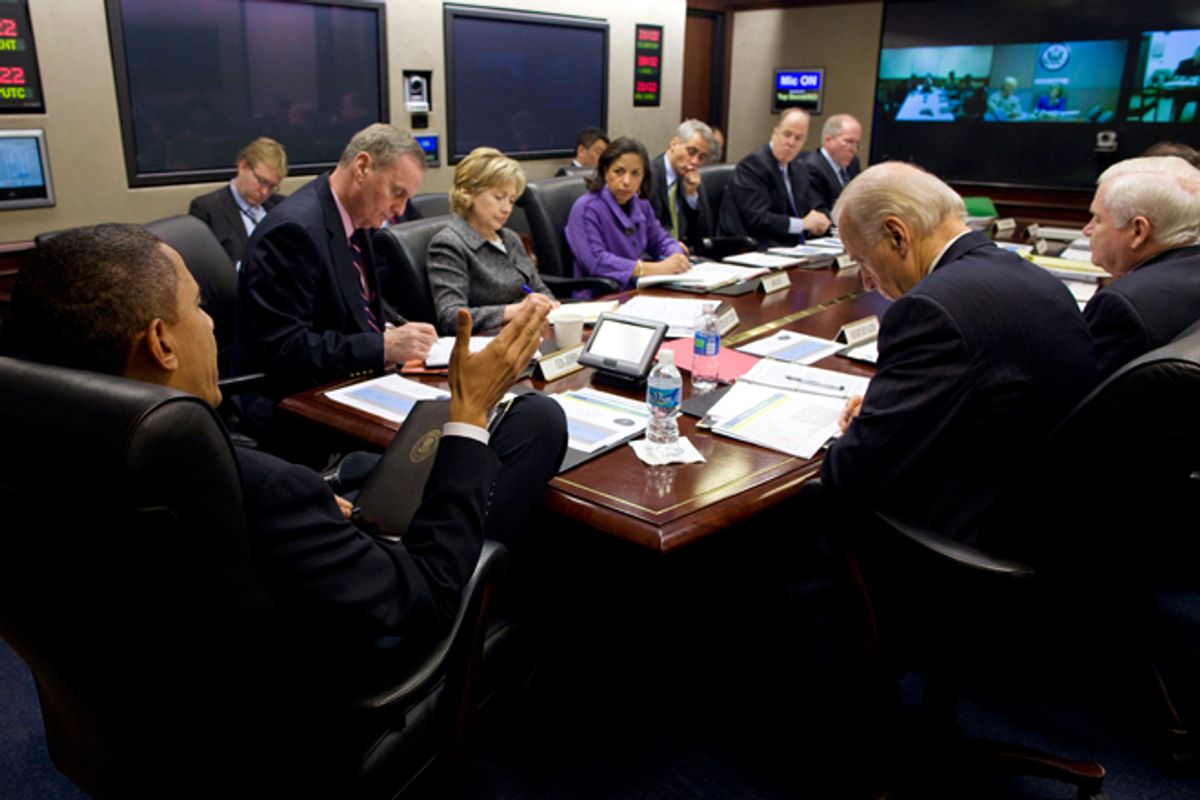 Former Republican congressman Pete Hoekstra must not have gotten the memo before giving an interview with a conservative news outlet in which he shot down the right-wing Obama myth du jour. The myth, first advanced by Washington Post columnist and ex-Bush official Marc Thiessen, is that Obama makes the country more dangerous by “skipping” more than half of his in-person daily intelligence briefings and reading them instead.

This, according to Thiessen, shows that the president is “consciously placing other priorities ahead of national security.”

The specious claim has spread far and wide on the right-wing blogosphere and on conservative talk radio, but apparently stops at Hoekstra. Hoekstra, now running for Senate in Michigan, was chairman of the House Intelligence Committee for several years and presumably knows more about this than Thiessen, who was a speechwriter for Bush but has since fashioned himself as a national security expert.

In an interview with the conservative Newsmax TV, Hoekstra was asked for his informed thoughts on the story, but he didn’t take the bait. “This is really not about process. I believe that this president hopefully is getting the briefings and whether he shows up for the briefing or is reading the briefing materials, you know that’s not really the issue here ... It’s not about the process -- what did the president read and when,” Hoekstra said.

Hoekstra, who is no Obama fan, spoke at length about the vulnerability of U.S. installations abroad to the kinds of attacks we saw last week in Libya and Egypt, but avoided criticizing the president almost entirely.