Romney speech: Another fib about Obama 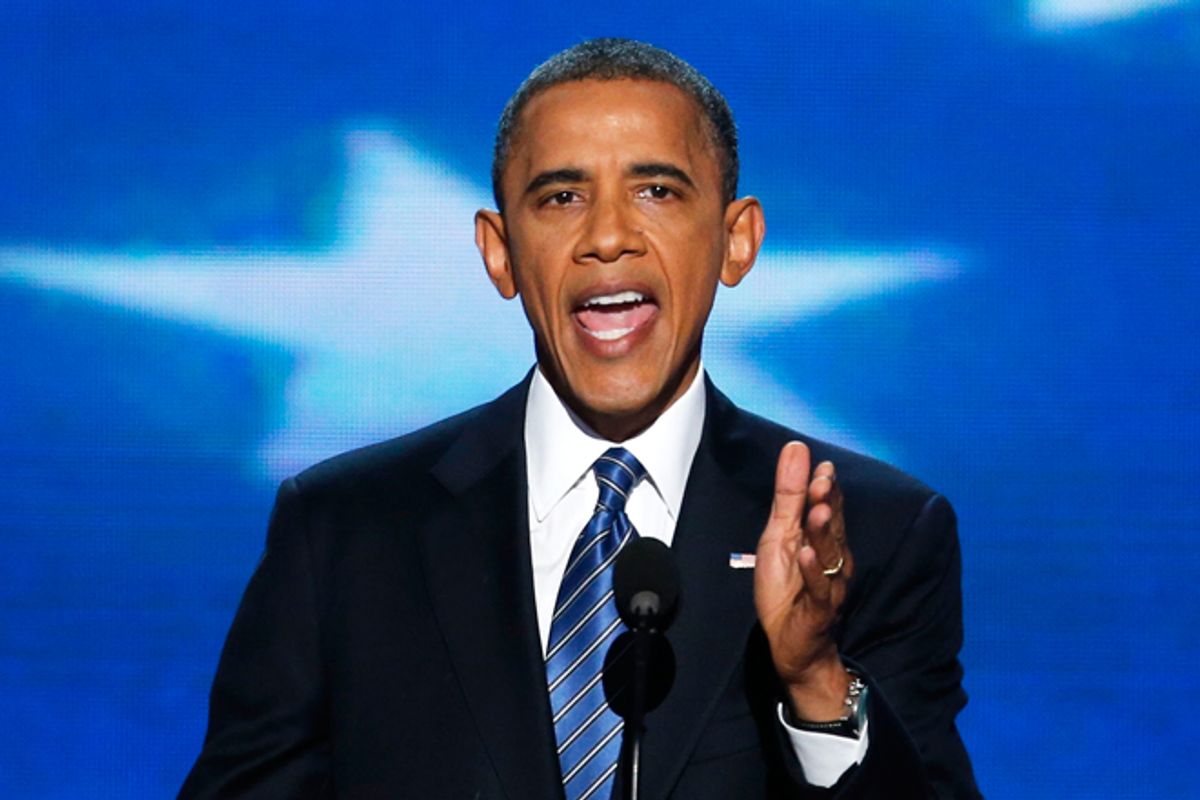 Mitt Romney will deliver an address to the Hispanic Chamber of Commerce later today, and in addition to some lip service on immigration, the candidate will go after President Obama’s speech at the Democratic National Convention. “I expected the president, at his convention, to talk about the unemployed and to unveil a jobs plan. Astonishingly, he did not. I have a plan, and my plan for a stronger middle class will create 12 million jobs by the end of my first term,” Romney will say, according to excerpts released to reporters this morning.

The attack turns the tables on the one Democrats, via Sen. John Kerry, leveled against Romney’s convention speech for leaving out any reference to troops serving abroad or to the war in Afghanistan. But unlike Kerry’s speech, Romney’s isn’t exactly true.

If Obama didn’t unveil a new jobs plan it’s because he’s already put several forward, including one he introduced in a major televised address last year and helpfully named the American JOBS Act, part of which he signed into law in April. It’d be fair for Romney to criticize what was a pretty weak piece of legislation, but not to claim that Obama has no plan at all. And in his convention speech, Obama talked at length about creating jobs, especially in manufacturing and green technologies.

So it's worth asking if Romney could be held to his own standard. In fact, in his big convention speech, Romney also did not mention the word “unemployed” (or any variation thereof). His only reference to people who lost jobs was this: “when you lost that job that paid $22.50 an hour with benefits, you took two jobs at 9 bucks an hour and fewer benefits.” Romney actually talked about "jobs" slightly less than Obama, mentioning the word 15 times compared to Obama’s 16.

It’s a minor mischaracterization and easily checkable, but it comes after a long line of other falsehoods and misleading statements that perhaps explain why Americans find Romney less “honest and trustworthy” than Obama.