The end of the world has never been so dull 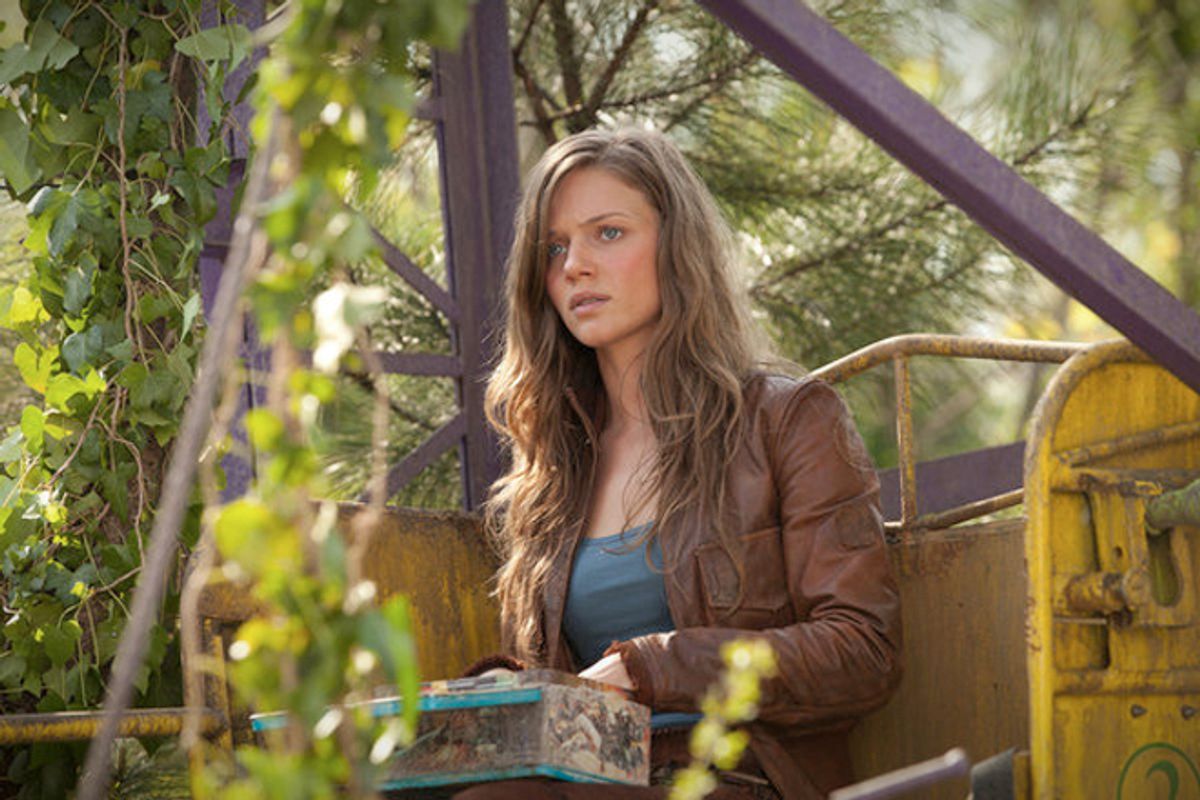 There is an eerie moment near the beginning of “Revolution,” NBC’s new post-apocalyptic drama about a world without electricity, when we first see all the lights go out. Two soldiers, on leave, are driving down the highway when their cellphones die. Their headlights start to flicker and their cars sputter to a stop. The camera pulls back as the cars behind them turn out in succession, the highway going dark. Above, glints in the sky fall to earth: airplanes.

This scene, and especially the monstrous, elegant airplanes, are the only grace notes in the entire pilot of “Revolution,” which takes a high-stakes, specific premise — the end of the world through a total collapse of technology — and makes it as dull and generic as possible. It is a show about technology that doesn't find technology the least bit interesting.

“Revolution” picks up in earnest 15 years after Armageddon. The United States government has fallen, America has been taken over by militias, and no one has any idea why the laws of physics just broke. (It’s not just that the grid doesn’t work — batteries, backup generators, cars, they’re all out.) The show’s heroine, Charlie, a teenage girl, who like all teenage girls in these “Hunger Games” days, uses a crossbow, lives in a sleepy farming community and longs to go out into the big bad world.

One day, the militia, run by a creepy, smiling Gus Fring, shows up looking for her father, who knows something about the cause of the catastrophe. One thing leads to another and brother Danny gets kidnapped as collateral, and she sets off with her stepmother and a chubby guy who used to work for Google —  the cheeky nerd archetype that appears in all J.J. Abrams affiliated projects — to find her uncle Miles in Chicago. (He’s holed up in an old hotel with a Greek column sprawled across its lobby, so that when he has his huge sword-fighting scene — yes, there is sword fighting — it looks like a really crappy restaging of some Cecil B. DeMille movie.)

By episode’s end, the reluctant Miles has joined his niece on a mission to find her missing brother. So, it’s the end of the world as we know it and our heroes are on some milquetoast quest to find the kid wearing the tight-fitting Henley. Perhaps this would have been too on the nose, but maybe they could be on a quest to figure out who turned out the lights?

Yes, the show will get there, but it doesn’t in the pilot, which is either keeping all the interesting stuff for later or has no interesting stuff. (Part of the pilot’s half-assed feeling: Elizabeth Mitchell, Juliet of "Lost," plays Charlie’s mother. She appears in the pilot for two minutes, and then is said to be dead. You don’t cast Elizabeth Mitchell for two minutes of your pilot. She’s alive.) The first episode is so banal I kept getting distracted by the logic-defying costumes and props. Here is a (slightly) amended version of my notes:

—   Where did all the men’s shirts that don’t have three buttons and open collars go? Were they targeted like the light bulbs?
—   Did they stockpile hair gel before the world ended?
—   Only catalog models survived?
—   If this girl has never left her village, where did she find this brand-new leather jacket?
—   What happened to all the T-shirts with writing on them?
—   Why are all the guns steampunk rifles? Did the hand- and machine guns get destroyed too?

If it seems cheap to harp on how cheap “Revolution” looks, well, end of the world shows are about a mood. Turn on AMC’s “The Walking Dead” and you start sweating and worrying that there is some gross zombie drooling over your shoulder. “Revolution” has no such specificity, not in how it looks (the necklace that holds the key to turning the lights back on appears to have been bulk ordered from QVC), not in its characterizations (Danny’s distinguishing characteristic is … that he has asthma), not in its ideas. This apocalypse could have been caused by plague or nuclear war as much as a blackout.

"Revolution" seems like an ideal series to reflect on just how extensively our real world is tied to technology, but it refuses to engage with these themes. The series' lack of interest in technology is such that, 15 years after our techno-society has gotten flicked off, no one misses their cellphones or even their light bulbs. The detritus lying around — camper vans, Ferris wheels, ice cream cartons, cars — could all be from the 1950s. Where are all the useless appliances, the meaningless computers? What wouldn't I give to see an Xbox being used as a door-stopper, a house built out of iMacs, armor fashioned from cellphones, art composed of circuit boards, or anything playful? Close your eyes: "Revolution's" vision of a world without electricity is not nearly as scary, dramatic or plausible as the one you can imagine all by yourself.