Suddenly we're nostalgic for payphones, the star of three smash singles, some by singers too young to remember them 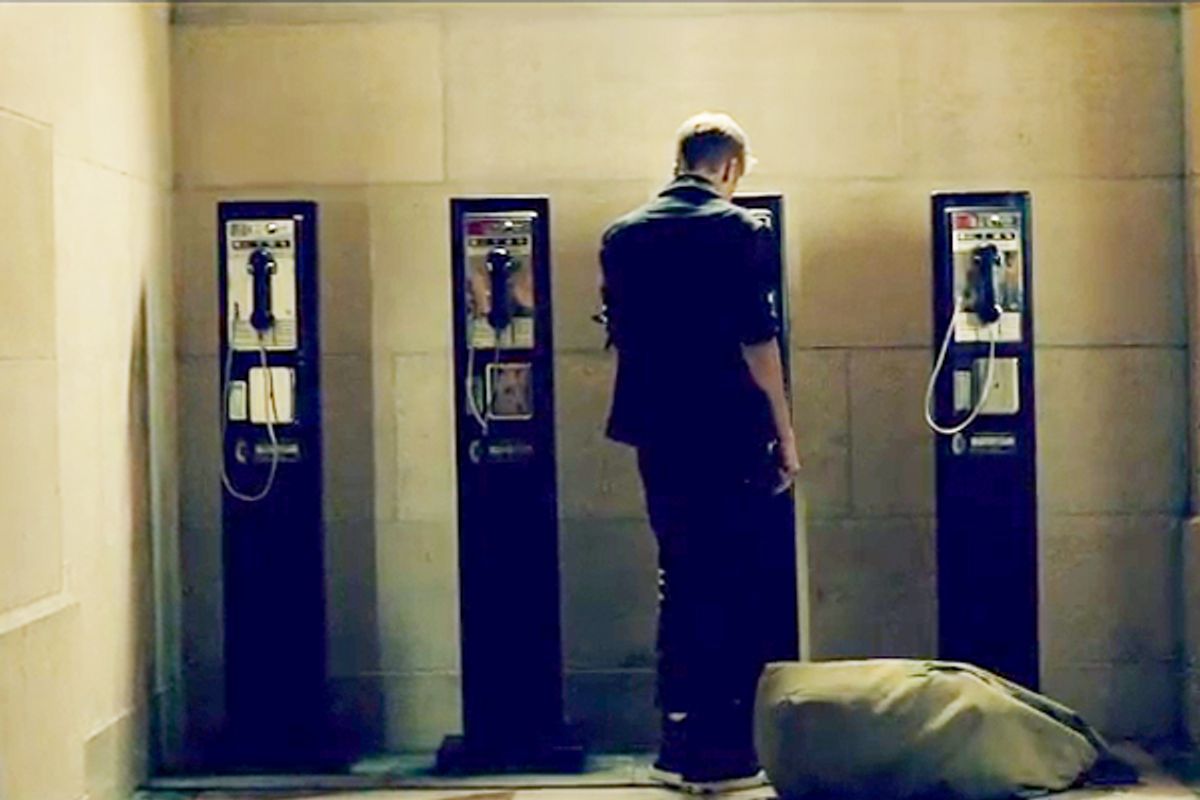 What’s most remarkable about “Call Me Maybe,” this year’s summer anthem, isn’t that a vapid song with a relentless, catchy hook was inescapable. That happens every summer. It’s been a long time, though, since there was a summer jam about getting a phone call.

Nobody calls anybody anymore, at least according to The New York Times. Text messages, IMs, Facebook and, for Luddites, e-mail now dominate how we communicate. “Phone calls are rude,” the Times tells us, and an intrusion, especially for a generation that barely remembers when telephones had cords.

And yet Carly Rae Jepsen wasn’t the only pop singer looking to reach out and touch someone.

In Justin Bieber’s new video for “As Long As You Love Me,” just before he gets a thrashing from the disapproving father of his girlfriend, Bieber is shown calling his jailbait sweetie from a bank of payphones. Talk about an anachronism: Bieber, 18, has grown up in the age of cellphones. In fact, it’s entirely possible that he had never actually used a payphone before shooting that video. After all, their number has declined so precipitously in the United States – from 2 million in 2000 to fewer than 500,000 now, according to an industry trade group – that it’s getting harder to even find one outside of, say, the airport or bus station.

Maroon 5 managed to do it, though. The group scored a No. 1 hit this summer with “Payphone,” which finds Adam Levine mooning over an ex-girlfriend while trying to reach her from, yes, a payphone.

It all harks back to a time when phone calls still meant something. Before texting, sexting and Gchat, people shared information by actually talking to each other. How’re the kids? What happened with that doctor’s appointment? How’s school going? This summer’s mini-wave of telephone nostalgia suggests that maybe we’ve reached a point where the saturation of technology is leeching out something essential about human contact.

Phone calls used to loom much larger in popular culture, even beyond Stevie Wonder dialing up to say he loves you or Tommy Tutone talking up Jenny. The American diaspora that began during the Depression and accelerated after World War II meant that extended families often no longer lived in close proximity, and staying in touch required effort. When written communication just wouldn’t do, there was the telephone, which wasn’t used lightly: phone calls were important, and long-distance was expensive, even in songs.

In “Rhinestone Cowboy,” for example, Glen Campbell sings about “offers comin’ over the phone” – that is, offers too important to wait for the mail. Or there’s Tom Waits’ “Martha,” where the narrator tells his old flame he’s calling long-distance and “don't worry about the cost.” Or even Jay Farrar on Son Volt’s “Live Free” from 1995, wanting "to see your smile through a payphone.”

These days, whoever was making the offer would just text it to the Rhinestone Cowboy's manager, and then pay him with Venmo. Ol’ Tom Frost could tag Martha in those old photos on Facebook. And Farrar could Facetime with his lady without worrying about running out of quarters midway through saying “I miss you.”

“I want to see your smile on a high-resolution smartphone screen” doesn’t have the same ring, obviously, but it seems entirely likely that telephone nostalgia will be a short-lived phenomenon. Apple releases a new iPhone soon, for one thing, and next summer will bring another vapid summer anthem with an irresistible hook.