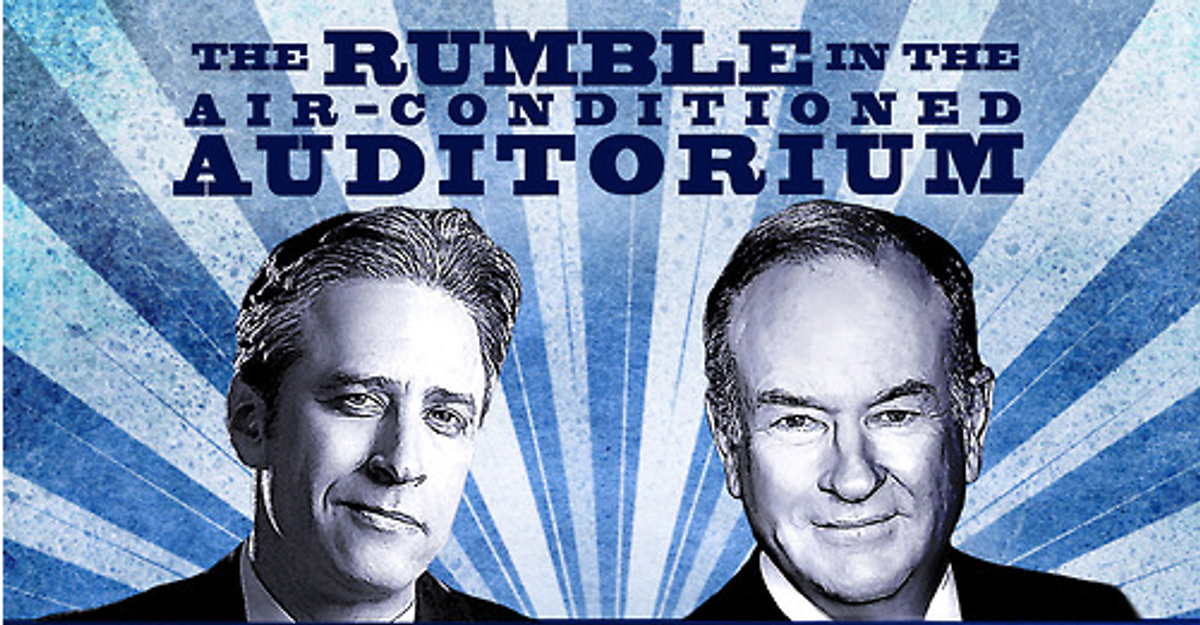 On last night's "Daily Show," Jon Stewart announced that "pundit-news-hybrid-man" Bill O'Reilly has challenged him to debate "man-to-man." (For those unfamiliar with their epic verbal battles, here's a preview.) Stewart has accepted the 90-minute "old-fashioned duel of wits," which will take place Oct. 6 in Washington, D.C. The chosen few can buy tickets here. The rest of us regular folk will have to stream it live for $4.95. Fifty percent of the money will go to charity, and the rest will go to "supply-side job creation, whatever," according to Stewart.