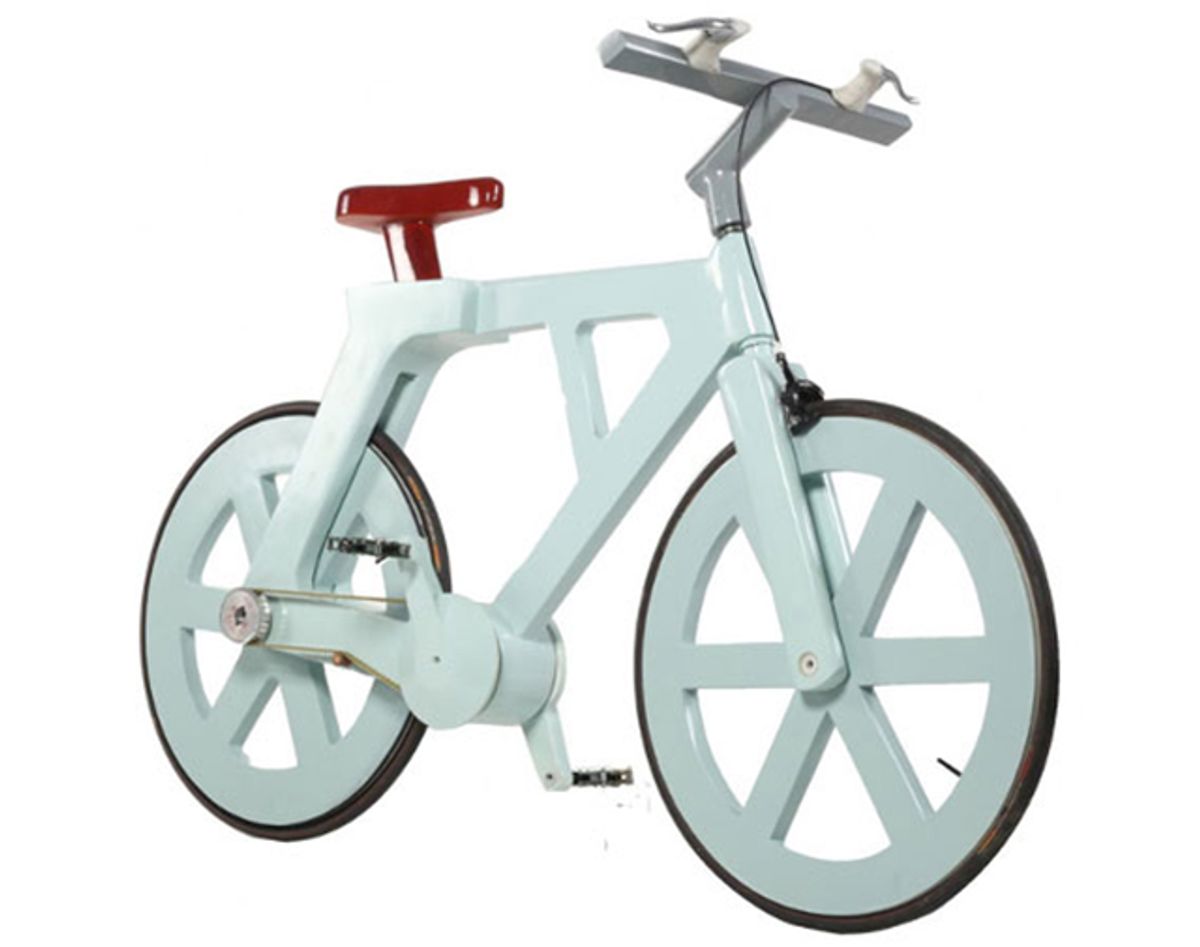 When Israeli designer Izhar Gafni heard that someone built a usable, watertight canoe out of cardboard, one thought began to obsess him: What about a cardboard bike? The result is the world’s first paper bicycle, an uber-efficient, beautifully designed, and eminently sustainable tool that could change transportation the world over.

Gafni’s final product, a striking cycle painted in lacquered, waterproof white with a bright red seat, costs just $9 to $12 in materials ($5 for a kids version), weighs 20 pounds, and supports a total weight of up to 485 pounds. They key to the bike’s design is that paper’s strength increases exponentially as it’s folded — Gafni compares it to origami, noting, “if you fold it once, it’s almost three times the strength.”

The impact that the bike’s design could have is hard to underestimate. The project, which Gafni is currently raising funding for, could put wheeled transportation in the hands of those who couldn’t otherwise afford it. The $9 bike reminds me of the XO One Laptop Per Child project, which designed a cheap, accessible, Internet-enabled laptop for just $199 and created a program in which buyers could purchase an extra computer to send to children in third-world countries. Could we soon see a rash of high-design cardboard bikes taking over the streets of both New York City and rural India?

Check out a video of Gafni designing, molding, and riding his cardboard bike below.