The hits keep on coming. His latest appeal to women voters is at best strained, at worst dishonest 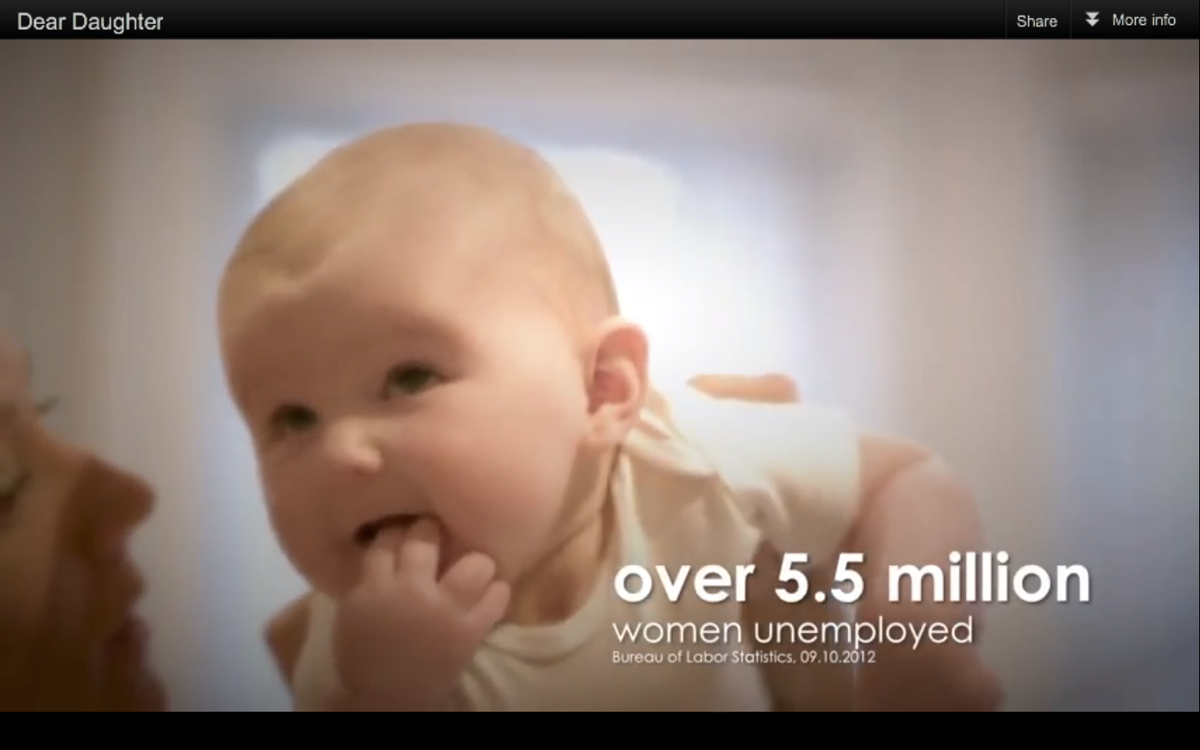 It just gets better. This election season has been like a bloopers reel for a real election, as Romney’s “strategy” unfolds before us. Let’s put aside that in the last two days alone he's said that half the country is a bunch of ungrateful serfs and that there's “no hope for Palestine,” his continued attempt at reaching lady voters baffles. This week, the Romney campaign puts out a video targeting the ladies titled, “Dear Daughter.”

“Our daughters,” have the most to lose under a Romney presidency. Romney doesn’t support equal pay, so single moms–you will earn less. And don’t forget to remind your daughters that they will get paid less for the same work (don’t really have an explanation–just tell them that!). He wants to block access to critical health care services, including reproductive and family planning services. He will hurt your family if you are poor, suggesting that you are irresponsible and lazy and should have worked harder so you don’t deserve access to health care, unemployment and all the other services we need to for our families to survive in times of need.

It’s hard to reconcile that he is talking to unemployed women while he’s being exposed as admitting he doesn’t give a shit about half the population. There is nothing in the GOP party platform or coming out of Romney’s mouth that indicates he would do anything to make the lives of poor women better. As a voter, it is unclear how you would reconcile such a discrepancy without genuinely just believing women don’t deserve better.