In a nifty twist, Romney calls the 47 percent entitled for not paying taxes while trying to lower taxes on the rich 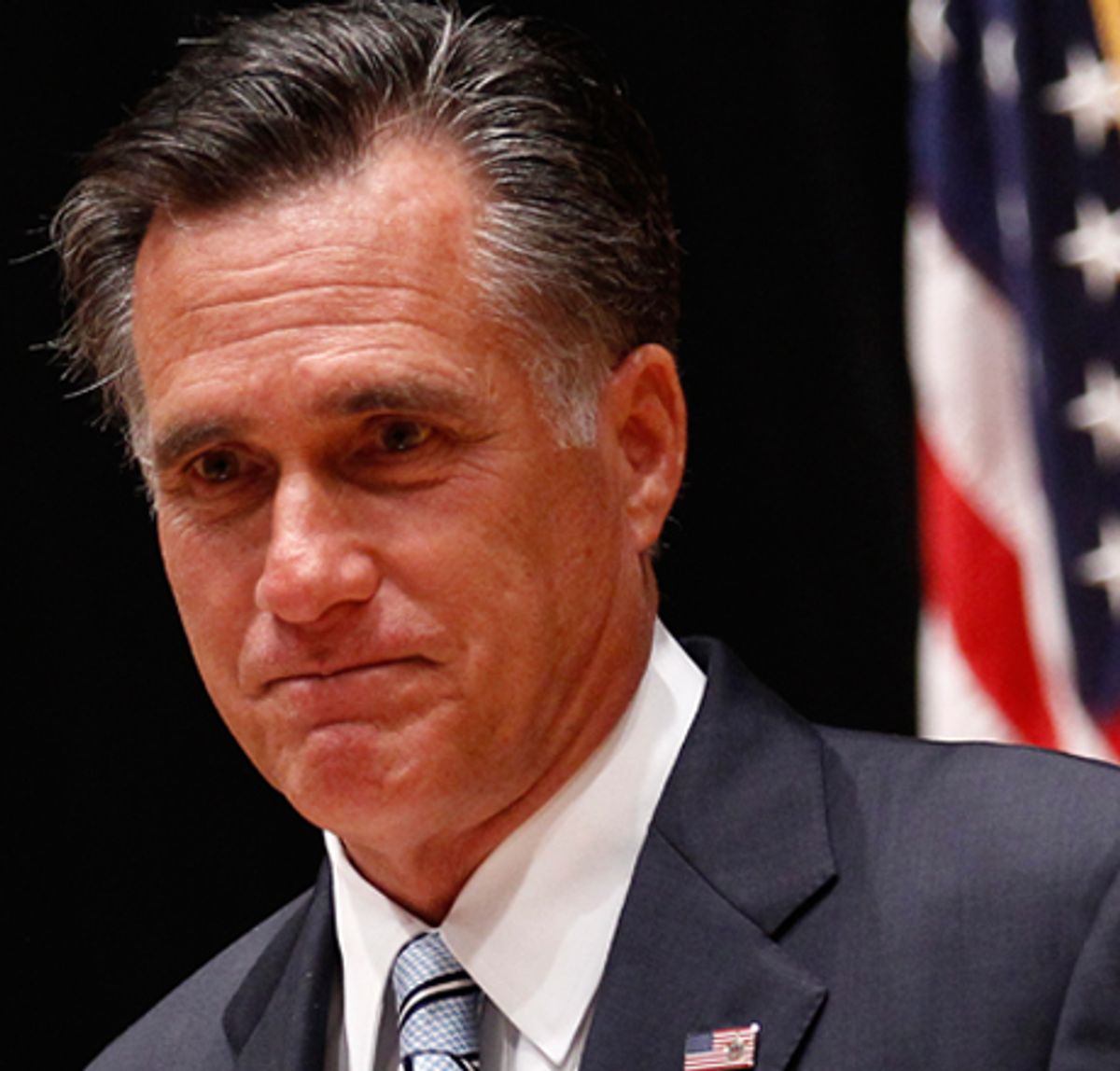 There is a fascinating and remarkable paradox at the heart of the Romney fundraiser video that isn't getting the attention it deserves: At the same time Romney trashes half the nation for not paying taxes, he tells his millionaire donors that his plan is to lower their taxes even further!

Here's the critical segment (emphasis mine):

"47 percent of Americans pay no income tax. So our message of low taxes doesn’t connect."

Forget all that stuff you're reading about how the video has revealed "the real Romney" -- a presidential candidate who thinks that half the country are parasites. Judging by his history in politics, there is no real Romney. He always says what he thinks his audience wants to hear.

And what do millionaire Republican donors want to hear? They want to hear that Romney will lower their taxes. Or, at the very least, hold the line against any dreaded tax hikes. They want to be told that they can be moochers, too.

But this puts Romney in a box -- because most Americans are opposed to additional tax cuts for the rich. Most Americans think the rich should pay more. Romney's solution to this dilemma is actually brilliant. He's trying to convince a group of rich donors to give him money. But like everyone else in the Republican Party, those donors are looking at the polls and not liking what they see. So what does Romney do? He explains to the donors that the election is close because the half of all Americans who are rejecting Romney's tax cut agenda do so because they already pay no income tax. The selfish bastards already got theirs.

There's been an explosion of commentary from both conservatives and liberals in the last 24 hours explaining why Romney's attack on American moochers is ridiculous on multiple levels. We've heard that Republican presidents are responsible for the tax breaks that cut income taxes for so many Americans. We know that at least half of the 47 percent are young people who have very little income or elderly Americans relying on Social Security -- exactly the kind of people you don't want to saddle with high taxes. We know that most of the rest of the 47 percent pay payroll taxes and state and local taxes -- and their average tax liability, in terms of a percentage of their total income is higher (15.3 percent) than Romney's was in 2010 (13.9 percent). We know that large swaths of the 47 percent -- elderly voters, poor white male working-class voters -- typically vote for Republicans.

Romney isn't dumb. Romney surely knows all this. Romney's message was crafted to align with the class interests of the audience he was speaking to, to explain to them why their agenda -- lower taxes -- might not be the agenda of other Americans. It was always going to be a tough rhetorical challenge to pull off, since one might assume that Republicans would generally favor lower taxes for everyone. But if you can argue that Obama's voters don't favor lower taxes because they already pay no taxes, you've found your solution. Obama voters are so selfish that they want to deny rich people the right to be equally selfish.