The former game show host turns up in a new incarnation: Twitter troll 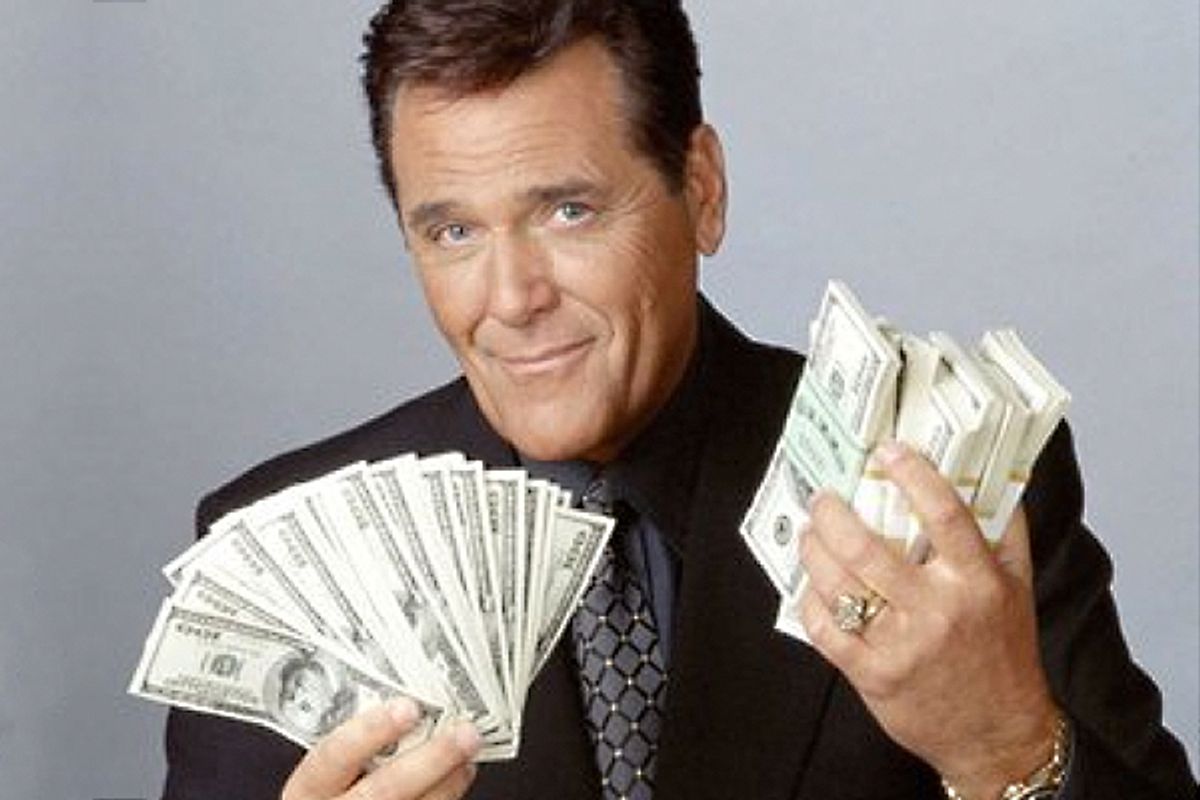 It's been a very long time since Chuck Woolery made anybody a love connection. But it turns out the game show host and fishing lure salesman is still striving to connect -- this time in his unlikely newest incarnation: as a Twitter Tea Party troll.

The 71-year-old Woolery, best known as the glib matchmaker of yore in shows like "Love Connection" and "The Dating Game," has always been open about his religious and political conservatism. But his Twitter feed takes his big bag of unusual insights and unique spellings and winds up being the most compelling show the guy has ever done.

Woolery is far from the only Tea Partyer on Twitter, or even the most prolific. (For folks who love to rail about how lazy everybody else is, they sure have a lot of time on their hands.) But in recent weeks, the self-described "game show legend" has been on a real tear, frothing over unions, the Obama administration and the 17th Amendment with gusto multiple times a day. It's like a little window into one man's internal stream of semi-consciousness.

Woolery would like you to know that "Obama supports Muslim Brhood, now they turn us and kill our people. Our country's response is to apologize to them." He thinks that "Unions are one way to control the government." He wonders, "I think we may find out soon if God is with Israel. You may be surprised. We live in interesting times." He muses that Barney Frank will "tell us how to fix the banking problem or run a male brothel out of an apt." (There are also cracks about Rachel Maddow's looks.) He points out that the "Official Obama slogan Forward Same slogan used by Lenin, Marx, Trotsky, Engels, coincidence, or is he finally being honest with us? Scary." And he invites us to "Lets all go over to the White house site and mess with them.. Just kidding."

But there's more to Chuck Woolery than just whatever he's belching out on Twitter at the moment. He's got a Web page called "Save Us Chuck Woolery," and you should just drop what you're doing to check it out immediately. On it, Woolery has posted a bunch of oddly statesman-like videos in which he addresses "my fellow Americans" and where, to the strains of the "Battle Hymn of the Republic," he makes fat jokes about "Micheal Moore" [sic] and cracks about Moses being snubbed by Obama's ancestors. There are clips on how the left is trying to scare up a race war and why Occupy Wall Street protesters should be deported. There's also an audio "Save Us Chuck Minute" where he rages about "how this country has shifted toward socialism." And he does it all with a painfully jokey shtick – imagine Rush Limbaugh, but less funny. The only thing more painful than his routines are the supportive comments from his fans.

Woolery has every right as an American to say whatever crazy thing pops into his head at any given moment, and he's certainly under no obligation to play the part of jocular prize giver in perpetuity. But who'd have guessed that underneath that pearly white smile and granite jaw there was a man so full of rage and conspiracy theories, so unpleasantly unwitty? Or that a man who made his name on love would turn out to be so casually homophobic, so grossly mean-spirited. Drew Carey, promise you won't let this happen to you.