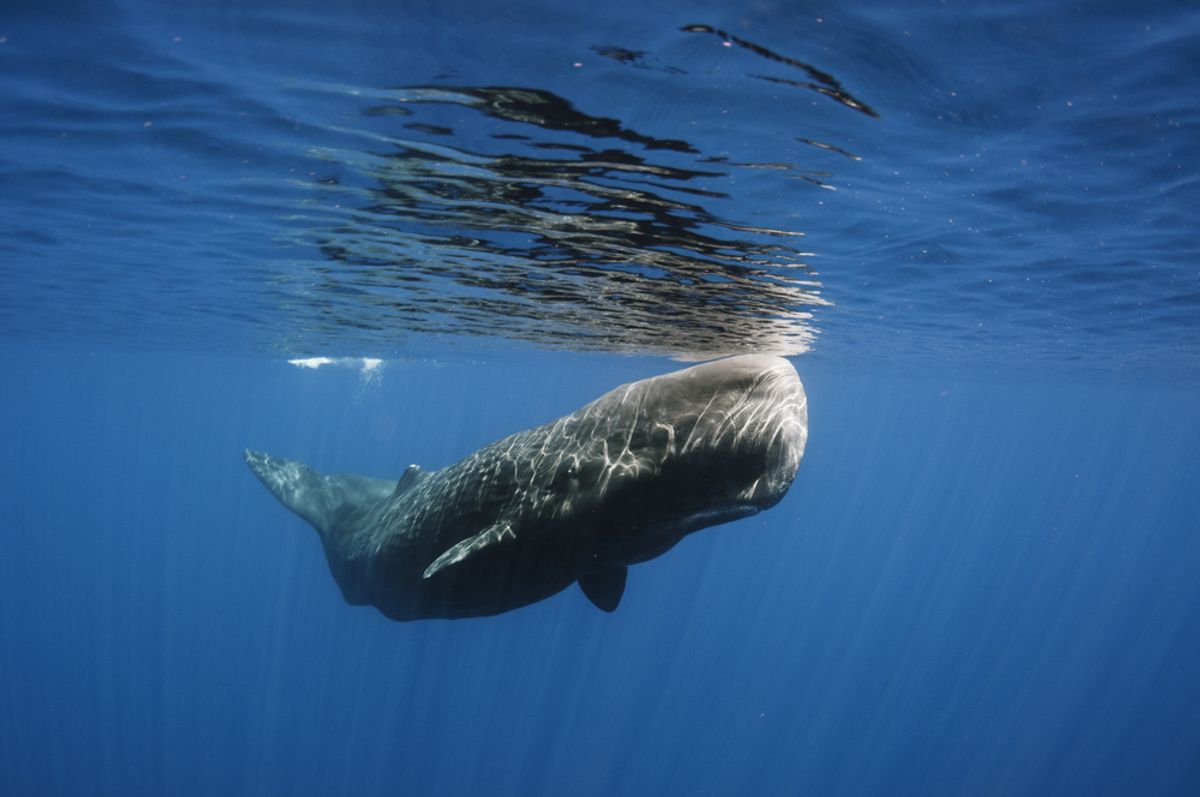 Writer Philip Hoare and artist Angela Cockayne are sharing their love of Melville's American classic with the Moby Dick Big Read, a project that releases one downloadable audio chapter of the book per day with original illustrations. Each of the 135 chapters in this free cyber happening will be voiced by a different reader. The list includes celebrities and artists like Tilda Swinton, Benedict Cumberbatch and Anish Kapoor.

The idea comes from the creators' observation that "Moby-Dick is perhaps the most famous yet least-read of all American novels," telling the Guardian,"Everyone's scared of a book that long, they're scared of the length, they're scared of the content. But when you read it you realise it's incredible." Hoare even argues that the masterpiece is like "one long blog:"

"Moby-Dick is one long blog. It's a meditative state, almost transcendental, when you get into it. It's a loop, almost a druggy experience. It draws you into this dreamlike world where things become quite other," he said. "It has this messianic message as well as this deep sense of subversion. It's incredibly rich. Melville was never edited, which again is why he's suited to the digital age. He would have been blogging. [And] the whale itself is such a powerful symbol for us of a world we've almost destroyed through our own misdemeanours. That's what Melville invests the whale with – our misdemeanours. So it has an incredibly powerful effect now when you read it."

Hoare and Cockayne are hoping that deliberately paired readings will amplify the novel's effect. Comedian and writer Stephen Fry will be adding his flourish to a homoerotic passage between Ishmael and Queequeg, while broadcaster David Attenborough reads a passage postulating the extinction of whales. Even U.K. Prime Minister David Cameron will read--though from a less subversive chapter. "The problem for any politician is the coded messages in Moby-Dick," Hoare told the Guardian, "It's an incredibly political book, and there are entire chapters about the whale's foreskin."