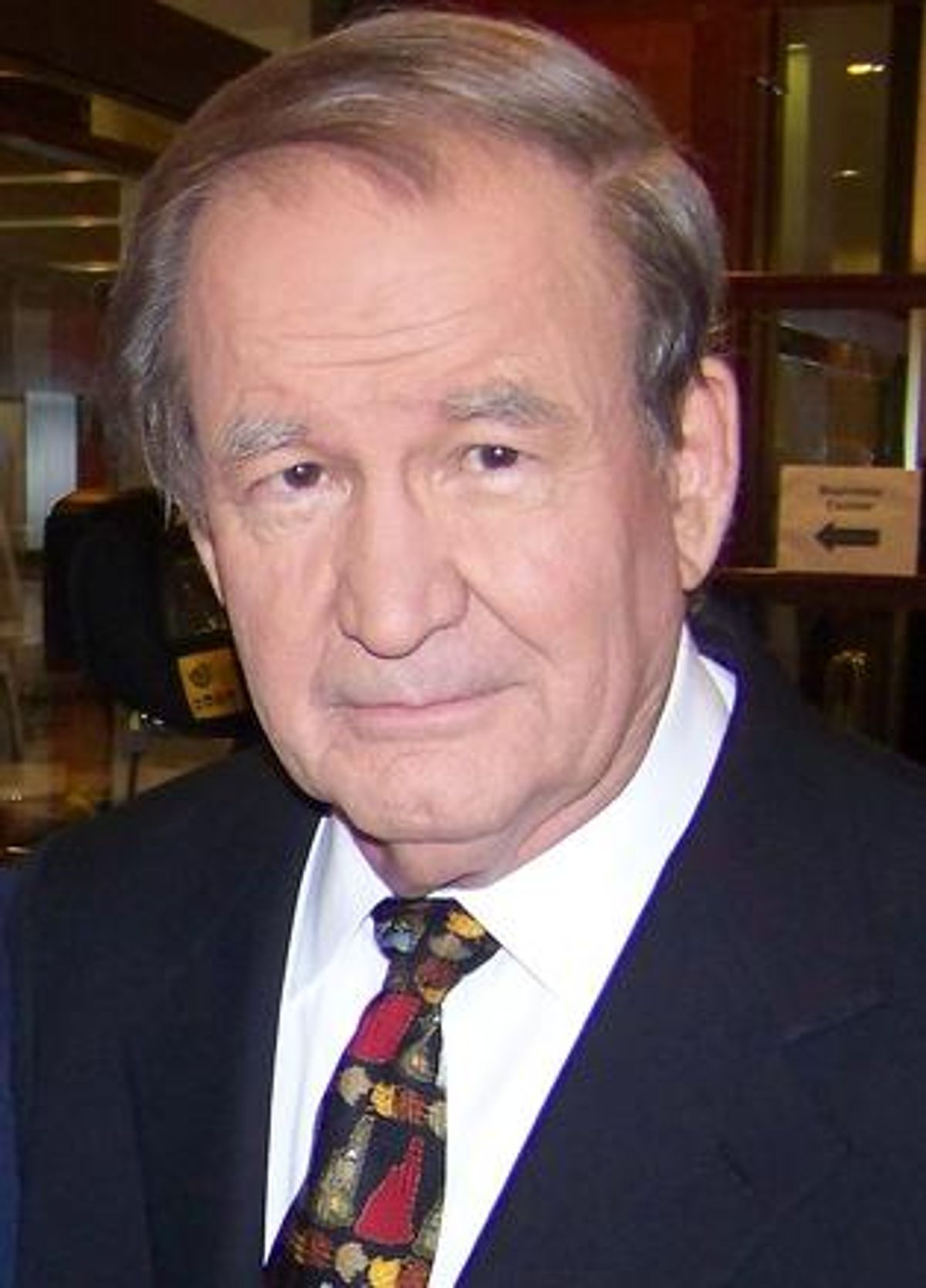 Pat Buchanan, previously seen getting ousted from his gig at MSNBC after he wrote a book pining for the segregation era, jumped to Mitt Romney's defense last night.

On "On The Record" with Greta Van Susteren, Buchanan first defended Romney's "47 percent" comments, arguing that the number of people currently freeloading off of the government "is the great issue of our time." He added that President Obama is "a Fabian socialist [who] wants to move through gradualism and reform step by step until a majority of Americans are dependent upon government."

Buchanan continued by comparing government relief to a "narcotic," so "if it's a narcotic, Barack Obama is a drug dealer of welfare. He wants permanent dependency."