A new study suggests his remarks might not spell doom, but there could be a silver lining for Obama 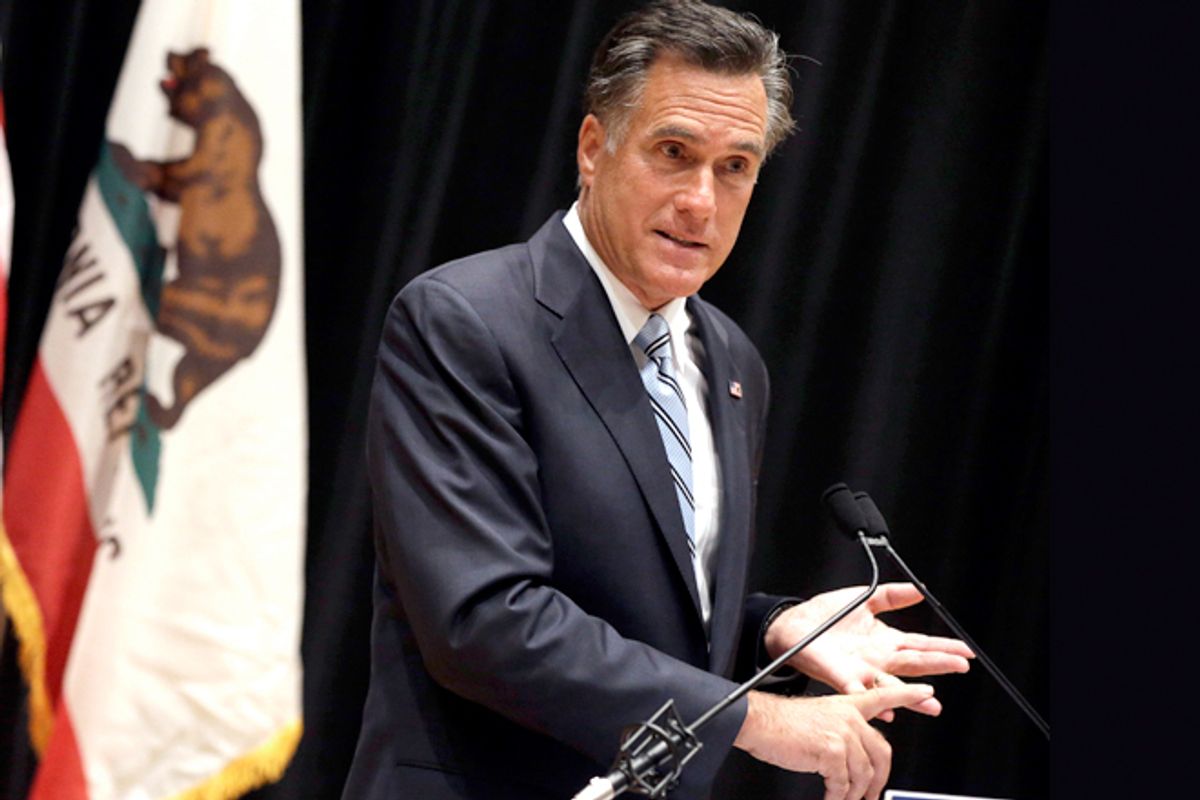 According to Gallup, 36 percent of voters said Romney’s comments made them less likely to support him, while 20 percent said they were more likely. Among independents, the spread was 29-15 percent – a clear sign, it seemed, that the video was hurting Romney with voters he badly needs to win over.

But a new study today casts doubt on this interpretation. According to a survey conducted by the Vanderbilt/YouGov Ad Rating Project, the video is enraging many Democrats and rallying some Republicans around Romney, but having essentially no impact on actual swing voters.

“I’m not suggesting Romney is benefiting from this,” John Geer, the Vanderbilt political scientist who is overseeing the project, told me a few minutes ago. “It’s just further evidence that the fundamentals of this election are unchanged.”

The poll is different from Gallup’s for several reasons, Geer said. One is that respondents were shown the actual video of Romney making his comments – as opposed to just being asked if they’d heard about the controversy. In Gallup’s poll, Geer noted, “82 or 83 percent said they knew about [Romney’s comments]. I don’t believe that for a second. That’s just way too high.”

The Vanderbilt/YouGov poll also attempts to identify authentic swing voters – a distinct, and much smaller, group than the voters who call themselves independents – and oversamples them. The Ad Rating Project has been monitoring these swing voters’ reactions to ads throughout the campaign, but because of the explosiveness of the Romney video, Geer wanted to find out whether it was impacting them at all.

Geer says this is a function of polarization: “Let’s think about people’s media environments. The conservatives are going to be watching Fox, which is going to be interpreting the video in a way that squares with their perspective, and the liberals are going to be watching MSNBC, which will do the same.” Pure swing voters – which account for maybe 7 percent of the electorate, he estimates – generally don’t follow the news that closely, Geer said.

One reason why some swing voters might have liked the message of the video: 80 percent of respondents are under the impression that they pay federal income taxes. Many of them are surely mistaken, but if they don’t know Romney was talking about them, they’re not as likely to be offended.

The video could still be problematic for Romney, Geer said, since the controversy has taken over the week and made him unable to communicate his own message. It also might take a small share of those authentic swing voters – the ones who actually were offended by the video -- out of play for him going forward. But Geer emphasized how small the number of true swing voters really is in this election, and how hard it’s been for either campaign to make them budge.

Of course, there could be a silver lining in this for Obama, since he's enjoyed a small but consistent lead over Romney for the entire campaign. If a development like this doesn't turn swing voters against Romney in large numbers, then it will probably take something truly momentous for Romney to overcome the 2- or 3-point gap he continues to face.