Confirming what many have long suspected, women tend not to assert themselves in male-dominated environments 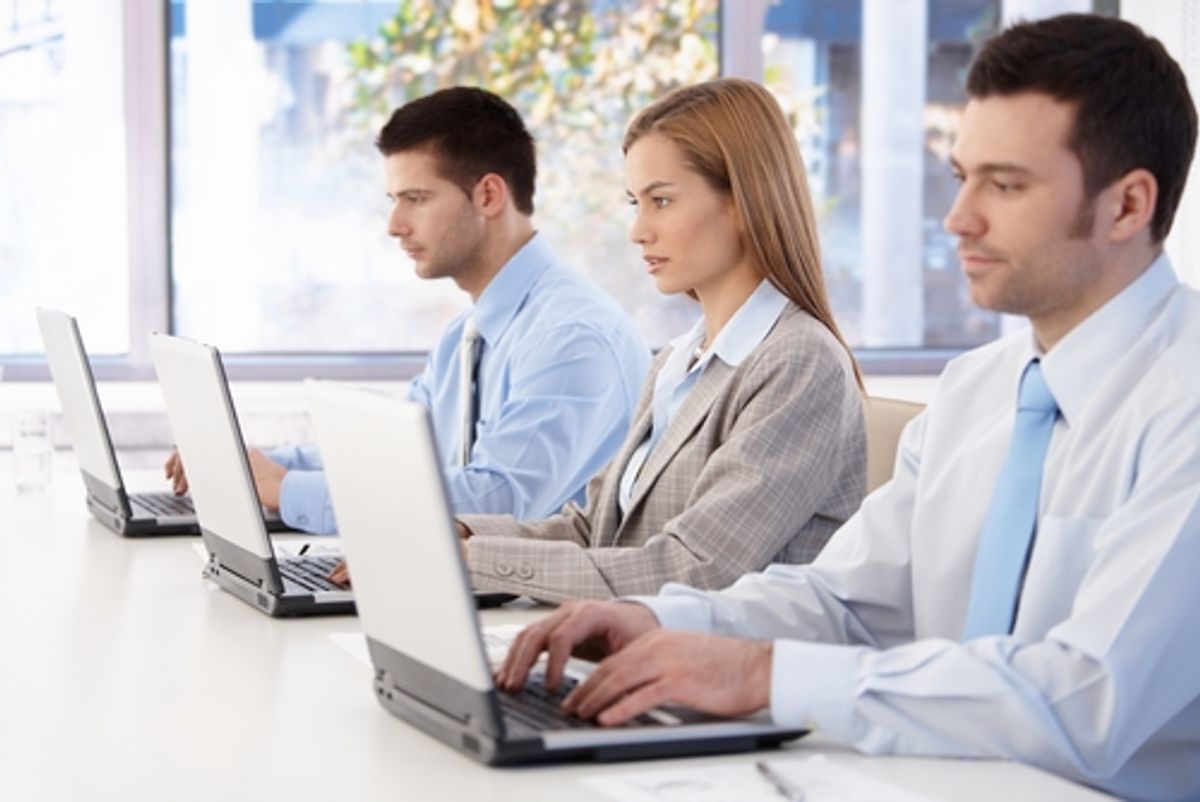 A new study confirms what most of us probably already know:

Scholars at Brigham Young University and Princeton examined whether women speak less than men when a group collaborates to solve a problem. In most groups that they studied, the time that women spoke was significantly less than their proportional representation – amounting to less than 75 percent of the time that men spoke.

This is maybe the most frustrating thing about being a feminist lady in the world every day, in my opinion. Because, as Lindy West points out, even loud-mouthed feminists often fall into this dynamic. “You forfeit, because their lungs are bigger, they’re groomed for assertiveness since birth, and you’re groomed to assume that nobody will take you seriously anyway. You wait for a pause in a room of interrupters.” I do this all the time. And the fact that I can feel myself doing it doesn’t really help usually–it just means I hate myself for it.

That’s why it’s great that instead of just offering an unhelpful reminder that women should take it upon themselves to overcome all their social conditioning and speak up more, the researchers suggest the “conditions of deliberation” should change. The gender gap in participation disappears when women are in the majority or when the decision being made must be reached by consensus rather than a majority-rules vote.

In formal deliberative environments–in the workplace, the school board, the legislative committee–this is useful advice. But in more casual settings, we might have to start by adopting Lindy’s pledge to refuse to be silent and just talk really, really loud. Because this actually matters. As one of the researchers notes, “When women participated more, they brought unique and helpful perspectives to the issue under discussion. We’re not just losing the voice of someone who would say the same things as everybody else in the conversation.”