Why the Chicago teachers won 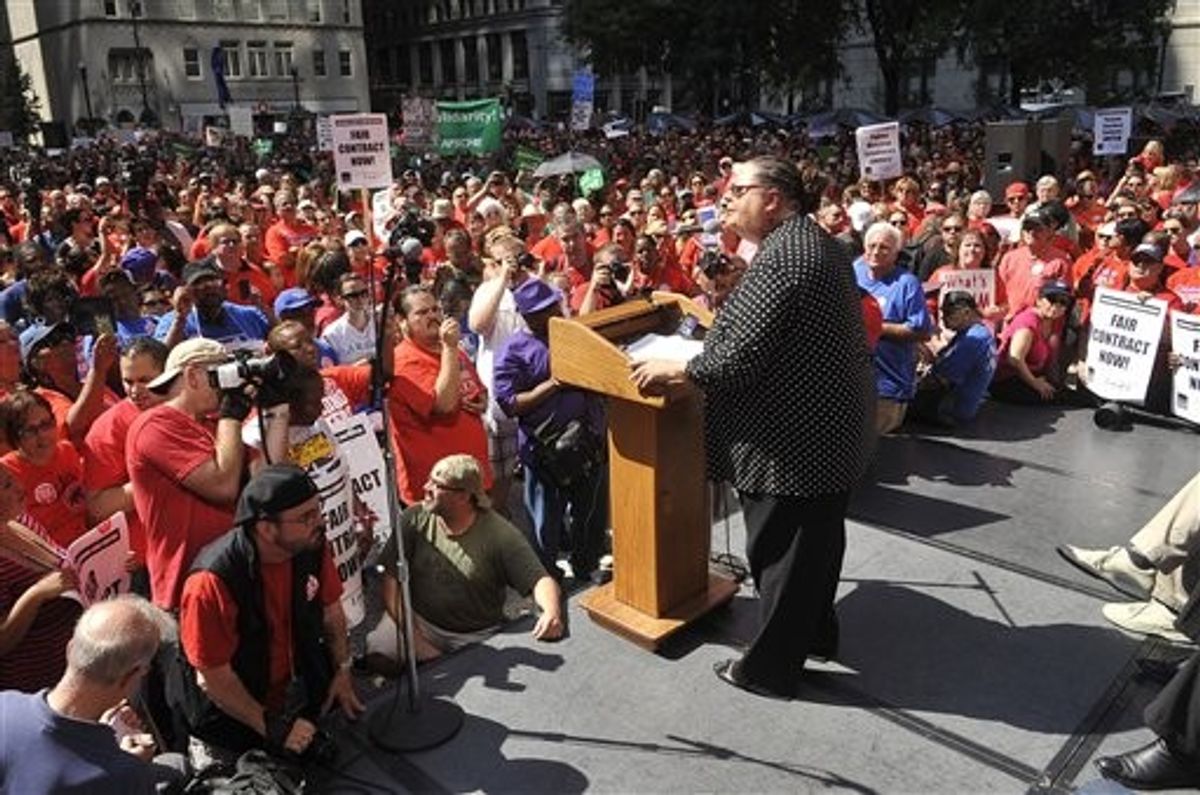 Consider the battle of Chicago’s teachers as a lesson for what’s ahead as the same struggle winds its way around the nation.

For the nation’s beleaguered labor movement, the six-day strike by the Chicago Teachers Union that ended on Tuesday is proof that a strike is not suicide, as has been the fate lately for most unions.

Indeed, as the end neared and they were heady with an apparent win, the teachers’ talk catapulted from standing up for teachers to standing up for organized labor and ultimately to speaking for bullied, and exploited, workers.

In the buildup to the dispute, it didn’t seem likely that the union would be able to walk away. Not after the Illinois Legislature required the union to win a strike vote by 75 percent of its members, and not after Mayor Rahm Emanuel fearlessly carried out a number of steps that only riled up the union. But it did, with the three-year deal that its 26,000 teachers will soon vote on.

The union played its cards well. It honed an internal campaign that produced a 90 percent strike vote and kept its rank-and-file largely solidified until the end, when fired-up union members balked briefly at okaying the deal without mulling it over in detail.

At the same time the union delivered a message to the public that tamped down any serious or loud protests from parents and community groups. The anti-strike campaign waged by Emanuel’s allies and assorted foes of teachers’ unions surprisingly gained little traction.

Does this mean that others will get similar results if they carefully copy and paste the Chicago teachers’ strategy?

There are too many forces at play in school districts across the country to assume that the Chicago model will work for them. But it does provide a morale boost for unions that might otherwise avoid sticking their necks out.

One of the new dynamics is the message that Emanuel has sent to other Democrat mayors and politicians. He didn’t flat out dis the union the way the Republicans bash teachers’ unions, but he made it clear that they were selfishly holding back progress – a basic theme for GOP leaders and others who rant about “bully” unions.

If more Democrats nudge closer to Emanuel’s tough guy take on the Chicago teachers, then the national teachers unions and organized labor as a whole have to reassess their partnership with them. But the teachers also need to better show their commitment to change, and not just for themselves. Without well-announced policies and a game plan to carry them out, their foes will continue to hammer them.

But does anyone have solid, indisputable answers to how schools should fairly and accurately evaluate their teachers? It doesn’t seem so. And what are officials to do with their current staff as they shut schools because of low student performances, financial problems, shrinking enrollments and the growing tug of charter schools? Toss them onto the unemployment line and risk throwing out years of experience and commitment?

Saying Chicago’s teachers have not faced a new evaluation system in decades, city officials wanted student performances to account for as much as 40 percent of a teacher’s rating.  Union officials warned that the city’s plans could mean several thousands jobs cut in a few years. Instead, the contract sets student performance measures to the minimum required by Illinois law: 25 percent in the first year of the contract rising to 30 percent in the last year.

During the walkout, the union and others howled about the inadequacies of judging teachers based so heavily on their students’ performances. And as a New York Times chart shows, most of the nation’s larger school systems are wrangling with this.

Fearful about school closings that have trimmed jobs as well as the CTU’s ranks, the union fought for a recall policy to protect laid off teachers. The union compromised, agreeing to a deal that will require half of all vacancies to be filled by teachers hurt by school closings. But Emanuel said school principals will have greater flexibility than before in their hiring.

Protecting its ranks is crucial for the union. Chicago school officials pleaded financial distress before the strike, and the teachers’ 7 percent total pay hike over the three-year contract along with other pay boosts raises the likelihood of school closings. So, too, school officials appear intent on bolstering the charter schools, which today have over 50,000 students.

Along with teachers’ complaints about inadequate facilities for themselves, and inadequate services for their students, another, perhaps bigger, issue bubbled up during the strike. It’s one that Chicago’s teachers share with others and it’s probably the most daunting for the nation’s schools.

It’s a sense of unfairness and blindness to the reality the teachers say they face.

Chicago’s teachers work in schools marked by economic and racial isolation, schools where more than four out of five students are minorities as well as low income. As the teachers and others have pointed out, the schools in some of the most economically impacted and racially isolated neighborhoods in Chicago have suffered the greatest number of closings and with questionable results for many of the students. So, too, one of the gripes aired by teachers during the strike was that black teachers lately have shouldered a heavy share of layoffs.

Chicago teachers deal with students and communities marked and traumatized by violence. Yet the funding for anti-violence efforts, like many other basic social services, has been trimmed back due to financial problems.

The police have saturated some black and Latino neighborhoods, going after gangs, whom they say are behind the spike in violence. But neighbors in these communities increasingly say the gangs are not the sole cause. And the police superintendent recently admitted that the police “are treading water” in their effort to contain the pool of blood.

The mayor has cajoled neighbors to speak out more and show greater cooperation with police to stop the crime, as if the communities have been blind to the mayhem. The regular stream of anti-violence marches in the streets and the flight of thousands of blacks out of Chicago in recent years seems a message that the community knows very well what’s happening.

As a nation, we are bedeviled by the question of how best to teach our youth. But in places like Chicago, the challenge is more intense and basic. Schools in Chicago, Detroit, Los Angles, New York and in countless other places are asked to come up with solutions to problems that others long ago gave up on. The welfare system no longer redirects stunted ambitions. The prisons and courts no longer rehabilitate.

But the schools are not allowed to falter.

This was the real issue that the teachers and Chicago officials were arguing over.